Ancient Aliens Are Racist and Other Lefty Insanity 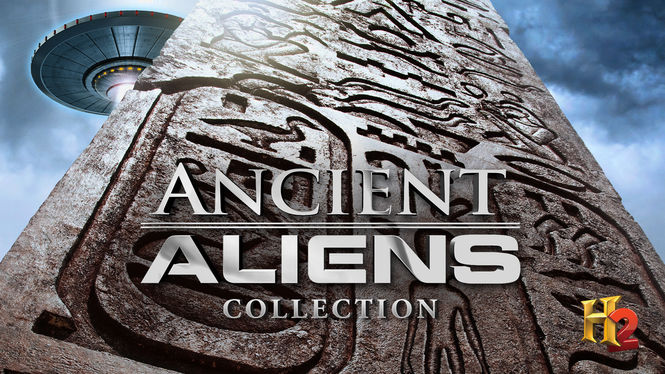 Your weekly guide to stuff liberals care about.

If you’ve watched The History Channel, you know that “ancient aliens” probably built the Pyramids and Stonehenge and maybe the Hanging Gardens of Babylon (and why wouldn’t little green men have little green thumbs?)

Of course, if you watch The History Channel, you also know that Adolf Hitler may have escaped Germany via U-boat and was spotted 1950 working as a volunteer starter at a Venezuelan golf course. At the long-abandoned Lebensraum Country Club, researchers have found SS-logo tees and a novelty mug reading, “A Bad Day on the Fairway Beats a Good Day in the Bunker.”

You may also be aware that Bigfoot guards pirates’ treasure at the bottom of a bottomless well on Oak Island. And that finding a saddle bolt from a 1916 Indian motorcycle beneath a pile of rat droppings turns on the American Pickers guys in ways that don’t seem quite wholesome.

In short, not much you see on the History Channel these days is worth spit as history, and the History Channel is about the only place you see this garbage. So why would academics spend time developing theories about (and liberal magazines devote pages to) ancient aliens? Because (wait for it!) racism.

On the site Hyperallergic, author Sarah E. Bond tells readers that recent archeological discoveries are more proof against the “long-held but fringe theory that the blocks were so heavy and the distances they would have to travel so lengthy that aliens must have built the pyramids.” She then goes on to devote more than 2,000 words to the “fringe theory.”

She blames a 50-year-old book by a racist Swedish crackpot for popularizing what she calls pseudoarchaeology.

“While [these] ideas might be laughable to most,” she says in that progressive way that tells us “most” are irredeemable bigots, “the creation of doubt is a pernicious and rhetorical agent … Far from innocuous, these alien theories undermine the agency, archaeology, and intellect of non-European cultures in Africa and South America, as well as the Native peoples in North America by erasing their achievements.” 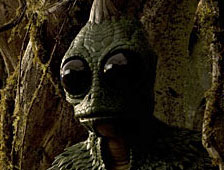 [Sigh] Okay, I’ll bite. Regardless of their provenance, why can’t these dumbass ideas just be a simple reaction to our dumbass bafflement? We see the Pyramids. We have an idea of the kind of technology and resources available when they were built (2589–2566 BCE, according to Bond -- you’re really surprised she’s the kind of progressive who uses BCE and CE instead of BC and AD?), and we have no idea how they managed it. They being humans, not “non-Europeans.” Race doesn’t even enter into it.

When the Pyramids were built the Egyptians were about the only game in town. The Parthenon, the Great Wall and the Gibson Les Paul were thousands of years in the future. If Northern Europeans had managed the same thing at the same time, plenty of people would be wondering if aliens or angels or Sleestak had a hand in it. But the Gauls and the Germans didn’t do it. The Egyptians did, and their achievement blows our minds. Somebody smelled a sucker (or 65 million of them, buying his book over 50 years) and resuscitated some old notions about spacemen.

“It is notable that many (though not all) extraterrestrial theories focus on archaeological structures at sites within Egypt, Africa, South America, and North America — a fact that has led some academics to see beliefs in ancient alien engineers as a stalking horse for racism,” writes Bond.

It is also noticeable that some academics make a career out of finding racism everywhere but Egypt, Africa, South America and (pre-Columbian) North America. And it’s also noticeable that Bond, as an assistant professor of Classics at the University of Iowa, might be such an academic. She’s at pains to make sure we know she’s not fond of white guys doing stuff -- “In Search of Ancient Astronauts (featuring a cast of all white men)” -- or saying stuff -- “Ancient Aliens on the History Channel ... has featured a mix of mostly white male conspiracy theorists posing harmful questions about the legitimacy of human involvement in archaeological structures.” She even cites an article written for the Southern Poverty Law Center (the hate group that pulls in millions by screaming “Hate Group!” at everyone to the right of the World Workers Party.)

Ancient alien theories are dumb and dishonest, but at least they entertain some people. Too bad Bond can’t say that.

Unless the ancient aliens were polyamorous bisexual teens … If a spaceship were to land and its inhabitants emerged saying, “Hi, we’re the ancient aliens who helped build civilization. Would you like help tearing it down?” What would your response be?

I know mine: I’d hold up a copy of Open Earth and say, “Nah, little green dudes. We got this.”

That’s really, really cool because we’ve been like so repressed.

Due to the Christian Protestant history of the United States, our overall culture privileges heteronormative, monogamous relationships; however, things are changing. As our culture continues to shift, so do our views on what a healthy and happy relationship looks like.

Hmm. I’m reminded of the immortal Derek Smalls in Spinal Tap: “Now, I mean a song like "Sex Farm," we've taken the sophisticated view of the idea of sex, you know, and … put it on a farm.”

So Open Earth is set on a spaceship after humans have been forced to flee the Earth. Guess why we’ve had to leave.

Earth was on a collision course with a huge asteroid? Nope. The Sun was about to go supernova? Uh-uh. Gentrification drove up property values and caused a shortage of affordable housing? No, silly. We had to leave because of climate change! Yeah, satire is dead.

Anyway, Bust interviews author Sarah Mirk and we get some deep thoughts. On “nonmonogamy”:

Open relationships can be really positive and wonderful, though of course also fraught with lots of feelings!

On honesty and sex:

I think that honesty is the key to good relationships.

Instead of being afraid of aliens wiping us out, I think we should all be afraid of us wiping ourselves out.

On what she wants readers to take away:

This is meant to be a sweet, silly, romantic book.

A sweet, silly romantic book about post-apocalyptic, Spanglish-speaking teenage swingers. Like I said, Mork, thanks for the offer, but you’d just be making the rubble bounce.

Great. Progressive Princesses … Yes, they wear flannel shirts and work boots. I kid! I kid because I love. Actually, I kid because I don’t care. But someone named Inkoo Kang at Slate sure does.

Writing about Disney’s new Wreck-it-Ralph movie, Kang is positively wowed that the plot features all the Disney Princesses, but in comfortable clothes, and with irony.

“There’s something undeniably gratifying about Disney’s Tumblr-esque treatment of its own princesses,” she writes, “which is no less than a culmination of the company’s pivot toward inclusion.” [eyes glaze over …] What Kang digs is “the rebranding of its princesses toward feminism, independence, and self-actualization outside of heterosexual romance.”

Disney recent princesses have been feisty adventurers with no use for handsome princes -- you “fish needing bicycles’ and all that.”

There you have it. Disney is repenting of its many, many thought crimes, and revising its world to suit Kang and her girlfriends at Slate. The company gets a pat on the head for flattering their vanity.