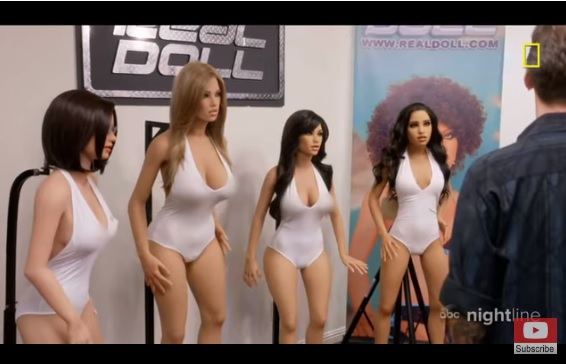 This column explores the funhouse of progressivism. Ride at your own risk.

When the higher education bubble bursts (and won’t that be a mess -- Gender Studies PHDs and Postcolonial Queer Poetry majors splattered everywhere!), you can still point your offspring down a sound career path. Pull Junior aside, look him purposefully in the eye and say, “Two words: sexbot repair.”

Welcome to the depraved new world of getting it on with home appliances. Just yesterday came the news that a Chinese company is planning to sell 50 percent of its “artificially intelligent android with full body movement.” (As a free-marketer, I’m no fan of tariffs, but if anyone in the Trump administration should notice the effort to flood the U.S. market with cheap sexbots, I could get on the economic nationalism train.)

Obviously, the advent of sex robots raises serious moral and ethical questions: Is sex with a machine dehumanizing? What will the impact be on other social interactions with people? Is it acceptable to slut-shame a sexbot?

But the thing with moral and ethical questions is you need to have morals and ethics to entertain them. That leaves out Slate, which posits that “Sex Robots Could Revolutionize Marriage—for the Better.”

The rationale of the piece is that you and your spouse will be happier and more productive if you reach for the toaster every time you get the old frisky feeling. “With sexual needs outsourced to robots,” chirps the article’s subhead, “marriages could become stronger than ever.”

The article is adapted from an essay by Marina Adshade in the book, Robot Sex: Social and Ethical Implications from the MIT Press. Adshade does address the social implications, but the ethical, not so much. She treats marriage as an economic arrangement, which it undeniably is. But she gives the whole “sacred union before God” bit a miss and goes right to hawking the bennies of electronic whoopie.

“By disentangling the association between sexual intimacy and marriage,” Adshade writes, “marriage may not end up as what we imagine it to be today.” And that’s okay because what we get instead might be super cool. “That new form of marriage would be a socially optimal arrangement in the sense that it would encourage efficient household formation and, as a result, lead to marriages that are more likely to stand the test of time.”

But wait, there’s more! (And this is the bit that probably recommended Adshade’s essay to the social sophisticates at Slate.)

And once we disentangle the association between sexual intimacy and marriage, it is not hard to imagine the removal of barriers that currently prevent married individuals from forming arrangements in which one, or both, seek sexual gratification with other, nonrobotic, individuals outside of their marriage.

So we disentangle sex and marriage by tangling with automated mannequins, which will hopefully prepare us to tangle with anybody we damned well want to -- robot or human. That’s a helluva long way to go to advocate for “open marriage.” But it sounds like a shortcut to tangled up in blue. The future ain’t what it used to be.

And now, more thrills and chills from the progressive freak show.

When The Birds and the Bees just ain’t enough. Say what you want about sexbots, but at least the pervs designing them try to make them somewhat human. Let’s step over to Broadly, where one Genevieve Belleveau has an article about her first time getting freaky with … a tree. She was eight. Yep. When you were playing with Barbie’s Malibu Dream House or putting baseball cards in the spokes of your bike, this kid was getting her rocks off on wood.

To be fair, Belleveau wasn’t just using Rainbow Birch (her name for the tree). “I don’t know if I can give human language to Rainbow Birch's personality,” she writes, “or the feeling I got around her—fascination, and love, and the sense that the tree accepted my feelings—that even if she didn’t love me back, exactly, she was receptive to my love for her.”

(She didn’t have much choice. Cuz she was an inanimate object.) Anyway, as always happens when girl meets tree, one thing leads to another and …

I tried to have sex with Rainbow Birch in whatever way a child or even a human can have sex with a tree. At that point in my sexuality, I was already having orgasms by rubbing myself on objects, like my bed. When I met the tree, I had similar feelings, so I tried it with Rainbow Birch: kissing her and hugging her and rubbing on her. But I felt a kind of shame afterwards, because I did that to a living entity without its consent.

Wait, that’s what made you feel shame? A second grader having sex with a tree? Hey, be your best self! But a second grader unable to get a verbal “yes” from the tree when she tried to get to third base with it? For shame.

Turns out consent is a problem she has in her “ecofetishism,” (that seems to be what it’s called.) “I can have these feelings and urges and desires to interact with plants in a certain way, but are they agreeing to be part of this exchange?”

I don’t know, but I do know the story turns out well. Rainbow Birch continued in its existence as, ya know, a tree and Belleveau grew up to be a “conceptual artist” and cofounder of Sacred Sadism, which sells “ecofetishist art objects & experiences for the novice kinkster to the seasoned sadist.”

Liberals F*cking Love Science! Tomorrow is August 18, and we all know what that means. Mercury will finally be out of retrograde! I know it can’t come soon enough for me -- I’m tired of the “consistent tension that is known to manifest situational obstacles, and physical stresses.” Like when my gin and tonic is in retrograde. 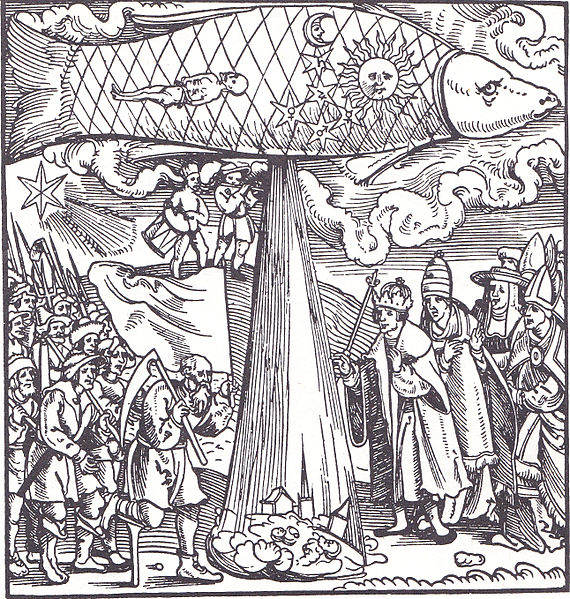 That, according to the lefty feminist site Bustle, is what Mercury being in retrograde does to us. “Typically,” writes Kaitlyn Wylde, “most zodiac signs can tell Mercury is in retrograde because everyone's lives essentially seem like they're not functioning properly, and everyday tasks seem to be littered with unforeseen complications.” Like when your gin and tonic is in retrograde.

We all know what it’s like: You dash to Whole Foods and can’t find an open spot to charge your Prius, then you get inside only to find out they’ve run out of organic cumquats. The cat knocks over your favorite Planned Parenthood mug just minutes before the guests arrive for your Crystal Party …

Well, I wish I’d seen Wylde’s article sooner, because she has “Five Self-Care Rituals” from “yogi and lifestyle guru Andrea Curry” to “fight back against planetary motion.” What are they?

Well, “essential oils” are an obvious start. Try “Frankincense, the king of oils and the oil of truth. And Sandalwood, which manages to be grounding and uplifting at the same time.” Not sure how she missed Cod’s Liver Oil, the county supervisor of oils and the oil of stuff you tell your kids when they ask questions you don’t want to answer.

While we’re on oils, try “oil pulling.” “That’s the ritual of swishing a plant oil around in your mouth for about 20 minutes. ‘From an ayervedic perspective it helps to balance mouth bacteria and balance your doshas which positively affects overall health and wellbeing,' Curry explains of the science behind the treatment.”

Gentle yoga is another lethal weapon in the battle against Mercury in retrograde. Curry does “10 to 20 Sun Salutations each morning.” At night, arm stretches help “release tension in your chest, neck and shoulders and keeps your mind alert … After you've done these movements, get into a supported child's pose to relax.” Child support pose. Check.

Finally -- and this will be surprising to many -- try a refreshing drink. Only a yogi and lifestyle guru could come up with a novel idea like that in summer!

Hey, until Mercury is really, truly out of retrograde, be careful out there. And make sure to balance your doshas.