Poking at the anthill of lefty thought.

The “border crisis” -- is there anything it can’t do? Last year it highlighted the inhumanity of both our immigration and abortion laws when the government refused to help a 17-year-old illegal in its custody kill her unborn child. Then last month it had liberals holding forth on the sanctity and efficacy of the nuclear family. How’s that for versatility? 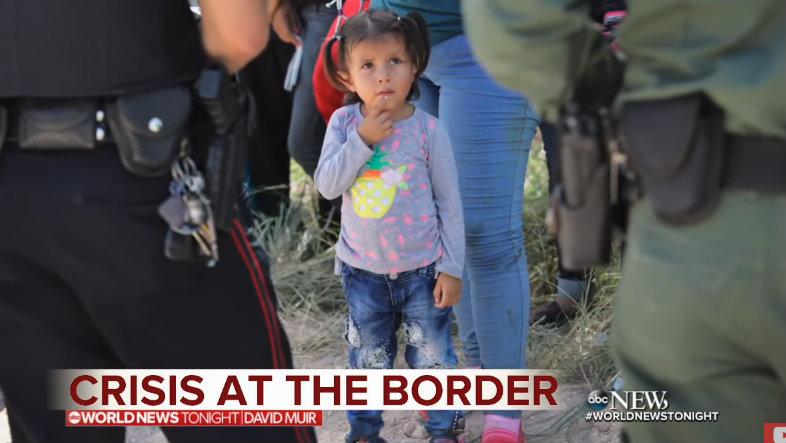 Now at Jezebel, Prachi Gupta has switched the Border Crisis-O-Matic’s Special Pleading dial to LGBT and fired it up. It seems that “trans women” are afraid to sneak across the U.S. border. And that’s a bad thing. Gupta introduces her subject with a sentence whose length is matched only by its hysteria:

As the Trump administration leans into its mission to find new, horrific ways to terrorize immigrants, many LGBTQ migrants, particularly trans women, fleeing violence in Central America are faced with an impossible choice: remain in countries where they face violence and abuse, or cross into the U.S., where they may be denied asylum and face additional violence.

It seems that if you show up at the border -- or, more likely, get caught crossing it illegally -- you can claim anti-LGBT discrimination in your home country and get asylum. Or it was that way in the good old days. Now, Gupta says “the administration has tightened its controls at the border, aims to prosecute all undocumented adults as criminals, weakened the asylum-seeking process, and dismantled LGBTQ protections across the board.”

The fear is that these trans women will be denied asylum and sent home. But there’s also this:

Trans women in immigrant detention are especially vulnerable to abuse. A 2016 Human Rights Watch report found that in 28 cases in the U.S. between 2011 and 2015, more than half of trans women were detained alongside men, where many were sexually assaulted. Half of the women in detention were placed in solitary confinement, which is another form of abuse.

Our immigration personnel are so benighted they haven’t figured out the special treatment required by .4% of the people they encounter. Monstrous! On the other hand, who would have predicted that lawbreakers would act like, well, lawbreakers and abuse someone? Good thing we have ICE to keep those miscreants out, right?

But ya know what? As horrible as the U.S. is -- and oh, Gaia’s vengeance on this evil country is gonna make Michelle Obama’s angry eyes seem like limpid pools -- it has certain advantages over our neighbors to the south. Gupta quotes a New York Times article about an El Salvadoran: Back home trans people “were killed outright or humiliated in myriad ways: They were forced to cut their long hair and live as men; they were beaten; they were coerced into sex work; they were threatened into servitude as drug mules and gun traffickers.”

And the journey to the border can be nightmarish, “even deadly, where they are vulnerable to human trafficking, sexual and physical abuse, and other forms of exploitation.”

That is truly sickening -- the kind of thing you want to make sure you don’t import wholesale, and a tragic example of how hellish life is without the rule of law. Even border law.

Quick Take: But is it funny? “Nanette,” Hannah Gadsby’s first stand-up special, explodes our idealized image of comedy. -- From Slate.

A Dingo Ate My Dignity. Australians turn to the Australian Broadcasting Corporation (the other ABC) for the usual news. When are the onions in bloom? What are the fashion-forward football referees wearing? Who’s been killed by a shark/snake/crocodile/giant freakin’ spider? They probably don’t expect to see naked gay dairy farmers. (There are other sites for that, if it’s your thing.) 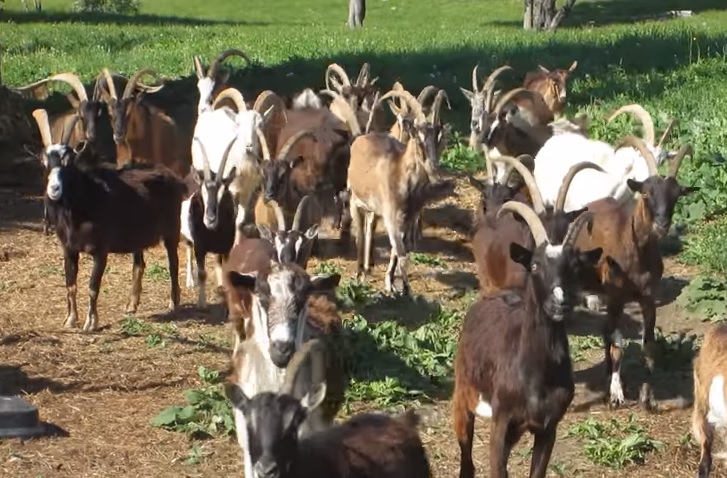 But there they were on Wednesday morning in an article by Nathan Morris. Kerry and Paul Wilson, a couple of smiling late middle age guys handling cheese in nothing but hair nets. Another photo shows them herding goats -- their outbacks bare for the world to see.

The average Australian news consumer’s reaction must have been something along the lines of: “Crikey! Those tossers are goin’ walk-about with their stubbies in the air! Are they playing for sheep stations or are there a few roos loose in the paddock?”

Turns out to be the latter, in that the gay cheesemakers are part of a campaign whereby Aussie farmers get naked to raise awareness of mental health problems in the nation’s agriculture sector. There’s a calendar, apparently.

It’s a worthy cause, no doubt, even if the method is questionable. And it isn’t as though Kerry and Paul didn’t put serious thought into it before having a go at naked goat husbandry. Morris tells us:

“Kerry had reservations about not having the right body type.”

Kerry seems very thoughtful in general, telling Morris, “It's been quite a journey, to the point where I left a wife and three sons to become openly gay in the dairy industry." How … admirable?

“Greying hair and aging bodies aside,” writes an admiring Morris, “ the couple hope that by baring it all they might become the role models they didn't have.” And really, what kid wouldn’t look up to a guy who broke up his family to pursue his dream of naked, same-sex goat milking?

Giving out black cards. By the time you read this, France may be out of the World Cup. Or not. There is no fraction of a decimal point adequate to describe how few hoots I give about this quadrennial spectacle of foreigners running around in shorts to creepy chanting. But a World Cup-related oped in the Washington Post (slogan: “Democracy is Hard to See at Night, but if You Squint You Can Sort of Make Out a Shape”), caught my futbal-jaundiced eye. 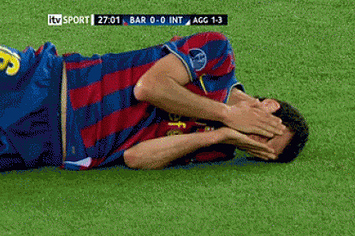 It seems that “calling France ‘the last African team’ in the World Cup is problematic.” Well yeah, you say. France, at last inspection, constitutes a big chunk of Western Europe. But let’s face it, you’re an ignorant knuckle-dragger.

The fact is, about half the French team have “African ancestry,” according to the Post Global Opinions editor Karen Attiah. Yep. And 70 percent of the Dallas Cowboys have African ancestry. They’re still an evil entity. So what?

Listen, if Attiah says there’s a problem, by God there’s a problem -- she’s a self-described “half-Ghanaian, half-Nigerian woman born in the United States.” (Or what used to be known as “American.”) She’s really bummed that all the African teams have crapped out, and she’s not sufficiently consoled by the melanin quotient of the French team.

I confess to having extremely mixed feelings about calling France an African team. I do share in the #RootingForEverybodyBlack sentiment. Kylian Mbappé is an absolutely phenomenal player, at only 19 years old. Still, by this logic, shouldn’t we black folks have been rooting for Latin American teams such as Panama, Colombia and Brazil — all teams that boast Afro-Latino players?

Then she relents a bit: “There is a certain glee that comes with knowing that racists, nativists and anti-immigrant politicians in France have to contend with the fact that the World Cup hopes of Les Bleus rest on the shoulders of black African men.”

So, uh, #RootingForEverybodyBlack is a thing? Substitute “white” and get ready fill out your unemployment forms.

Look, admittedly, I totally miss the geopolitical significance of soccer (I had the misfortune of having drinks with a Frenchman in England last time France won the Cup in the ‘90s. He was puffed up with pride and I was not suitably impressed. You think NATO’s in jeopardy now … ) I also don’t pretend to know the nuances of French racial politics -- the French are “kind of spiky and kind of French” in the words of Eddie Izzard, and colonialism wasn’t that long ago. I imagine it’s all really messy. Attiah says France “has a political obsession with colorblindness.” Sounds like a good thing to me.

But I’m an American. To a citizen of the world or Panafrican or whatever Attiah claims to be, color blindness is a tool of repression. Attiah writes “We celebrate when black people succeed in elite Western spaces, especially if those spaces are European.” Okay. “Black audiences around the world rejoiced last month when they released their opulent video for “Apes––t,” which showed the couple singing about their wealth and power inside the Louvre, flanked by black dancers undulating in front of priceless works of art.” So were they happy simply that black singers could afford to rent out the Louvre for a video shoot? Or was it the choreographed cultural debasement that turned them on?

Often, well-meaning liberals point to extraordinary accomplishments of immigrants in order to extol the virtues of immigration and tolerance. But such efforts reinforce the notion that black immigrants have to be superhuman to be deemed worthy of belonging in a white-majority society. We have to be superheroes with the powers of Spider-Man, capable of saving babies dangling from balconies. We have to gain entry into all the Ivy League schools and earn our fair share of advanced degrees. We have to be talented enough at sports to bring home championships and international glory.

I don’t know. I bet if you canvassed the melanin-deprived half of the French squad, they’d probably say it’s enough to be part of the team.

Amazing how the left can so complicate a perfectly boring game. Thankfully, I’m done thinking about soccer for another four years.