Were the Founding Fathers White Supremacists? Liberals Seem To Think So

Lest we forget that the left considers the American founding our original sin, a recent string of articles, lawsuits, and so-called “activism” is taking aim at America’s founding fathers. They were too white, too male, not woke enough, some owned slaves. And anyway, the Constitution is silent on gender fluidity.

On June 1, James Madison Memorial High School senior Mya Berry launched a petition to shorten the name of their school -- erasing Madison’s name from it entirely. Apparently, the school’s name made Berry feel “more than unsafe.” The proposed name-change would, according to Berry, comprise a remedy for several racial affronts she had experienced at Memorial. The school’s name sake, like several founding fathers, owned slaves yet argued for gradual emancipation efforts and “wished to see [slavery] diminished and abolished by peaceable & just means.” 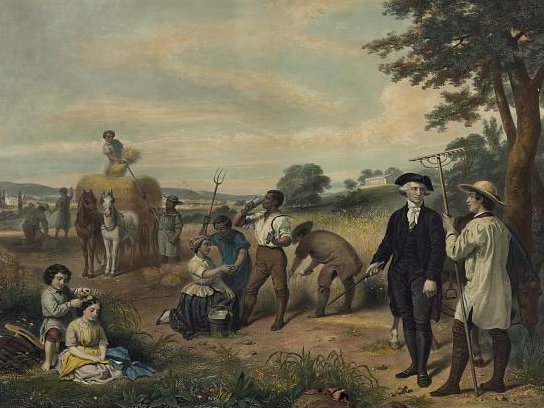 Of course, Madison Memorial High is in Madison, Wisconsin. Not sure if Berry’s sense of insecurity extends to her municipality, but Madison is an extremely liberal college town. She should think big.

Former Councilman Mario Salas of the San Antonio Coalition of Human and Civil Rights really, really doesn’t like those racist founders. In The San Antonio Observer he dubbed them “ancestors of a white supremacist movement.” Salas penned these accusations as a response to his failed efforts to remove the historic monument in San Antonio’s Travis Park that commemorated Confederate war dead.

Salas claimed all monuments honoring the deaths of “soldiers that defended slavery” were a mere guise for institutionalized racism: “These statues represent a long history of oppression.” Fair enough, but Salas seems to think that because he wants to erase history, he’s entitled to make up its replacement. Salas asserted that the Revolutionary War was “as much about anything else. And that “Millions of dollars invested in slavery would be lost if the British won the war.”

Then there’s this: “England eventually opposed slavery before the U.S. did, and this set off a wave of anger that fueled the 1776 Revolution.” So a wave of anger over something 40 years in the future (Britain would not pass its Slavery Abolition Act until 1833) sent the colonists to the barricades?

And this breathtaking idiocy:

The third verse of the star spangled banner reads: “No refuge could save the hireling and slave. From the terror of flight or gloom of the grave. And the star-spangled banner—O! Long may it wave, O’er the land of the free and the home of the brave.” Keep in mind that the part about the “hireling and slave” refers to black people and is an attack against the British who freed slaves and had more blacks fighting for them than George Washington did.

Um. No. “Hireling and slave” referred to British soldiers. They were professionals, often the dregs of society, fighting for a monarch. (They called it “taking the King’s shilling.”) The line derides them in comparison with the citizen soldiers the U.S. fielded in the War of 1812. (Salas doesn’t seem to know that the anthem was written during that conflict.) And the British did free slaves in exchange for their service. It was a tactic to bolster the numbers of Tory partisans.

Salas’ action group isn’t the only organization disproportionately obsessed with the fact that several of the Founders owned slaves. The South Carolina Humanities Council partnered with The Slave Dwelling Project and Living Through the Eyes of the Enslaved on a project to bring tourists to Presidential dwellings run by slaves. “Tracing the footprint of slavery exposes former Presidents as slave-owners,” reads the Project’s website. Thomas Jefferson’s Monticello and Poplar Forest, as well as James Madison’s Montpelier are, naturally, first on the list of tour sites.

At lefty site CounterPunch.org, Mike Ferner writes that “A historically critical article about the American Revolution would typically discuss how the democratic promises of the Declaration were left hanging at war’s end, followed by a decidedly undemocratic constitution six years later.”

He then states all the ways in which the founders and the system they created, were insufficiently woke, before quoting extensively from a speech by the patron saint of left-wing revisionism, Howard Zinn. Blah blah, who did the Revolution really benefit? Yadda yadda yadda, what about the Indians? Blah Blah Blah, “the Revolutionary War, like all wars, was a class war.” It’s all the usual America-hating drivel.

Being a liberal is to always be miserable. Doubly so on Independence day.