Salon: Scientific Method Is ‘Antithesis of the Bible’

Salon almost every day makes sure to give its readers their daily dose of sex advice and anti-Christianity.

A Sunday feature announced that the scientific method is the “antithesis of the Bible.” 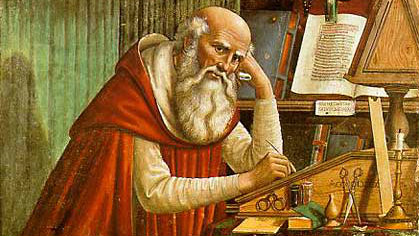 “It’s humble at its core, unlike Christianity which claims to be under guidance of an omnipotent God,” said Salon’s Zolton Istvan, former reporter for the atheistic National Geographic.

Istvan did not address how this makes Christianity more prideful than atheism, which acknowledges no being higher than man.

Christianity will be forced to upgrade in order to “cope with” science and progress or it will no longer have any staying power in society, Istvan remarked.

“Everywhere around us, traditional Christian theology and its culture is breaking down in hopes of remaining relevant.”

Sadly, Istvan touched on a real phenomenon: Christians do water down their religion in an attempt to better fit in with the culture. However, Christianity addresses human nature, which is always relevant to society.

Ironically, Istvan complimented the Bible when he expressed his frustration with its tenets, which “cannot be logically interpreted in a multitude of ways—or flippantly passed over in generous empathy.” Perhaps this is because they were not meant to be glossed over to make room for radical progressive ideas.

“Christian relativism” is the answer, Istvan decided adding that he is also a strong proponent for cultural relativism.

According to Salon, the Bible, which says, “But now faith, hope, love, abide these three; but the greatest of these is love,” is incompatible with empathy. So is Christianity, “at least not until it separates itself from its cornerstone philosophy: adherence to the Bible.” Progressive Christians will be forced to say Christianity “made a mistake with its past fundamentalism.”

Salon misrepresents Christianity many times, saying Christians can never profess to believe in equality between men and women and making it sound like Pope Francis changed the Church’s doctrine on divorced Catholics (he did not).

Istvan also makes broad generalizations saying Christians cannot claim to have a loving and kind God as long as He punishes transhumanism.

However, the author seems to end up relying on faith after all. “Get used to not knowing anything for sure — then make up your own mind on what you believe.” What would he say to someone who told him reason had led him to the door of faith?