It is not enough for a Huffington Post contributor to write a hit piece on someone who challenges the  Equal Rights Amendment. She made sure to throw in a slur.

On Monday, HuffPo’s Kimberley A. Johnson urged feminists of all stripes to embrace and push for the Equal Rights Amendment (ERA). She blamed its failure to pass in the 1970s on a “toxic gender traitor by the name of Phyllis Schlafly.” 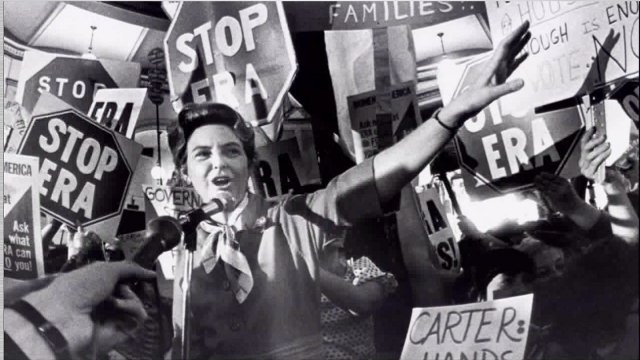 “The United States doesn’t have a gender equality clause in its Constitution, but according to that founding document, 38 states are needed to ratify an amendment,” she said. “We came close back in the 1970s and secured 35 states,” she added, before Schlafly, a prominent conservative lawyer, activist and author “told a series of preposterous lies about what a ratified Equal Rights Amendment would mean, and the growing momentum to ratify it came to a screeching halt.”

Johnson did not try to address Schlafly’s arguments that the ERA would cause detriment to women in many ways.

The “preposterous lies” that Schlafly told conservative women and the American public were among other things how the amendment would compromise alimony rights, require taxpayer funding for abortions, eliminate “dependent wife” benefits in Social Security, and threaten the tax-exempt status of schools and hospitals run by faiths that do not ordain women.

ERA backers painted Schlafly’s opposition as a direct attack on women’s rights. Ironically, it was they who missed the injurious consequences the ERA would have on women.

Schlafly is no stranger to the media’s ire. She has endured it on many occasions for her conservative values including being called the “Wicked Witch of the Midwest” and being insulted by several journalists.