ABC decided yesterday that anti-Catholic shows are worth keeping afloat a little longer even when ratings continue to drag.

Despite pushback from conservative and Catholic groups, ABC renewed its new sitcom The Real O’Neals for a second season, Deadline reports. 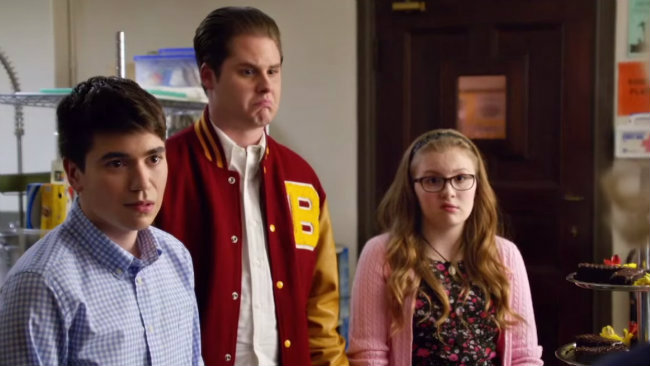 Poor ratings for the 8:30pm Tuesday show apparently did not dim the network’s spirits enough to scrap the vigilantly anti-Catholic show, which is based loosely on the childhood of producer and gay sex advice columnist Dan Savage.

Ratings have been fairly steady but low, with May 10’s episode garnering only 3.15 million viewers.

The Real O’Neals stars Martha Plimpton as Eileen, a Catholic matriarch who is desperate to keep up appearances as her family’s many demons surface over the course of the show. She and Mr. O’Neal are getting divorced, her son Kenny comes out as gay, her other son admits to an eating disorder, and her daughter steals constantly. In other words, no one is really that holy.

All the problems of the O’Neals turn out to be a good thing supposedly, and become the “beginning of a bright new chapter when everyone stops pretending to be perfect and actually starts being real,” said Deadline.

Even critics were skeptical of the show’s entertainment value.

“There is nothing ‘real’ about The Real O’Neals,” remarked New York Post writer Robert Rorke. “Or anything funny.”

“One wonders how network programmers would react if the offensive jokes heard here were used against another religious group,” he added.

The show has pushed multiple liberal agendas including questioning why there are no female priests and showing two youngsters on a gay date.

However, ABC is not concerned yet about critics, those who have expressed disappointment, or the struggling ratings. Perhaps the network is hoping the show’s troubles will disappear and bashing Christians will become mainstream.