Goya originally sponsored but backed out and promised not to advertise on the show after the Catholic League met with the company. “We have had productive conversations with several sponsors lately,” said the League in a press release. 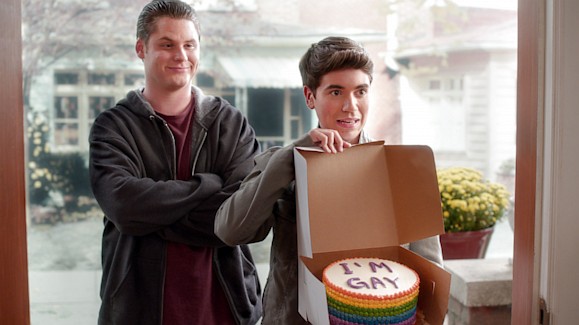 While the caricatures drawn by the show are meant to show religious families with their facades of holiness down, there is little that is real about the Real O’Neals.

As with many of his endeavors, executive producer Dan Savage’s purpose with the Real O’Neals is to undermine both the Catholic Church and conservatism. In 2003 Savage “Google-bombed” Rick Santorum’s name to mean an x-rated sex act. He has on multiple occasions viciously bashed the Catholic Church and Christianity, including saying, “we can learn to ignore the bulls**t in the Bible about gay people.”

The Real O’Neals is not the first show bashing Catholics ABC has kept alive. In the 1990s ABC dragged out Nothing Sacred’s run.

It makes little sense for companies to put their advertising dollars behind a show that has struggled from the start both with critics and ratings. Yet ABC continues to keep the bigoted show alive.

The companies that sponsor the anti-Christian program are: