Fusion’s Molly Osberg penned a 4,000 word, profanity-laced pitch for polyamory, explaining why open relationships are more natural and better fated than monogamous ones. 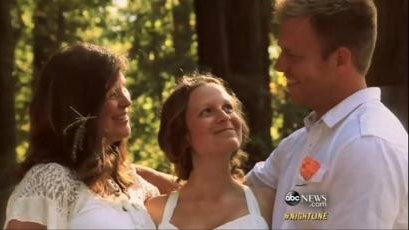 “You’d think that the sexual revolution our parents imagined would’ve been the scaffolding for a more vocal promiscuity, one that could support affairs with porous borders,” Osberg commented. “But it hasn’t quite happened yet. What’s the holdup?”

Osberg forgets that most consider infidelity a breach of common decency and morality.

A recent YouGov/Huffington Post poll showed that 86% of U.S. adults have never been in an open relationship, and 72% would never consider being in one.

Osberg gave an example of high school sweethearts who married at 18 and divorced within three years. The couple was happy until they found out that “people change. Priorities shift. Resentments become so deeply lodged they end up being indistinguishable from the relationship itself.”

The woman, who admits she is a “handful, emotionally” said the swinger culture in the military made her realize that the “‘comfort and stability’ of monogamy isn’t worth the monotony.” She is on the “poly scene” now where she admits she has trouble finding “normal people.”

Does this surprise anyone?

The author made sure to give a shout out to gay culture, which she said has always been better at “navigating ambiguity” than straight relationships usually are.

Americans have a “tendency to pit single-partner bliss against a hedonistic and dysfunctional hook-up culture,” Osberg said, even though she added that polyamory itself is dysfunctional.

“Intimacy has a way of developing between people who spend a lot of time pressing their naked bodies together,” she remarked about casual hookups.

“I hated the scene but I was like, Oh my god. This is the way to live,” said a man who was in an open relationship with his casual girlfriend before they fell in love and it fell apart. He also said he noticed polyamorous people were very full of themselves.

The same man simply promised his girlfriend that he would shut down any feelings he developed for anyone else he slept with because they were not worth his partnership with her (sound easier said than done?).

“I don’t blame [polyamory] for the dissolution of that relationship,” he said. “I blame [his girlfriend] for that. Because, you know, love is a decision.”

Osberg commented that since infidelity refers to both adultery and abandoning God it comes as less of a surprise that the agnostic generation of today “is wrestling with the various Thou Shalt Nots embedded in monogamy.”

Monogamy has apparently only lasted because we have put it on a “moral pedestal” when in reality it is just as ridden with complications as polyamory.

However, she continued, polyamory wins because it “says we can have all of the feelings —however complicated or muted or fleeing—about the people we sleep with.”

While the article admitted that non-monogamy is not for everyone, “just as marriage doesn’t appeal to some,” it paints a hopeful picture that the future will bring about looser borders in relationships. We shouldn’t have to begrudgingly follow the script of monogamy or expect others to do so.

Although the numbers are sadly high of monogamous couples who are unhappy or broken up, Fusion makes a tenuous case for polyamory as an alternative. Each example of a polyamorous relationship is unhappy in one way or another.

Osberg is correct when she says love is a decision, so why do we blame monogamy itself rather than the people who make poor choices?