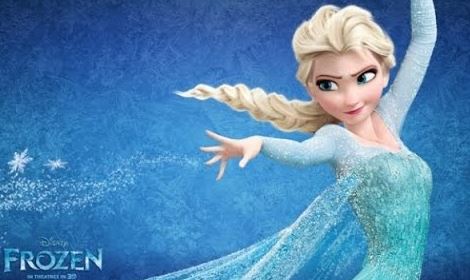 Straight Disney characters are so 2015! Elsa should just let it go and embrace her inner lesbian princess. That’s what LGBT supporters are demanding of Frozen and other Disney films.

And now Washington Post writer Jessica Contrera has noticed the absence of gay characters in Disney as well. There have been some ambiguous relationships between minor characters, such as the two male antelope roommates in Zootopia, but these instances are only noticeable to the most observant of movie-goers. For the most part, kids’ “movies have quietly reinforced a very traditional standard for romantic love.” You know, the standard that has been good enough for 5,000 years of civilization and matters to 97% of humans.

But if Disney is going to keep up with changing cultural norms, Contrera says, that’ll have to change.

And plenty of Frozen fans are calling for that on Twitter, using the hashtag #GiveElsaAGirlfriend: 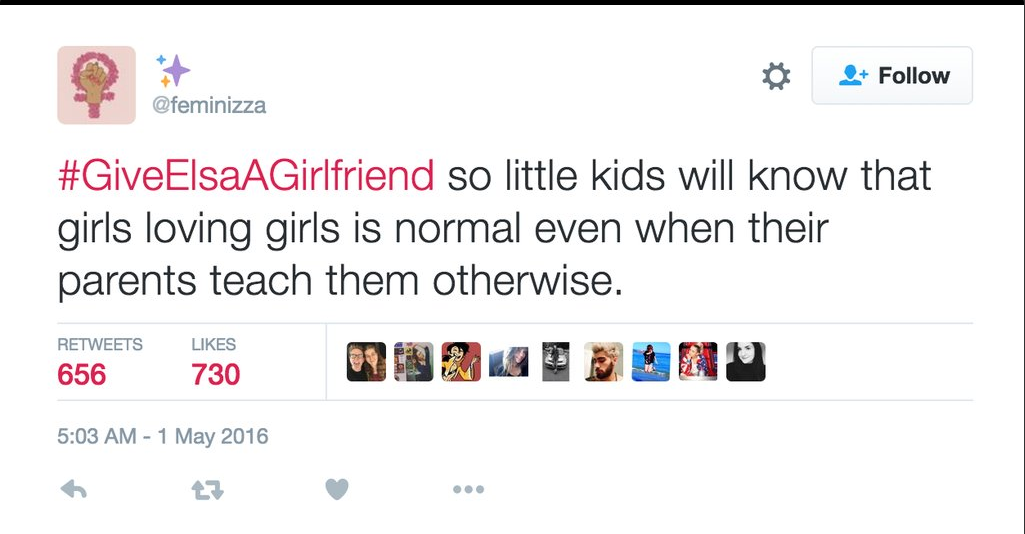 The push is on to get gay characters into kids’ movies and shows, along with other mainstream entertainment fare. Earlier this week, a Vanity Fair writer lamented the fact that Captain America was decidedly not gay. And GLAAD announced that Disney, among other studios, had a failing grade on its “Studio Responsibility Index” for its lack of LGBT characters. The Human Rights Campaign writes that “for LGBTQ youth who struggle to find acceptance, openly LGBTQ characters in movies and TV shows can become role models, providing inspiration and support to those who truly need it.”

So c’mon, Disney, get with the program! “Love is an open door,” right? What’s the problem with teaching kids that it’s OK to be gay?

Despite LGBT characters being standard-fare in adult shows and movies, Disney has been reluctant to include them in shows made for kids. It’s not because Disney is “close-minded.” Contrera reported that when Disney was asked if the company would include gay characters in future kids’ movies, they responded that the brand “has always been inclusive, with stories that reflect acceptance and tolerance and celebrate the differences that make our characters uniquely wonderful in their own way.” It’s because the company wants to turn a profit. Including positively portrayed gay characters “is a risk for children’s entertainment companies, who have a financial incentive to make movies as widely accessible — and therefore as non-controversial — as possible.”

2,000 retweets on Twitter doesn’t automatically equal millions at the box office. By not giving Elsa a girlfriend, Disney is acknowledging the fact that parents don’t want the gay rights agenda shoved into their children’s faces. If Disney is known for “reflecting changing norms,” then homosexuality isn’t as “normal” as the left wants it to be. The lefties may be ready for a gay princess, but parents who pay to take their little girls dressed in tutus and tiaras to see the latest princess film are not. They’d rather see what Elsa was intended to be: a strong and independent woman who didn’t need a relationship to define her.