In a recent article on the allegedly negative impact of defunding Planned Parenthood, Bustle not only skewed facts – it blatantly spewed out the abortion giant’s talking points.. 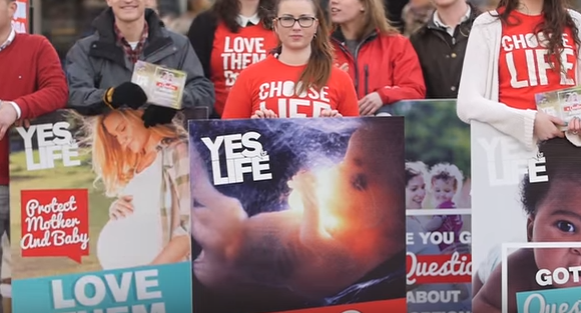 Last week, Bustle associate lifestyle editor Gabrielle Moss wrote a piece with the headline “Defunding Planned Parenthood For One Year Could Hurt You For the Rest Of Your Life.” She conveniently forgot to address that it would actually save lives (roughly 7.5 million Americans are missing today because of Planned Parenthood’s abortion “services”).

But no matter. Her argument instead detailed “a vast number of possible, real-world consequences” such as “access to birth control” and, most notably, abortion.

These consequences were indeed just that: possible, and (it seemed) utterly contrived. Moss tried to debunk the supposedly “abstract” notion of defunding America’s largest abortion provider in the new Senate healthcare bill. Moss’ defense of the abortion giant came as no surprise. While Moss has no qualms expressing her own pro-choice views, she has shown repeated hostility to pro-life writers and advocates.

While stressing that Planned Parenthood doesn’t “[receive] a big check from the government each year,” Moss missed the main reason many in the pro-life movement object to federally funding Planned Parenthood: Americans are reluctant to fund an organization responsible for millions of deaths. (“Government health services, reimbursements & grants” make up 41 percent or $554.6 million of Planned Parenthood’s revenue.)

But Moss also insisted “many low-income people and others in those areas might have nowhere to go for birth control, STI treatment, pap smears, prenatal check-ups, and other reproductive health care.” Perhaps Moss again forgot the health centers mentioned above provide most of these services. (Minus the abortion. Which is actually a plus.)

Quoting a 2015 Congressional Budget Office report, Moss bemoaned the fact that “15 percent of [Planned Parenthood’s clients] would lose access to care in the first year following enactment of the bill.” Yet she overlooked the very next sentences in the report – which proved essential:

CBO also expects access to care for those individuals would improve as other health care providers expanded or newly offered services, but the timing of that improvement is also uncertain. By 2020, CBO estimates that that only about 2 percent of the clients served by Planned Parenthood would continue to face reduced access to care.

Moss also made misleading connections between Texas’ maternal mortality rate and the state’s restrictions on abortion – something pro-lifers have widely debunked.

She then asserted it would be “impossible” for these alternative health centers to handle a potential 12 percent patient increase – disagreeing with the CBO content she chose to omit.

Moss also worried that the ability of FQHCs to absorb Planned Parenthood clientele was weak, at best. Aside from the ridiculous assumption that general practitioners would not know how to prescribe basic birth control, Moss claimed FQHCs would be ill-equipped to treat patients who don’t speak English – something she insisted Planned Parenthood is somehow more qualified to do:

“[Planned Parenthood] training also teaches them [clinic staff] how to offer counseling and health consultations tailored to specific groups, including young people, LGBTQ people, and people who don't speak English as their primary language,” she insisted.

But Planned Parenthood doesn’t even report on what percentage of its clients are non-English speaking, unlike the Health Services and Resource Administration which reported in 2015 that 22.8 percent of FQHC clients are best served in another language. Furthermore, these health centers proactively practice “cultural and linguistic competence…[enabling] professionals to work effectively in cross-cultural and linguistically diverse situations.”

Yet another tidbit Moss didn’t include.

Lastly, Moss again quoted the CBO by writing that “the number of births in the Medicaid program would increase by several thousand per year.” Since approximately 50 percent of American births are currently in the Medicaid program, this would result in roughly 0.002 percent increase in annual Medicaid births. And Moss heartlessly regarded the existence of these individuals, human persons born on account of Planned Parenthood closures, as lamentable.

Not only did Moss ignore the existence of pregnancy centers and adoption agencies, as well as federal and state parental assistance programs and benefits, she avoided ever confronting why the pro-life movement wants to halt funding for Planned Parenthood: Americans don’t want to fund an organization –  in any way – that tramples on the life and dignity of the human person.