According to The Hollywood Reporter, Actresses Melissa Rauch and Zosia Mamet are set to perform The Secret Lunches of Chelsea and Ivanka in New York July 24. Naturally, all proceeds will go to Planned Parenthood.

One of The Public Theater’s unapologetically political productions, the show is “a ‘modern day’ political satire that explores the events leading up to the 2016 election through the unlikely friendship and clashing perspectives of two American First Daughters.” Rauch has starred in The Big Bang Theory, while Mamet starred in Lena Dunham’s Girls. 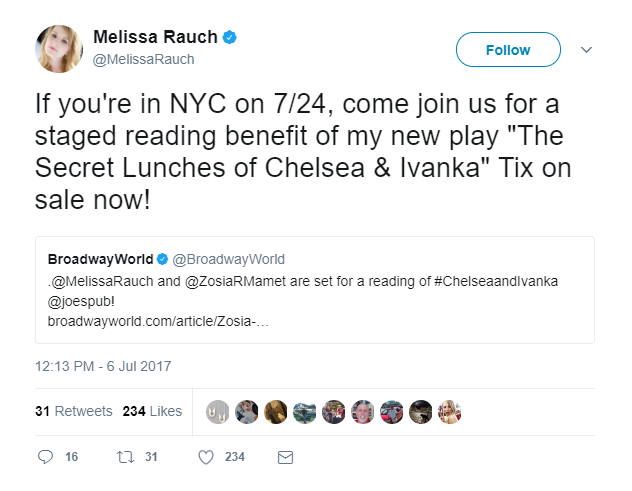 Both actresses have recently displayed left-wing political preference – with Rauch retweeting names like Rachel Maddow and Sen. Kamala Harris back to back, while Mamet and her husband organized a Facebook Live telethon for the ACLU. 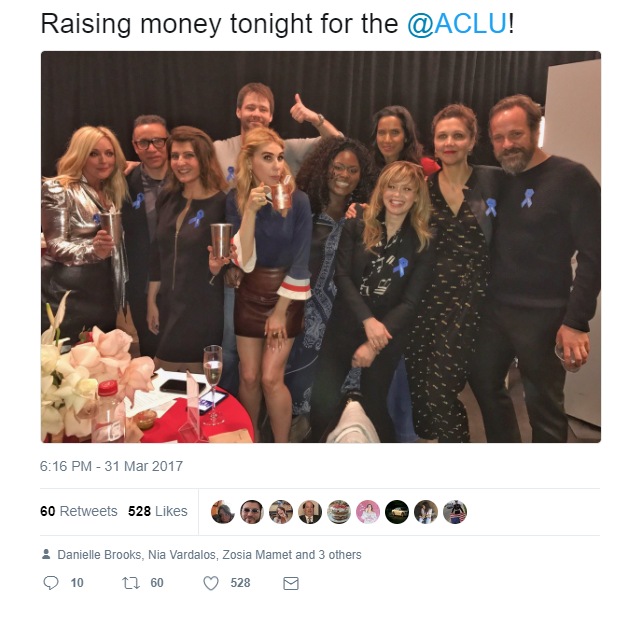 Refinery29 lauded the performance (unsurprisingly) declaring: “The only thing better than watching badass babes performing together is knowing that the event helps to provide millions of women with access to reproductive health services.” Refinery29, after discussing the production, was quick to point out Planned Parenthood offers “… a plethora of other women’s health services at their locations across the country.”

Yet it certainly doesn’t appear the abortion giant is lacking in donations, with big-name donors such as ExxonMobil, Wells Fargo, and Verizon, among many, many others.

Rauch and Mamet are simply furthering the trend in unoriginal left-wing celebrity political commentary – which is becoming increasingly cliché.