In Letter To Trump, Cecile Richards Lies: 'They Will Have Nowhere Else to Go'

On June 20, 2017, Planned Parenthood President Cecile Richards wrote a misleading open letter to Donald Trump just before his visit to Iowa. She called her multi-million dollar abortion organization “lifesaving” and claimed that Planned Parenthood closures would cause many to lose health care - among blatant other lies. 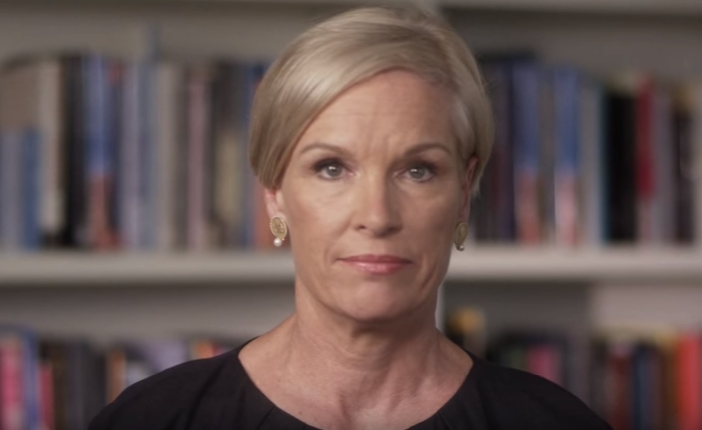 “Since the first days of your administration, women’s health care has been under assault - endangering the lives of low-income women around the globe, undermining a woman’s ability to decide if and when to have a child, and making it harder for people to have and raise a family...Your health care repeal bill will cause millions of women to lose their insurance, could allow insurers to drop maternity coverage, and block people with Medicaid coverage from accessing preventative care at Planned Parenthood.”

“Richards bemoaned the fact that in Iowa, “14,600 women will no longer be able to see their trusted health care provider for cancer screenings, STD testing and birth control. For many, they will have nowhere else to go for this basic care.”

On June 22, Bustle affirmed and repeated Richards’ lies in a piece they wrote on the letter:

“Cecile Richards invited Trump to visit Planned Parenthood clinics...The proposed health care bill, which could be up for a vote before the Senate's July 4 recess, has been heavily criticized for potentially taking away subsidies for things like birth control, STD and HIV testing following sexual assault, and maternity care — all issues that millions of low-income women turn to Planned Parenthood clinics for.”

Yet Richard’s rhetoric on the impact of Planned Parenthood closures in Iowa is, for the most part, false. According to the State Data Center of Iowa, nearly 1.6 women live in the midwestern state - which, according to Richard’s own statements, means less than 1 percent of Iowan women actually use Planned Parenthood services. That “many” of these women “will have nowhere else to go” for cancer screenings and STD testing is simply false.