On the Late Show with Stephen Colbert, comedian Seth Rogen admitted to direct messaging Donald Trump, Jr. several times. While Rogen declared his tweets were “polite and measured,” they only made the comedian look like a typical Twitter troll.

Seth Rogen admitted to sending Donald Trump, Jr. several direct messages - but not before tweeting the following at him: 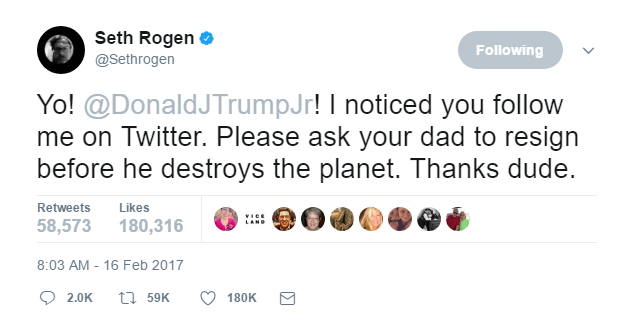 Rogen said he “hoped [Donald Trump, Jr.]” would do it, but was “shocked” upon receiving no response. And so, naturally, Rogen decided to direct message Trump, Jr., sending the following: “He man, it’s Seth. Your father is trying to discredit our media, collude with Russia, and destroy the environment. It would be super cool of you to be like, “yo, dad, why don’t you stop all this and go back to being just a guy on TV.” The majority of the world would be pretty psyched. Thanks!!!”

“Again,” Rogen told Colbert, “I thought I was polite and measured, but no response in any way.” Colbert then proceeded to DM Trump, Jr. to “check in,” saying: 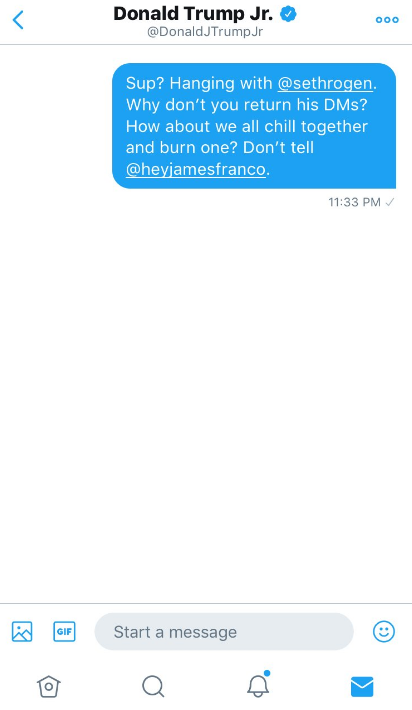 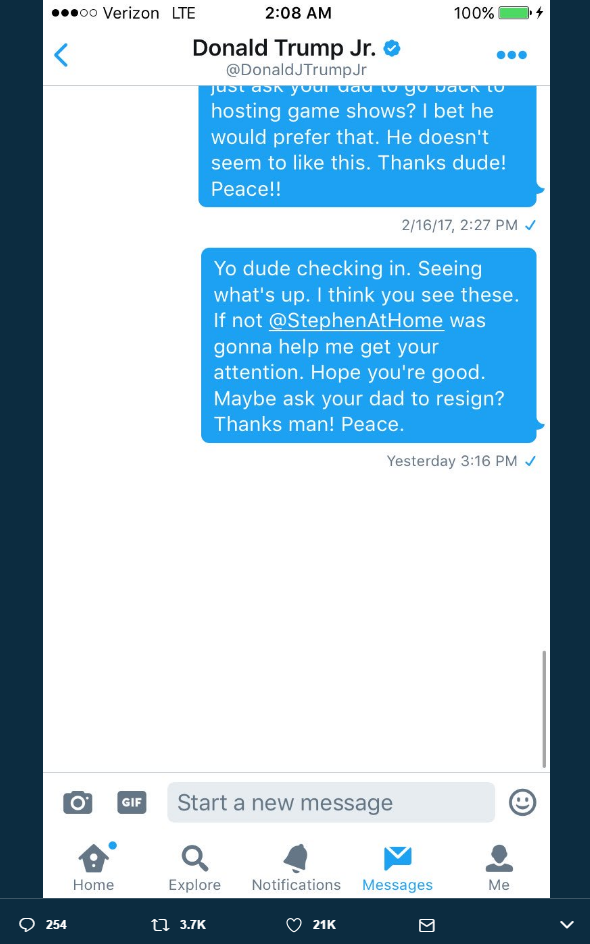