Al Franken’s recent book Giant of the Senate has a single aim, very much in line with Franken’s careers in media and politics: take down conservatives.

Chock-full of quintessential nasty Franken wit, the book guides readers through Franken’s time on Saturday Night Live, Air America, and – in recent years – the U.S. Senate. Reflections on (as well as various defenses of) his previous books, Lies and the Lying Liars Who Tell Them: A Fair and Balanced Look at the Right, Rush Limbaugh Is a Big Fat Idiot, and The Truth (with Jokes) crop up throughout the memoir. The book recounts Franken’s time in media and politics. Yet it ultimately boils down to a constant (albeit comedic) attack on anything that hints at conservatism. 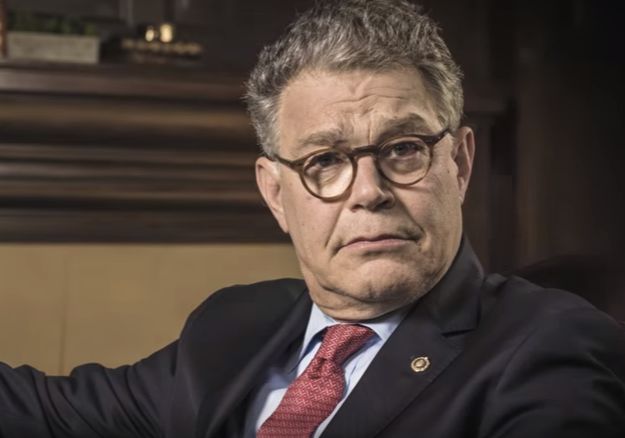 Franken recalls his argument in Lies and the Lying Liars Who Tell Them: “The right-wing media had created a right-wing echo chamber that often intimidates the mainstream media into reporting its distortions and outright lies.” There’s no mention of NPR’s Fresh Air and Radio Times, among other NPR programs which – in similar, echo-chamber fashion – devote virtually no time to disagreement between hosts, guests, and callers.

Franken recounts his time on Air America’s The Al Franken Show (formerly called The O’Franken Factor “to further irritate Bill O’Reilly”). And his first words on air could not have better identified his vendetta against conservatives: “We have watched the right wing take over the Congress, the White House, and courts and, as insidiously the airwaves. We need a great watchdog to track them, and until one comes along, I’ll have to do it.”

Franken later discusses how the show “had started with an explicit goal of defeating President Bush in his 2004 reelection campaign.” After all, Franken considered President Bush to be “one of the worst presidents in history.” He similarly sought to “debunk” perceived conservative media – “a lie-amplifying propaganda machine.”

Revisiting the The Truth (2005), Franken recalled the book’s final chapter, where he laid out what he hoped America would look like in 2015, including “a Democratic president” and “universal health care.” For someone who so values exposing biased media, as well as truly “fair and balanced,” viewpoints, it’s fascinating just how one-sided a Franken-style government would look.

When Franken did attain a Minnesota Senate seat, the Republican Party of Minnesota sent him a gift basket – including a map of Minnesota. Franken didn’t take well to the obvious jab at the fact that he hadn’t spent all that much time in the state prior to the election (he had been living in New York). And this is surprising. After all, Franken – a self-professed master of comedy – would later make several vicious jokes of his own to political opponents. One particular joke left Ted Cruz with “no words.” “I hate Ted Cruz,” writes Franken seriously – and this hatred (and the entire chapter devoted solely to it) is remarkably apparent. Franken humorously recounts that particular joke he made about Cruz to the Texas Senator’s face: “When most people think of a cruise that’s full of shit, they think of Carnival. But we think of Ted.”

Aside from mentioning oft-criticized pundits like Ann Coulter and Bill O’Reilly, the case Franken mounts against the ‘lying conservatives’ is virtually devoid of real evidence.

Some have speculated on Franken running against President Trump in 2020, but he has made it clear he does not plan to make a bid for the presidency. But perhaps Franken really would be the most qualified candidate to take on President Trump. With Franken’s unfiltered ‘hate’ speech, background in media, and penchant for politically charged tweets, this Senator might have more in common with our current President than he realizes.