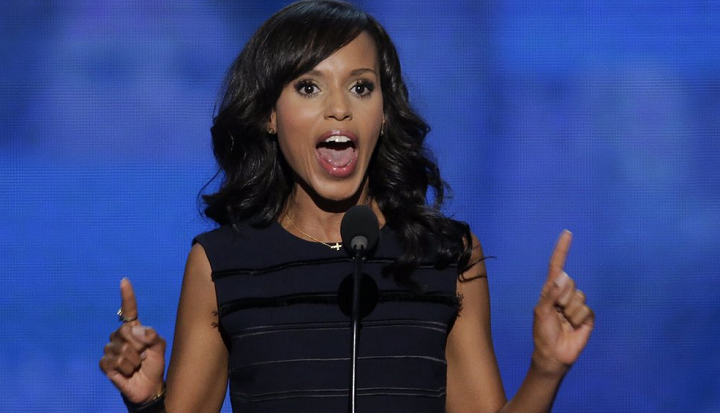 Put a race-baiting actress, MSNBC anchor, musician and filmmaker in a room together and what do you get? The perfect formula for the ACLU Awards Banquet. 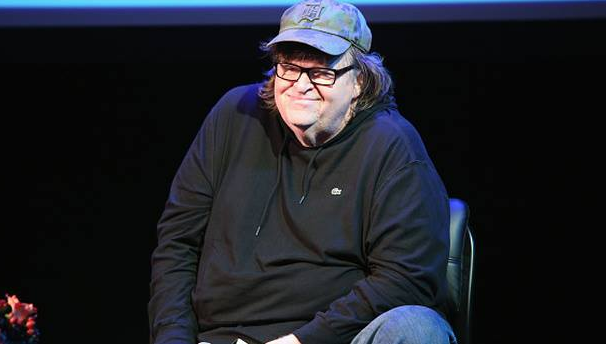 “Stand for Justice” was the slogan of the event where famous millionaire attendees complained about how unfair and racist the country is that gave them their wealth.

Kerry Washington’s introduction began with a clip from the “Ferguson episode” of Scandal earlier this year. In that episode, ABC presented the media’s fantasy version of Ferguson: an innocent black kid killed by an aggressive, racist white cop.

Afterwards, MSNBC’s Melissa Harris-Perry entered the stage to award Washington – but not before she went into a spiel beginning with the words, “Black Lives Matter.”

“I am an actual card-carrying member of the ACLU,” Perry boasted, before introducing Washington with enough praise to make a fangirl blush. 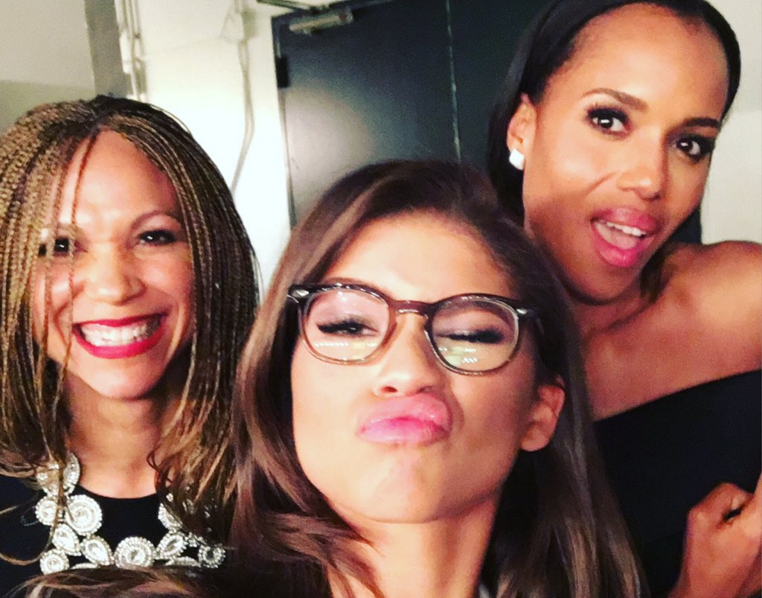 After Washington came on stage, she returned the gushing:

“Melissa, I continue to be in awe of you, every single weekend from 7am-9am PST. There is no one else who moves so gracefully from politics to academia to activism to pop culture, making the connections between those worlds and making us all smarter in the process.” 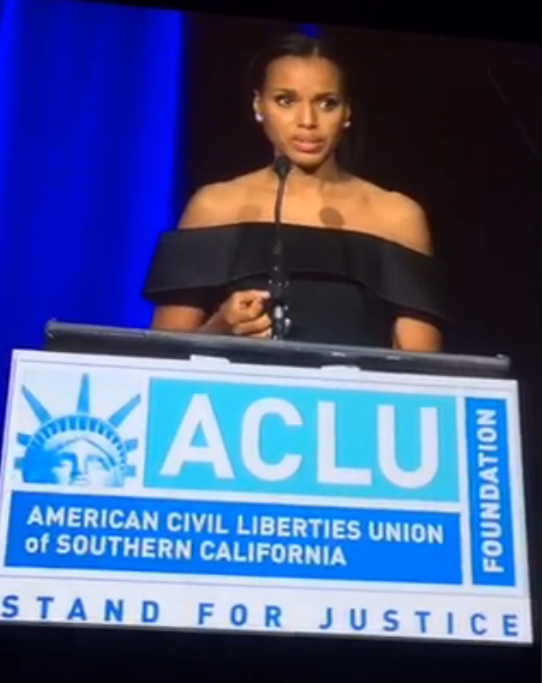 After the “No, I love YOU more!” back-and-forth, Washington started the typical liberal bashing of America for being the most-racist-place-ever:

Ironically, Washington’s “heartbreak” doesn’t extend to human beings in the womb, whom she doesn’t believe deserve “personhood” status, as evidenced by her support of Planned Parenthood:

#ProudFeministTweet I stand with @PPFA in the fight against the attacks on women and our repro health freedom. #StandwithPP

In an episode earlier this year, Washington’s character in Scandal helped another character obtain an abortion.

And every liberal rant isn’t complete without some Founding Fathers bashing.

“When they wrote the words, ‘We the People’ so many of us were invisible to ‘them,’” Washington whined. She then praised the ACLU for fighting to fix what the Founding Fathers got wrong:

“The truth of what the ACLU does is that you fight,to make this country accountable to its own vision. You fight for human beings to be seen as human. Not ⅗ a person. Not the ‘lesser sex.’ Not ‘illegal.’ Or ‘alien.’ Or ‘other.’ Or ‘wrong.’ Or ‘sinful.’ Or ‘unworthy.’”

Washington concluded her “poor me” speech by rejecting the notion that her fame and success indicated her country’s values of tolerance and equal opportunity for all:

“This is personal. This is about me and my fellow human beings, being seen as fully human, as equal. And it doesn’t matter about how many seasons of a television show I’m on, or how many awards I win, or how many best-dressed lists I appear on, I am in danger of not feeling human in my own country because of who I am.”

Yes, it’s so sad that you are paid $8 million a year, Ms. Washington, and still can’t “feel” you are a human in your own country. On that note, who could the ACLU possibly bring on stage to wallow further into self-pity and hatred for America?

Moore, the $50-million-a-year filmmaker who whines about income inequality, came on stage to thunderous applause and presented the second “Bill of Rights Award” to activist and musician Tom Morello. Moore complained about the number of minorities in prison saying, “This is a totally racist system that we have. There’s no other explanation for it.” He added, “It’s so appalling.”

What is really so “appalling” is that these liberal millionaires don’t see the irony in complaining about how terrible and injust America is while they live in the lap of luxury and security.