At the Family Research Council’s Values Voter Summit in Washington, D.C. Friday, GOP presidential candidate Dr. Ben Carson slammed the media as elitists who “just don’t get it.” He explained how the media use their position of power to mislead the public by sharing a recent anecdote where a reporter took his words out of context. 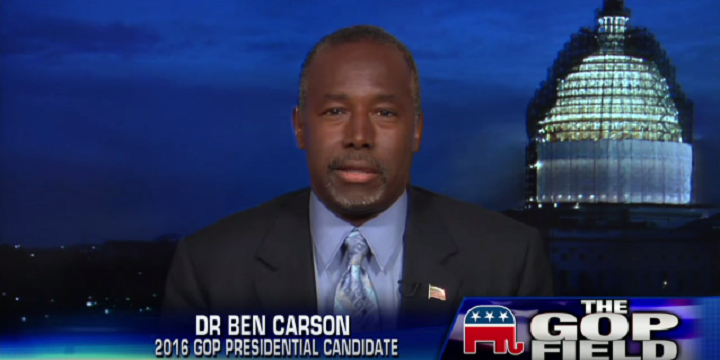 He began by joking that he was amused by the media’s clear bias when interviewing conservative versus liberal presidential candidates.

“I just am so tickled with the media,” he said. “I mean, these guys, they’re like they just don’t get it, you know?”

He went on to explain that although the media was “the only business in America protected by the United States Constitution,” journalists abused that privilege.

“[T]hey were supposed to be on the side of the people. They weren’t supposed to pick and choose which side they were on, because that distorts the entire system,” he explained.

Carson continued by delving into the backstory of a recent interview where the media alleged that Carson wanted to preclude Muslims from running for presidential office.

Carson explained how his words were taken out of context:

“I went back and forth with one commentator: ‘But you said that somebody who was of the Islamic faith and a Muslim could not be president of the United States.’ Well, you know, I said, ‘Will you go back and read the whole transcript?’ I said. Before that, I said, ‘Anybody from any faith, from any belief system who comes to America, becomes an American citizen, embraces our American values and principles and is willing to subjugate their beliefs to our Constitution is somebody I have no problem with.’”

“But he then comes back and says, ‘Yeah, but what about a Muslim, in the context of maybe somebody who didn’t fit in that category?’”

Carson reiterated his belief that he would not vote for a person who doesn’t want to follow the Constitution.

“I don’t care who they are – they can be a Christian – if they don’t fit in that category, I’m not going to advocate that they be president of the United States. It’s as simple as that,” he reaffirmed.

Carson went on to slam the politically correct media for suggesting that his personal views on the matter were that sensational.

“[B]y the way, not advocating that they be president of the United States in no way precludes them from running. The last I checked, we all had the right to decide who we wanted to advocate for.  We don’t have to, in any way, say that you must say this or you must say that. You know, political correctness is ruining our country and we need to stand up for what we actually believe. It’s ridiculous.”

He concluded by explaining that these sensationalized stories were distractors from the real issues, like fiscal irresponsibility.

“[T]he big problem with the media is they’re always, you know, going off into these tangents because they don’t want to talk about the real issues.  You know, we have some serious problems in this country.  You know, our fiscal irresponsibility is ruining the future for those who come behind us.  And as a pediatric neurosurgeon who spent my entire career working on the welfare of children, I cannot quietly sit by and watch us ruining their future.”