On May 12, Boseman delivered the 2018 commencement speech at his alma mater, Howard University. During his remarks at the historically black college, he cited the Bible multiple times and told the Class of 2018 to “find purpose” that God has “predestined inside of you.”

Boseman began his speech by “first, giving honor to the Creator” as well as his “ancestors on whose shoulders I stand.” He added that the graduates should “savor the taste of your triumph,” and “appreciate what God has brought you through.”

Mid-speech, he pointed to a particular moment in his own life where he relied on God. Earlier in his career, he said, he landed a soap opera gig on a major network that offered him six figures. But after reading the script, he found himself “conflicted” because it was “wrapped up in assumptions about us as black folk.” In response, he challenged producers while he tried “not to play this character like a victim.”

The very next day, he was “let go.” But Boseman said he was willing to take the hit if it “paved the way” for future, better roles. He quoted the Bible, 1 Corinthians 3:6, to illustrate his struggle.

“As the Scripture says, I planted the seed, and Apollos watered it. But God kept growing – God kept it growing,” Boseman said. “Yet and still, when you invest in a seed, watching it grow without you, that is a bitter pill to swallow.”

He concluded that “Sometimes you need to feel the pain and sting of defeat to activate the real passion and purpose that God predestined inside of you.” 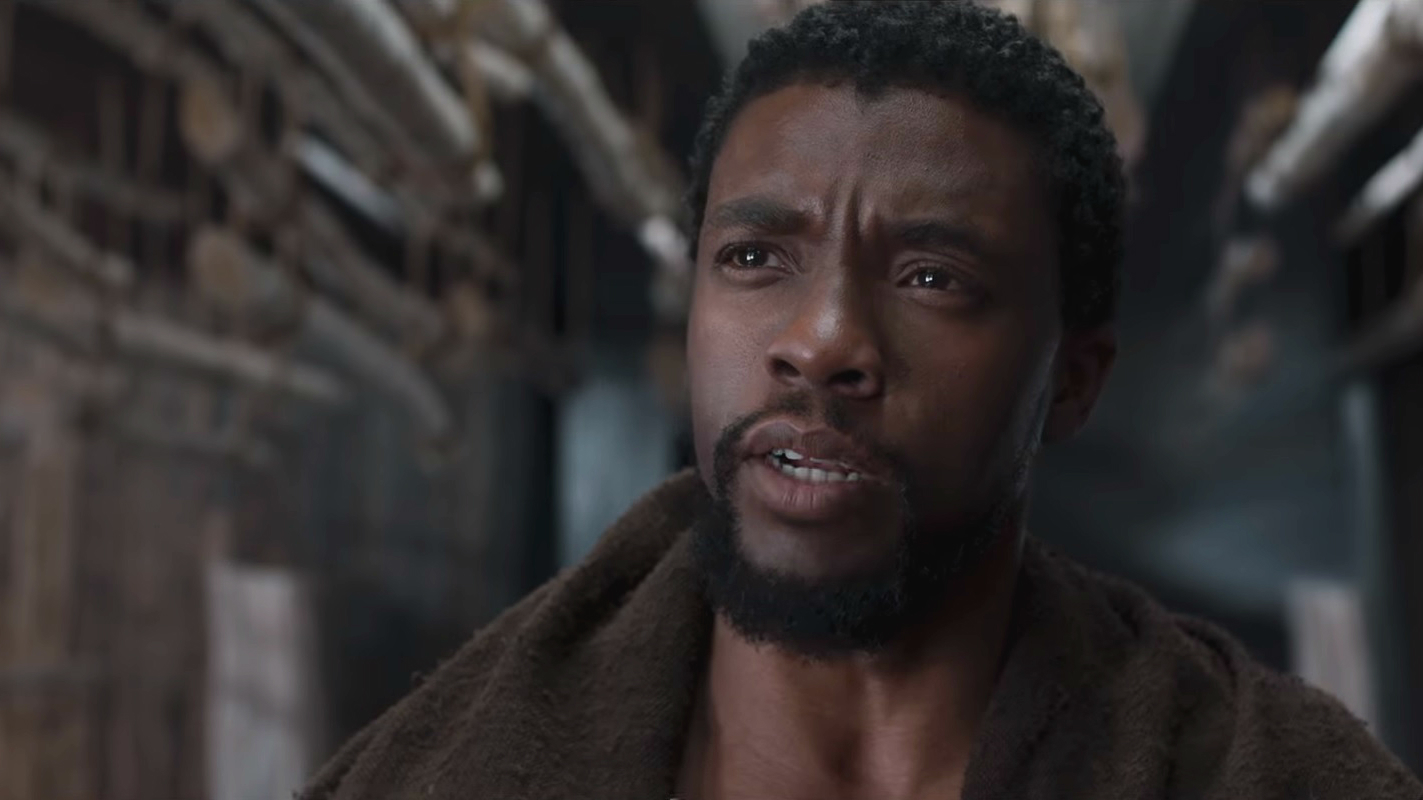 Towards the end of his speech, he cited the Bible once again – this time from Jeremiah 29:11.

“God says in Jeremiah, I know the plans I have for you. Plans to prosper you, and not to harm you. Plans to give you hope and a future,” Boseman said.

Those plans, he added, surpassed any career.

“You are deciding on next jobs, next steps, careers, further education, you would rather find purpose than a job or career,” he stressed. “Purpose crosses disciplines. Purpose is an essential element of you. It is the reason you are on the planet at this particular time in history.”

He continued, “Whatever you choose for a career path, remember the struggles along the way are only meant to shape you for your purpose.”

When God wants something done, he urged, it will happen.

“When I dared to challenge the system that would relegate us to victims and stereotypes with no clear historical backgrounds, no hopes or talents, when I questioned that method of portrayal, a different path opened up for me. The path to my destiny,” he said.

God does that for everyone, he said.

“When God has something for you, it doesn’t matter who stands against it,” he emphasized. “God will move someone that’s holding you back away from a door and put someone there who will open it for you. If it’s meant for you.”