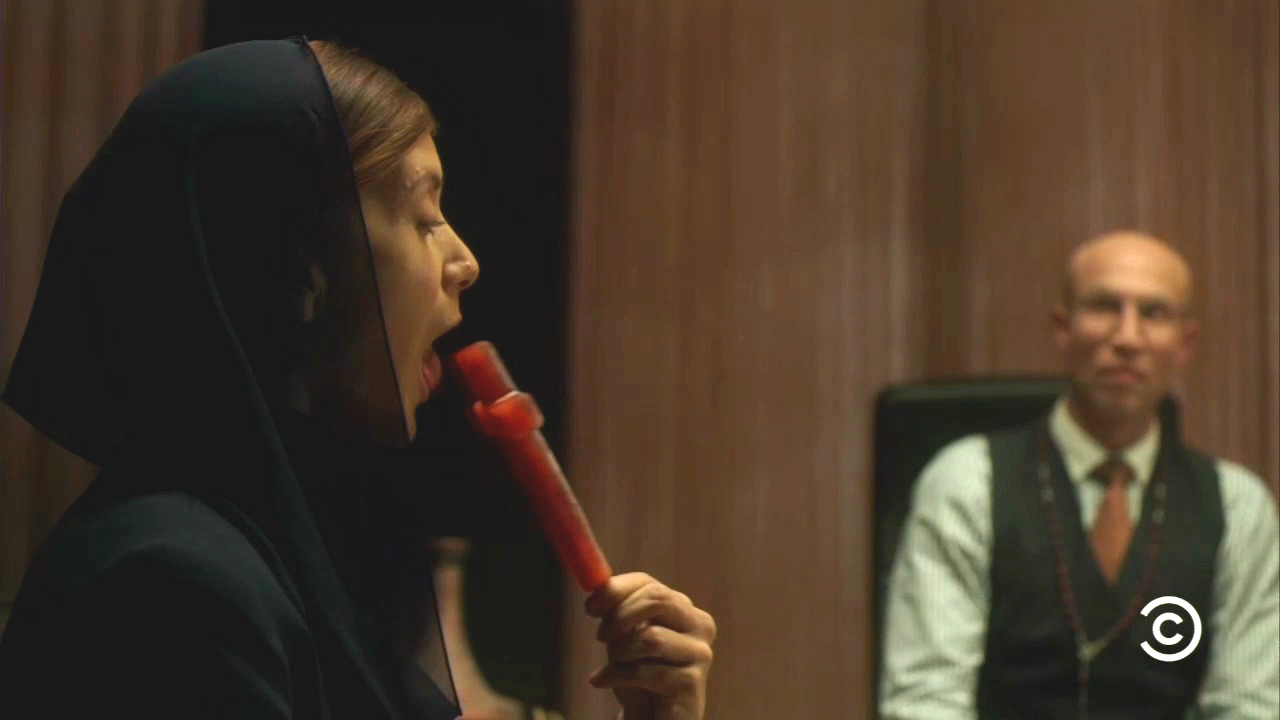 Nothing’s off limits when you’re doing PR for your show, suggests one Comedy Central star.

On Friday, Comedy Central’s Jake Weisman tweeted out a ChristianNewsWire press release “about me threatening to take the whole system of Christianity down and consider[ing] me a serious threat.”

“I have truly outdone myself,” he joked.

In response, actress Katie Willert mocked ChristianNewsWire for describing itself as "The nation's leading distributor of religious press releases – since 1989."

And Weisman joined in, even though the press release shared by ChristianNewsWire actually came from the Catholic League for Religious and Civil Rights.

“[T]hat's when christ was born or sucked his own dick,” Weisman joked of 1989. Later, he added of Catholic League president, Bill Donohue, “im gonna suck bills dick off.” 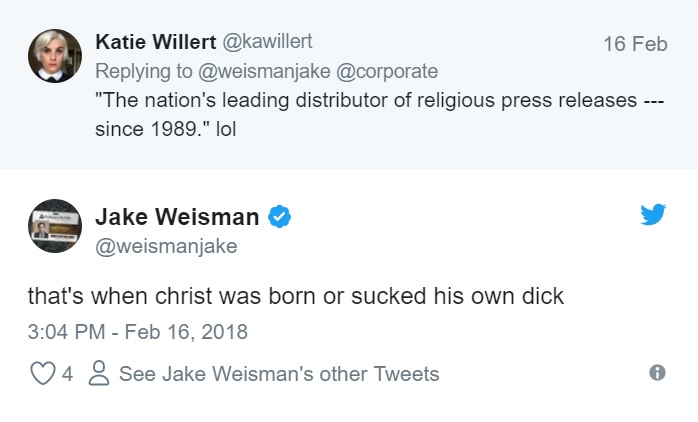 When one follower laughed about Weisman “hurting god’s feelings,” Weisman continued, “god is a dumb bitch and needs to know sooner rather than l8r.”

In the press release distributed by ChristianNewsWire, Donohue warned that Weisman “threatened to ‘bring the whole system down,’” or Catholic Church, and accused him of “anti-Catholic bigotry.”

On Thursday, Weisman joked in a tweet that he was “gonna bring the whole system down” after Donohue slammed the Comedy Central show Corporate, which Weisman co-created, wrote, and stars in.

“In it, the Eucharist was obscenely mocked,” Donohue said of the Feb. 14 episode. “A woman dressed like a nun was shown seductively sucking a cross-shaped popsicle. She remarked, ‘My favorite flavor—the blood of Christ.’” Video below.