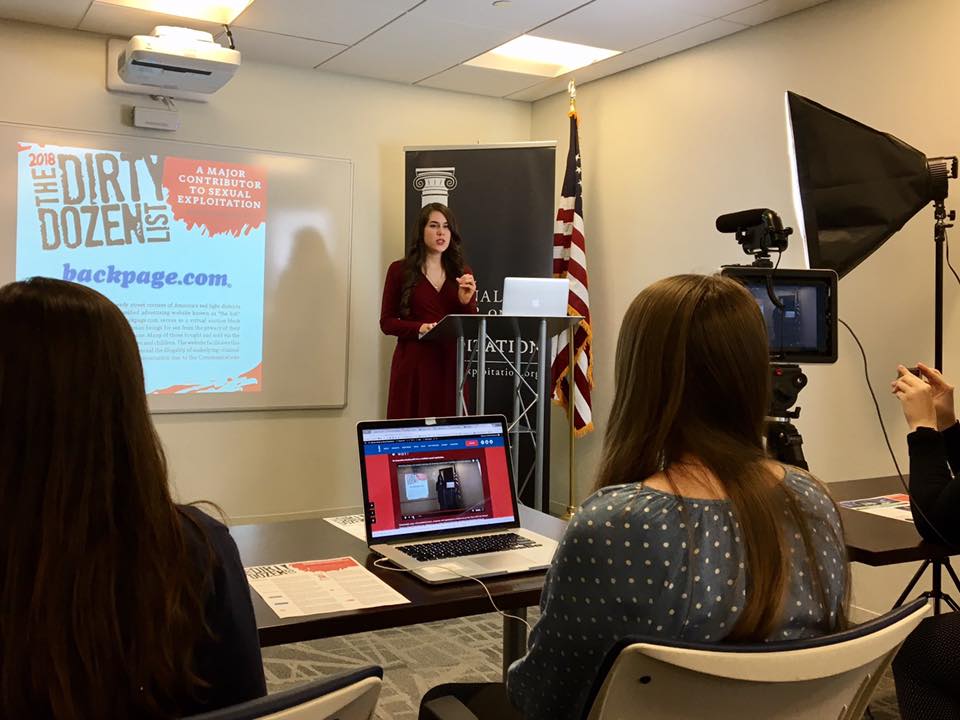 A national organization is calling out the media, entertainment figures, and corporations for normalizing sexual exploitation. In doing so, it hopes to inspire Americans to hold them accountable in the #MeToo era.

On Monday, the National Center for Sexual Exploitation (NCOSE) released its 2018 Dirty Dozen List at a Washington, D.C. press conference. Since 2013, its annual list has named the “mainstream players in America that perpetuate” such exploitation. This year, that included “four poster boys” of the #MeToo movement – including Harvey Weinstein.

Founded in 1962, NCOSE serves as the “national organization exposing the links between all forms of sexual exploitation” including child sexual abuse, prostitution, sex trafficking, and pornography.

At the event, Director of Communications Katherine Blakeman introduced the “activism campaign” that enables Americans to hold those accountable who normalize sexual exploitation.

“These groups, agencies, and businesses named to the Dirty Dozen List masquerade as respectable, family-friendly entities while simultaneously facilitating access to, or pandering and profiting directly from, pornography, prostitution, and/or sex trafficking,” Blakeman began. “Our Dirty Dozen List makes that public knowledge.”

But this year, as Vice President of Advocacy and Outreach Haley Halverson said, NCOSE decided to break “with tradition” by calling out specific people. She named “four poster boys of the Me Too culture,” or Harvey Weinstein, Kevin Spacey, James Franco, and Woody Allen.

“These four men have used their power to both harass and abuse others in addition to shaping America’s cultural acceptance of sexual exploitation through their professions in the media,” she stressed.

For NCOSE, the #MeToo movement represents a “symptom of a deeply entrenched culture of sexual objectification and violence,” Halverson added.

In addition to the “poster boys,” NCOSE’s detailed list included:

Following the event, Halverson elaborated on choosing the “poster boys” in an interview with MRC Culture.

“With the Me Too phenomenon … we really realized that we needed to shine a light on the fact that people who are creating our culture are actually sexual exploiters themselves,” she urged.

But, she confirmed, the other 11 on the list were also connected to the #MeToo movement.

“When we have a culture where mainstream corporations like iBooks, Roku, Comcast and more are profiting from things like hardcore pornography that depict really violent and disturbing themes against women, they are inculcated in the #MeToo movement as well,” she added. “They’re profiting from these themes, and supporting the ponrography industry as it teaches lessons of sexual violence to our next generation.”

According to Halverson, media, like HBO, also play a role in sexual exploitation.

Media is a powerful social influencer, and when media is spreading rape myths, like that women enjoy sexual violence,” she said, pointing to HBO. “The Deuce is one example where their TV show so eroticizes and graphically depicts scenes of sexual violence against women, that that normalizes it, as if it’s mainstream entertainment.” 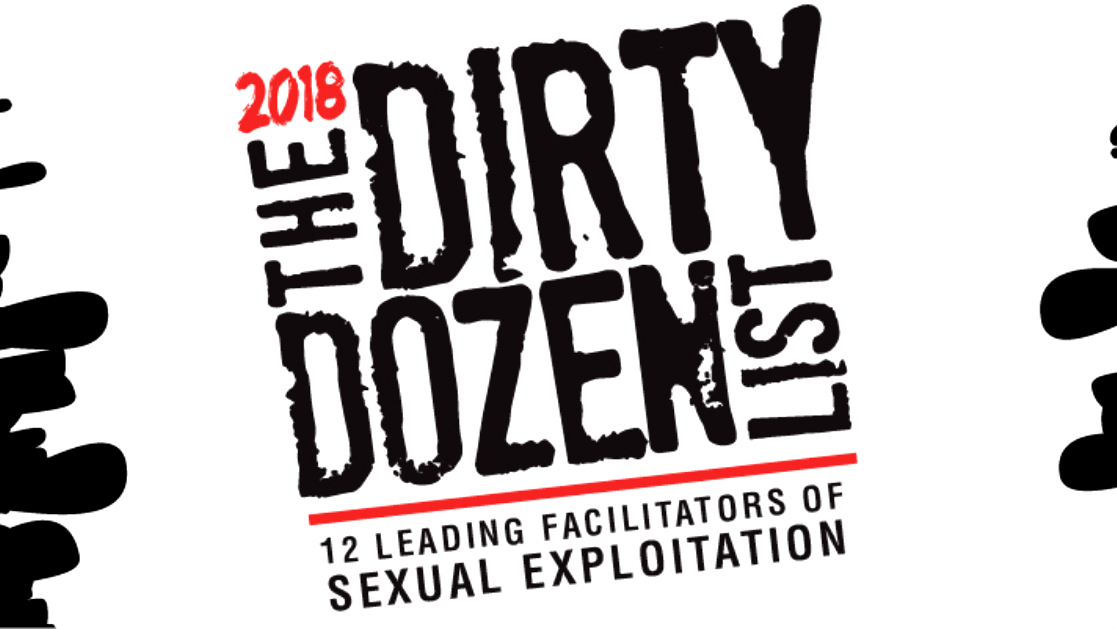 “So we’re calling on HBO and Amazon’s prime studios to stop normalizing these themes,” she concluded.

And NCOSE’s advocacy often translates into change. During the press conference, Senior Vice President and Executive Director Dawn Hawkins reviewed the “industry wide reform” sparked by the Dirty Dozen List in years past.

Among other successes, she named “five major hotel industries,” Marriott, Hilton, Hyatt, Starwood, and InterContinental Hotel Group, that have commited to “stop selling on-demand pornography.” That translates into 200 million hotel rooms, she added.

“People often feel powerless against mega corporations and influencers, but through this list, we give people the power back,” she concluded.