Taxpayer-funded Planned Parenthood is under federal investigation after videos exposed its trafficking of aborted baby parts. But Americans wouldn’t know that by watching the broadcast networks.

On Thursday night, The Daily Beast and Fox News broke the news that the Justice Department is investigating Planned Parenthood in regards to its practices with aborted baby parts. 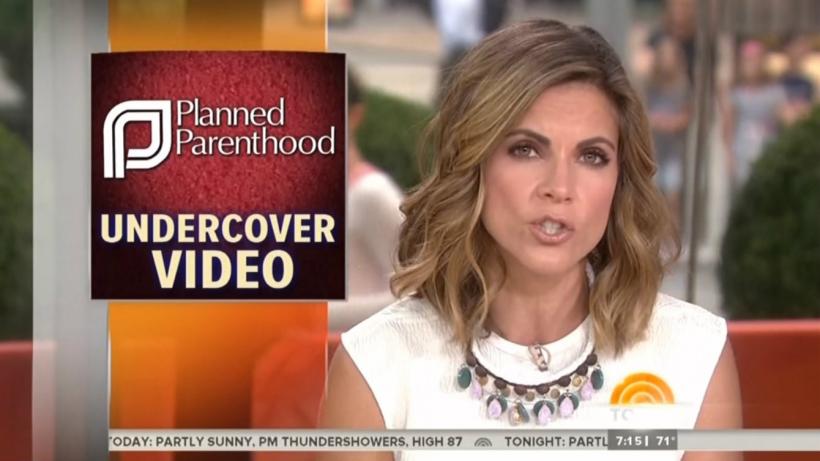 Boyd asked for the copies to “further the Department’s ability to conduct a thorough and comprehensive assessment of” the Judiciary Committee's 2016 Majority Staff Report on “Human Fetal Tissue Research.”

“At this point, the records are intended for investigative use only—we understand that a resolution from the Senate may be required if the Department were to use any of the unredacted materials in a formal legal proceeding, such as a grand jury,” Boyd wrote.

Last month, rumors began swirling after The Hill reported sources said the FBI sought unredacted documents from the committee after its chairman, Sen. Chuck Grassley (R-IA), “referred Planned Parenthood and other abortion providers to the FBI for investigation” last December.

This comes after the Center for Medical Progress (CMP) released videos, beginning in 2015, exposing the trafficking aborted baby parts by Planned Parenthood and others in the name of research. According to CMP, federal law “strongly prohibits the sale or purchase of aborted fetal tissue.”

ABC, CBS and NBC did not report on the current investigation the morning after the news broke during their news shows (but other major outlets, like The New York Times, did). As with this letter, the networks have a long history of censoring the CMP videos.

In statements to the press, pro-life leaders applauded the news.

The Justice Department’s investigation of Planned Parenthood is a major turning point in the battle to hold the nation’s largest abortion business accountable.

Evidence shows Planned Parenthood sought to squeeze every last opportunity for cash from the sale of hearts, brains, lungs, and livers of aborted children. This abortion chain has for too long enjoyed government favor under the Obama Administration. That ends now. We thank the Trump administration and DOJ for taking decisive action to launch a formal investigation. We anticipate that this investigation will only underscore the urgent need to redirect half a billion dollars in annual taxpayer funding away from the abortion giant and we hope to see Congress to deliver on this core promise soon.

Americans United for Life is encouraged that the question of whether Planned Parenthood has been violating both state and federal laws prohibiting the sale of baby body parts is being taken seriously by the Department of Justice. We hope that this confirmation of an FBI investigation will lead to stricter enforcement of laws meant to protect the inherent dignity of human life. We likewise hope that this unprecedented investigation will uncover the truth and ensure that women and their unborn children are protected from the dangerous motivations behind this criminal conduct.

March for Life welcomes any action taken by the DOJ that signals a serious, thorough investigation into Planned Parenthood’s profitable practice of selling baby body parts. Taxpayer funds should not support an organization under federal investigation for such serious matters. In light of this information Congress needs to follow through on their commitment to defund our nation’s largest abortion provider, Planned Parenthood.

It has been almost a year since two congressional investigations revealed substantial evidence suggesting Planned Parenthood profited from selling the body parts of aborted children. Despite that evidence and the fact that Planned Parenthood’s own lawyers admitted it couldn’t legally justify the money it charged for the body parts, politics won over principle, and the Obama administration buried any criminal investigation.

Now justice may finally be done. We applaud the Justice Department for taking action this week to open a criminal investigation into Planned Parenthood’s gruesome baby body parts trafficking scheme and to follow the evidence where it leads.

Planned Parenthood’s barbaric trading of baby body parts is one of America's greatest national shames, only outdone by our law’s permissiveness of the slaughter of those children in the first place.

While taxpayers should have never been forced to fund an abortion chain that commits over 320,000 abortions every year, the very least the federal government must do is suspend all taxpayer subsidies to Planned Parenthood while it’s under criminal investigation by the Justice Department and FBI.