While the media readily report the U.S. “war on women” (think: abortion), they oddly refrain from covering the real war on women abroad – that of women tortured for their faith by terrorists like ISIS.

Last week, Open Doors USA Advocacy Director Kristin Wright spoke with MRC Culture about the “underreported” Christian persecution worldwide and the media’s hesitancy to call it out as genocide. As she told the story of one Iraqi woman fleeing ISIS, she stressed that women even face a “double-persecution” in many countries.

MRC Culture spoke with Wright at the World Summit in Defense of Persecuted Christians in Washington, D.C. Wright serves as a U.S. advocate for persecuted Christians abroad and travels worldwide to meet with victims. She also pens a Huffington Post column informing Americans of the issue.

At the beginning of the interview, MRC Culture asked Wright for her take on the media coverage of Christian persecution worldwide. According to Wright, journalists must do more.

“Definitely they’re not covering it enough,” Wright said of the “underreported” issue. “We definitely should be seeing and hearing more about the situation for Christians who face persecution as well as other faith groups.”

Wright urged the media to tell more stories – and to continue reporting others. She pointed to the 276 Chibok girls in kidnapped by Boko Haram three years ago.

“This is a story that really kind of splashed across international headlines … when it originally happened,” she said. “And now, what have we heard from this over the last three years? Almost nothing.” Even as, she noted, Boko Haram released 82 girls last week.

While U.S. politicians casually throw around the term “war on women,” Wright applied it more seriously to women persecuted abroad.

“There definitely is a war on women abroad. There’s no question about that,” she added. “If you look at the ways in which women suffer, it is unique to women.” 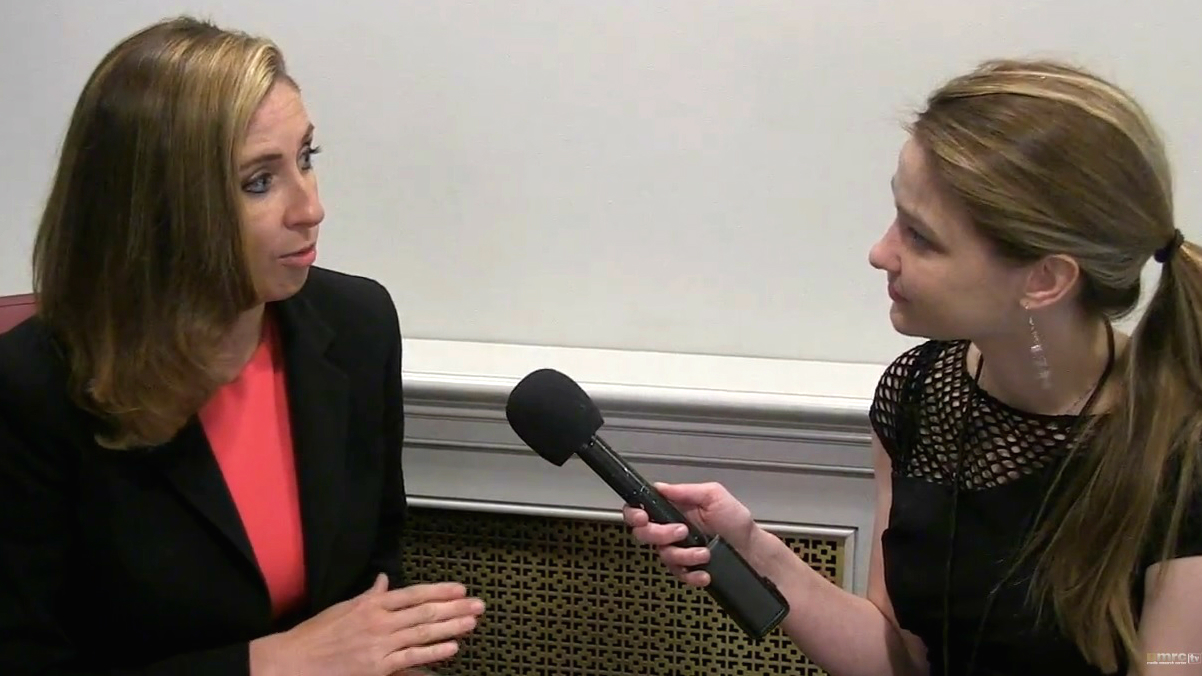 As an advocate, Wright would know. She’s met with Christian and Yazidi victims of ISIS who have suffered rape, kidnapping and family members slain before their very eyes.

“These are heartbreaking stories, absolutely heartbreaking, and I feel like they are not being told as often as they should be,” she continued.

For her part, Wright shared one of those stories that should be told – of an Iraqi woman who gave birth and nearly lost her baby while fleeing ISIS. Wright met her last fall in Jordan, where Open Doors USA runs a shelter for Iraqi-displaced women:

One of the women there actually, the day that she had to flee from ISIS, she went into labor. And she begged the doctor in her village, ‘please, please help me to have my baby.’ And he said, ‘There’s no time.’ And so she actually was running on the road and gave birth to her baby on the road. And the baby nearly died multiple times. She wasn’t able to feed her in the way that she wanted to, she was in distress, and fleeing. And so, this woman, for months after she arrived in Iman, even though the baby had survived – barely – this mother, she lost the ability to speak. She couldn’t even talk for months. And it was simply because of the trauma, the level of trauma that she had endured.

With support and counseling from Open Doors and other organizations, Wright said, the woman “finally did open up” and began to speak, cry and work through her shock.

These stories “need to be told,” Wright said, “so that people can help and people can reach out and make a difference.” This particular story, she stressed, speaks to the “severity of issues impacting women and that intersection of gender issues and persecution because of one’s faith.”

Unlike men, Christian women are “victimized” or face a “double persecution” in countries like Egypt and Pakistan, Wright added.

“They’re seen at sort of the lowest levels of society and they’re seen as someone that they can be raped without – and without any punishment coming to the perpetrator,” Wright explained. “They can be forcibly married off or forcibly converted, and there’s no punishment again.”

“It’s this culture of impunity that exists,” she added, “where women do suffer doubley.”

“They suffer because of the way that their gender is seen in that culture and then they suffer in addition if they become a Christian or if they change their faith to a minority religion.” 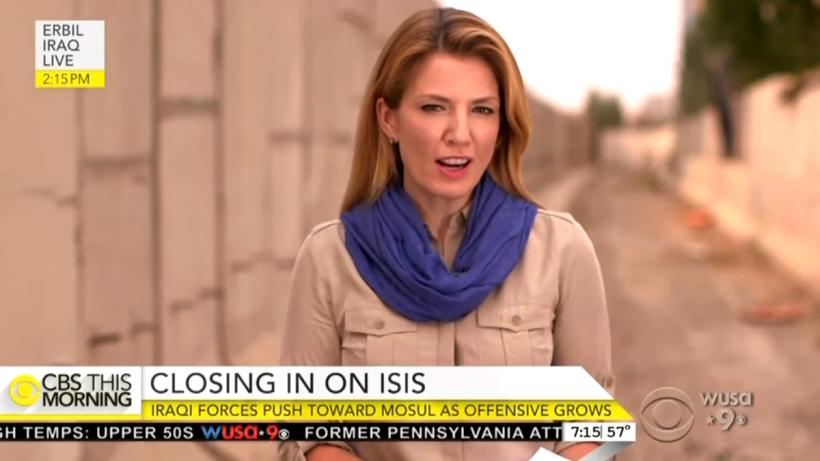 But even in general coverage, the media are lacking. All three broadcast networks (ABC, CBS, NBC) hesitate to call the persecution abroad “genocide” – even though U.S. government has formally accused ISIS of it.

“One simple reason could be because it’s a term that makes us all uncomfortable,” Wright explained. “It’s quite this loaded term that I think sort of imparts a sense of responsibility. That you shouldn’t be turning a blind eye while a genocide is taking place.”

In other words, “one reason why people aren’t really loving using that term because it means, ‘oh, I have responsibility, I should be doing something about this.’”

“Unfortunately, very little has been done since the genocide designation [by the U.S. government],” Wright concluded. “We’ve said the word, but there needs to be some action and some follow up in terms of getting aid to these groups that are more difficult to reach.”

She isn’t alone in her concerns. Also at the summit, Vice President Mike Pence, Sen. James Lankford (R-OK) and other speakers condemned Christian genocide. Research groups have also called attention to new statistics on the issue. Last month, a study by the Center for Studies on New Religions found that Christians are the “most persecuted group in the world” with “as many as 600 million” who were “prevented from practicing their faith” in 2016.

The media hesitate to report on stories like these – the real war on women. With all their talk of women’s bodies, the feminist media appear to prioritize abortion and birth control over the grave human rights violations committed by terrorist groups. 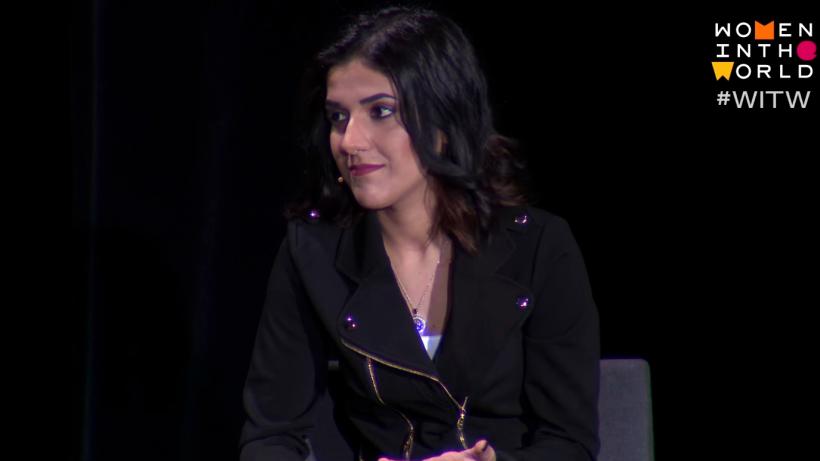 In 2014, an ISIS document surfaced, reportedly listing prices at which to sell Yazidi and Christian women and children abducted by the terrorist group. Citing economic reasons, ISIS placed dollar signs on their human worth. It’s a story only a handful of media outlets covered.

Since then, the plight of the Yazidis gained some media momentum after human rights attorney Amal Clooney, married to actor George Clooney, championed the cause by representing Nadia Murad, a Yazidi woman abused by ISIS as a sex slave.

“She made me make the decision,” Clooney said in 2016, “because I met her and I just thought, ‘I can't walk away from this.’”  If only the media felt the same.

Even last month, at the Women in the World Summit, feminist media swooned over speakers like comedian Samantha Bee and politician Hillary Clinton while paying little attention to a Yazidi activist who told the story of ISIS “opening up” her pregnant friend and raping her and her baby.

If only the broadcast network news shows from ABC, CBS and NBC would call the persecution abroad for what it is: genocide. 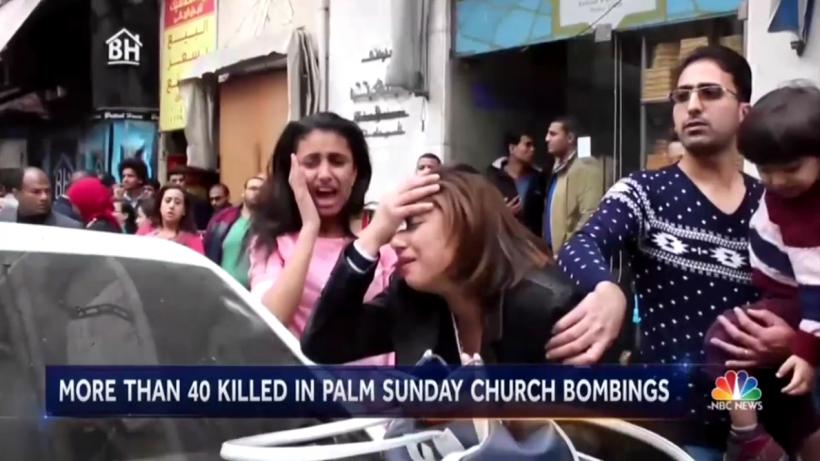 All this as even the U.S. government acknowledges a genocide by ISIS. Last year, Secretary of State John Kerry declared that, “in my judgment, Daesh is responsible for genocide against groups in areas under its control, including Yezidis, Christians, and Shia Muslims.”