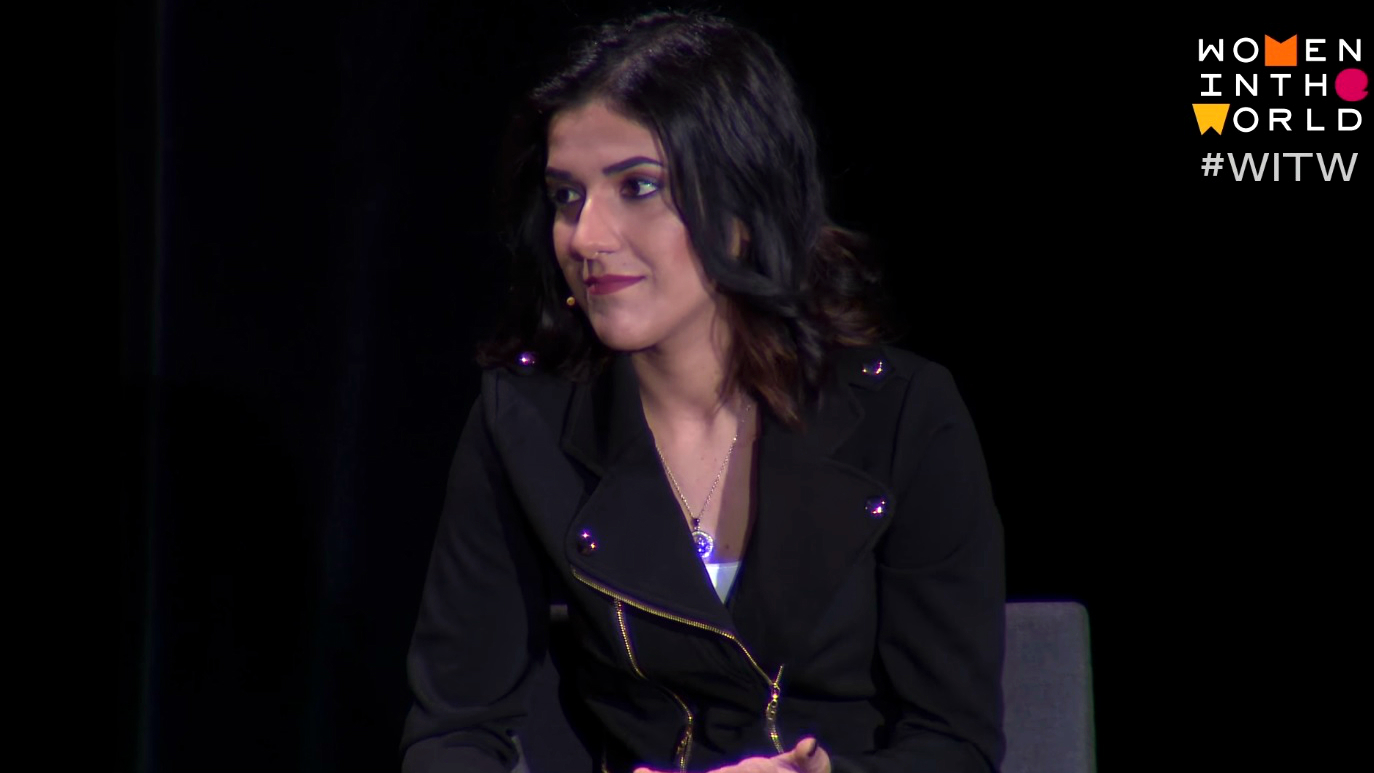 While the feminist media swooned over speakers like comedian Samantha Bee and politician Hillary Clinton at a recent conference, they paid little attention to others addressing the horrors committed against women abroad – or, more specifically, the plight of women enslaved by ISIS.

On Friday, Women for Women International founder Zainab Salbi interviewed two women on ISIS’ abuse of those who identify as Yazidi, a minority religion primarily located in northern Iraq. Both Shireen Ibrahim, a Yazidi once enslaved by ISIS, and Feryal Pirali, a Yazidi activist, spoke at the Women in the World Summit held in New York City.

In the middle of their discussion, Pirali revealed her inspiration to become an activist for her people: the cruelty her friend endured at the hand of ISIS.

“She was my friend, we were basically in high school together,” stressed Pirali, who hails from Sinjar, Iraq. But, unlike her friend, Pirali left Iraq in 2010.

Staying behind, the friend married and became pregnant with a baby girl. But things took a savage twist in 2014 when ISIS captured their hometown.

“When they were trying to run away,” Pirali said of the Yazidis, her friend “couldn’t run a lot” because “she was heavy, she was pregnant.”

To ensure they escaped ISIS, her friend urged her relatives to go ahead without her. “Just save yourself. Go,” the friend told her family.

“And she was going to walk slowly until she gets to where they are,” Pirali added. “But unfortunately, she didn’t make it.”

Because she lagged behind, ISIS found her and tortured her in unimaginable ways.

“And what they did to her, opened up her stomach,” Pirali gestured with her hands, from one side of her stomach to the other. “Like from here to here, they opened her up, and they got her baby girl out, they raped the baby, and they also raped her.”

While her baby perished, the friend survived.

“They thought she was dead,” Pirali said of ISIS. “They left her behind … but her family came back, saw her. Just like that. In that situation.”

Afterwards, in 2015, Pirali launched a Change.org petition calling on former President Barack Obama to aid the thousands of Yazidi women and children still held by ISIS.

The other interviewee, Shireen Ibrahim, recalled her own capture by ISIS in 2014, when the terrorist group overtook Sinjar.

Ibrahim pretended she was married to her cousin, with her nephew as their child, in order to escape slavery and rape by ISIS. But they didn’t believe her, and, after three months, the terrorist group transported her to Syria.

“That’s when they wrapped her with a blanket, and they were shooting guns around her, and telling her that ‘we’re going to kill you,’” Pirali said, acting as Ibrahim’s translator.

While they didn’t kill or rape her, they electrocuted her after she tried to escape. “They did everything to me – every bad thing you can think of to me because I ran away,” she remembered.

During her captivity, she was sold five times until one man, a doctor, freed her. “I don’t know” why, she said. Her price, she added, was one dollar.

But, even though she is now free, Ibrahim doesn’t plan to return to Sinjar, where she would have to “relive everything.”

“[I]t’s hard for us,” she said of herself and other girls who have escaped from ISIS captivity. “Every minute is a year. Every year is basically a minute.”

She ended with a message for ISIS: “We are Yazidis and we’re going to be Yazidis, we’re not going to change our religion, no matter what.” Then, tearing up, she also plead with her audience.

“My message to the people sitting and to the world is to save our people that in [sic] ISIS captivity,” she said.

The moderator, Salbi, wrapped up the interview with faith in the future. “May God bless you, thank you for your courage,” she told Ibrahim. “And may these tears change to a triumph of hope one day.”

The media hesitate to report on stories like these – the real war on women. With all their talk of women’s bodies, the feminist media appear to prioritize abortion and birth control over the grave human rights violations committed by terrorist groups.

In 2014, an ISIS document surfaced, reportedly listing prices at which to sell Yazidi and Christian women and children abducted by the terrorist group. Citing economic reasons, ISIS placed dollar signs on their human worth. It’s a story only a handful of media outlets covered. 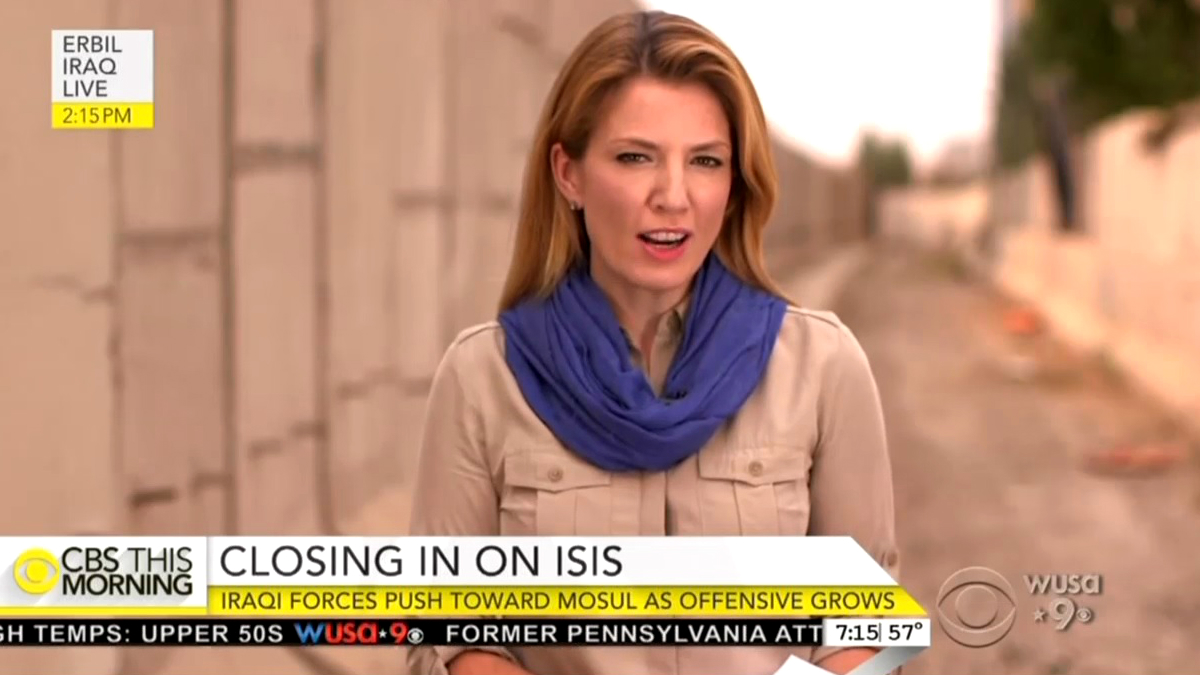 Since then, the plight of the Yazidis gained some media momentum after human rights attorney Amal Clooney, married to actor George Clooney, championed the cause by representing Nadia Murad, a Yazidi woman abused by ISIS as a sex slave.

If only the liberal feminist media felt the same.

Last year, former Secretary of State John Kerry declared that, “in my judgment, Daesh [ISIS] is responsible for genocide against groups in areas under its control, including Yezidis, Christians, and Shia Muslims.”

But even today, the broadcast networks are hesitant to use the term “genocide.” In August, the MRC found that, in the past two-and-half years, the evening news shows reported on the persecution of Christians in the Middle East, Africa and South Asia only 60 times. And of those 60 reports, just six used the word “genocide.”