The Washington Post is condemning one pro-life group for cherry-picking – while turning a blind eye to its own basket full of them.

On Sunday, The Washington Post editorial board defended America’s largest abortion provider in an opinion piece with the headline, “More lies on Planned Parenthood.” In a list of complaints, the board accused pro-life organization Susan B. Anthony List of sponsoring an “advertising campaign” with “misleading data and half-truths.” SBA List provided a response to the board below – but whether or not the members will reply is another issue.

Pointing to one “slick” ad in particular the board accused SBA List of “cherry-pick[ing] information” instead of “staying true to the facts.”

The 30-second ad called “What is Planned Parenthood really about?” reads:

Narrator: “What is Planned Parenthood really about? Breast cancer screenings?”

Planned Parenthood President Cecile Richards: “We do not have mammogram machines at our health centers.”

For its first complaint, the board criticized that the ad didn’t include that Planned Parenthood “was cleared repeatedly” and urged that the Center for Medical Progress (CMP) videos on Planned Parenthood’s harvesting of aborted baby parts “have been completely discredited.”

Yes, Planned Parenthood was cleared in states like Texas (as the board said), but so was CMP (as the board didn’t note). Biomedical company StemExpress also dropped its lawsuit against CMP this year. In other words, the argument goes both ways. And while California recently charged CMP executives, a press release from Attorney General Xavier Becerra’s office stressed that those charged, “must be presumed innocent unless and until proven guilty.”

“Discredited” by whom, the board didn’t say. Nor did it address the content of the videos where, among other things, Planned Parenthood executives discussed pricing or laughed about baby parts “all mixed up together in a bag.”

Instead, the board listed additional “distortions” on “breast-cancer screenings” and “vital health services” as well as “omissions” on abortion, a “small part of the organization’s services” that, with a few exceptions, is not federally funded.

Speaking of “distortions,” the board didn’t mention Planned Parenthood’s “distortion” on providing mammograms or its “distortion” on claiming that abortion makes up three percent of its services. (Although, separate from the board, The Washington Post has debunked both of those claims.)

And while federal funding for abortion is generally prohibited, the board failed to address the argument money is fungible, or that Planned Parenthood could offset costs with public funds to free up other resources for abortion. Another point highlighted by pro-life groups.

But the ad’s “most pernicious distortion,” the board argued, was the “argument that Congress should redirect the federal dollars that go to Planned Parenthood to ‘real health-care centers for women.’”

“Studies and real-life practice have established that there simply are not enough community health centers to fill the gap that would be created if Planned Parenthood lost Medicaid funds,” the board concluded. “The truth is that a cutoff would tear a huge hole in the safety net for the 2.5 million patients — the majority of them low-income — who each year go to Planned Parenthood centers for basic medical needs.” 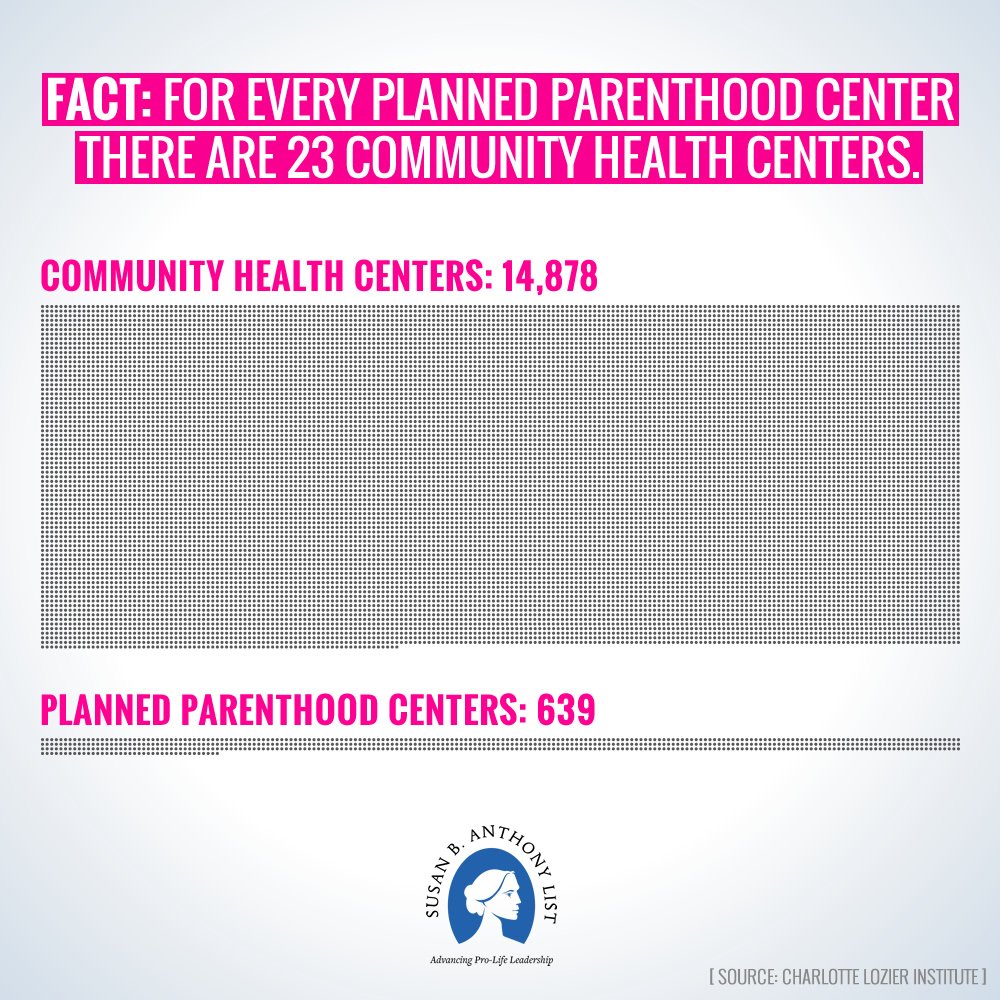 But, as the Charlotte Lozier Institute, the research arm of Susan B. Antony List, has stressed, there are 23 community health centers for every Planned Parenthood clinic.

When it comes to “cherry picking,” the board would do well to reveal its own history with Planned Parenthood.

Instead of investigating the videos, The Washington Post has insisted on Planned Parenthood’s innocence from day one. In July 2015, one headline euphemistically read, “Undercover video shows Planned Parenthood official discussing fetal organs used for research.” Another, for a story by columnist Petula Dvorak, defended, “Planned Parenthood deserves to be supported, not attacked.”

Earlier this month, The Washington Post received backlash after making the absurd claim that Planned Parenthood is “nonpartisan.”

Furthermore, Planned Parenthood has awarded The Washington Post and its employees five times for its supportive work.

In an email to the Washington Post and shown to NewsBusters, SBA List challenged the board’s complaints by listing its “most egregious” errors, one by one. Communications Director Mallory Quigley responded to three points in particular. The arguments listed below are edited for brevity.

1. WaPost complaint: Ad campaign didn’t include that Planned Parenthood was “cleared repeatedly” and that the CMP videos were “completely discredited.” 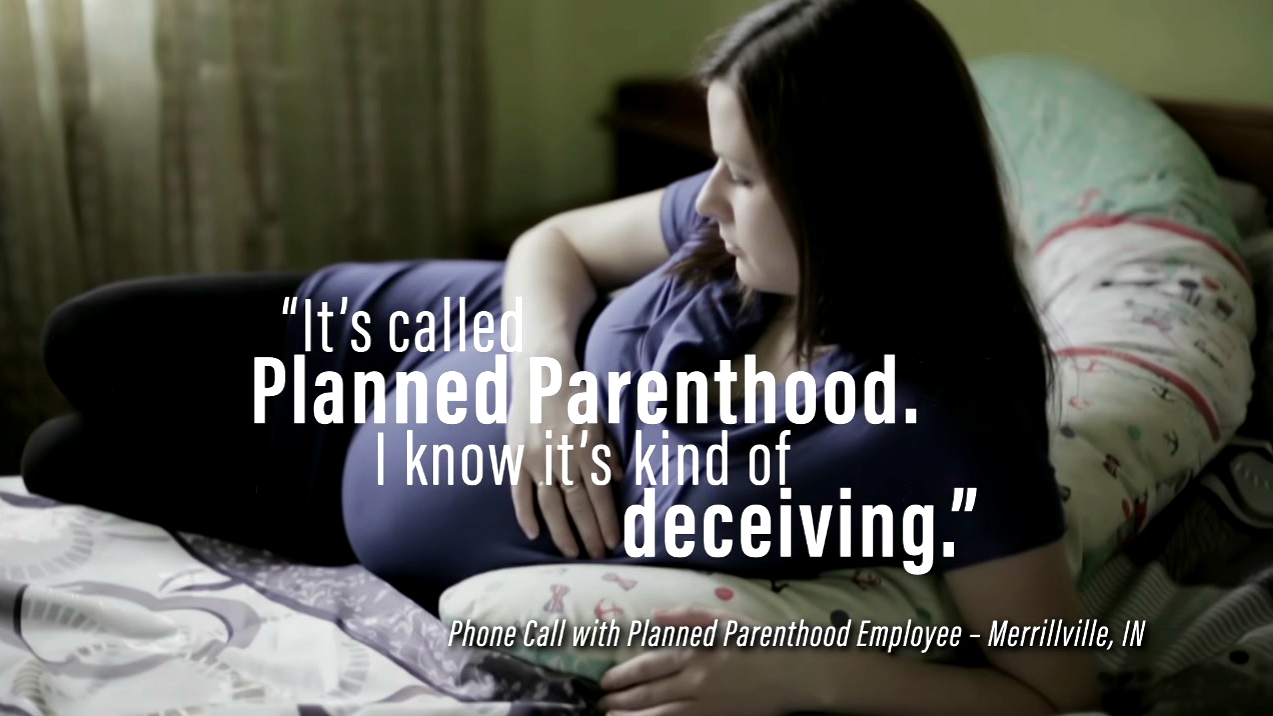 2. WaPost complaint: Ad campaign had “distortions” on breast-cancer screenings and other health services as well as an “omission” on funding for abortion, which constitutes a “small part” of Planned Parenthood’s services.

3. WaPost complaint: Ad campaign argued that federal funding should be redirected to other health-care centers. “Studies and real-life practice have established that there simply are not enough community health centers to fill the gap that would be created if Planned Parenthood lost Medicaid funds” and would negatively affect 2.5 million patients.