Women will “lose their lives” with the new GOP healthcare bill, according to the president of Planned Parenthood. Never mind that her abortion giant ends hundreds of women’s lives every day – one limb at a time.

At one point in the interview, Smith read a question from Twitter for Richards to answer. “What would your mother say about the fuckery going on?” he asked Richards of her mother, former Texas Governor Ann Richards.

“Mom wouldn’t be surprised,” she said, and would rally citizens to “fight back.”

In part (or, perhaps, in whole), she blamed the male members of Congress for today’s debate over healthcare.

“What’s preoccupying men in Congress is sitting around, figuring out what other women’s healthcare they can deal off and deal away in order to get – jam this bill though,” Richards complained. “It’s just unbelievable to me.”

“If we had more members of Congress who could get pregnant,” she added, “we wouldn’t even be discussing these issues and trying to ban access to Planned Parenthood.” 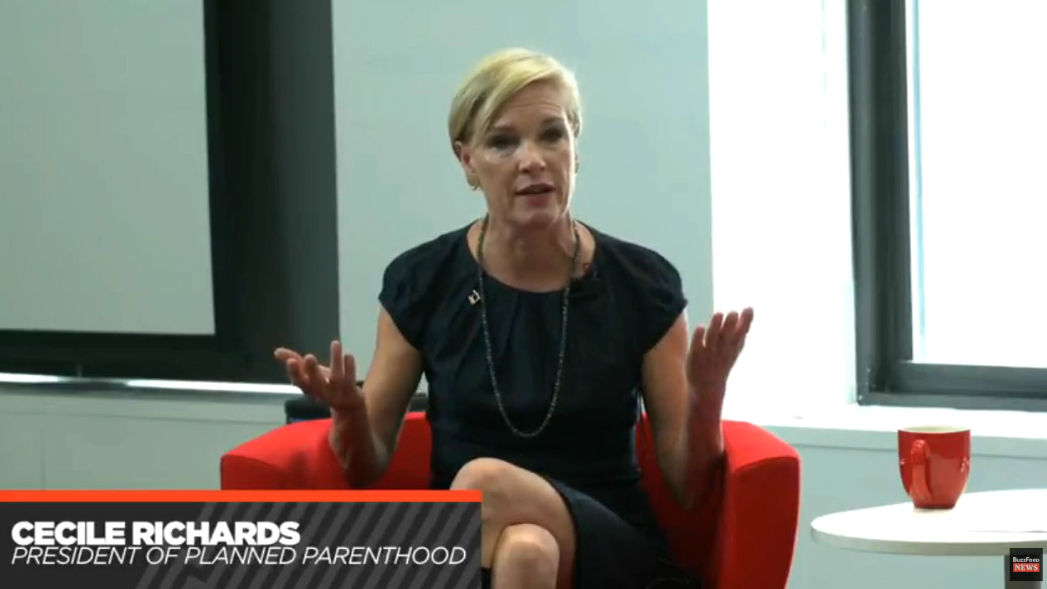 Later on, she worried that the new legislation would keep millions from coming to Planned Parenthood and take health insurance away from millions more.

“So this is going to be a catastrophe for women in particular in this country, and particularly women who have the least access to healthcare,” she warned. “[T]here is no way to overstate how devastating this will be.” She didn’t address that the plan would also increase funds to community health care centers.

In addition to the men in Congress, Richards also warned female members.

“My feeling right now is, any member of Congress, but particularly any woman who votes for this bill is betraying every woman in America,” she continued. “Women will lose their lives over this bill.”

“We’re going to fight and do everything we can to beat this in the House of Representatives today,” she concluded.

According to its latest annual report, Planned Parenthood performed 323,999 abortions and received $553.7 million in “government health services grants and reimbursements” for the year 2014 – 2015.

While the Hyde Amendment generally bars federal funding (from taxpayers) from abortion, pro-life leaders argue money is fungible – or that Planned Parenthood could offset costs with public funds to free up other resources for abortion. And that’s not counting the 17 states that use taxpayer money to fund abortion.