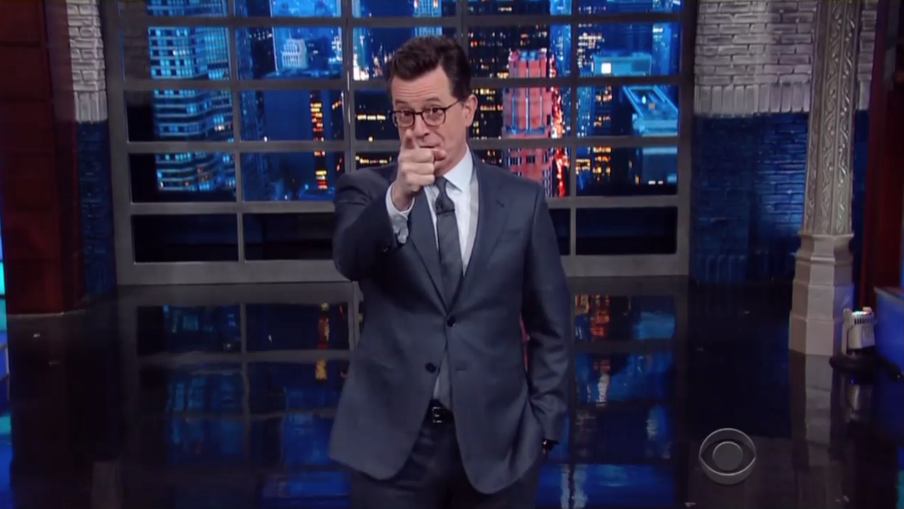 Comedian Stephen Colbert is defending Planned Parenthood in the wake of the new GOP health-care plan – and it’s no laughing matter.

During Thursday’s The Late Show, host Stephen Colbert criticized the new health-care plan, or, as he called it multiple times, “TrumpCare.”

At one point, he turned to poke fun at House Speaker Paul Ryan (R- Wis.).

“Ryan also slammed the ObamaCare mandate that everyone have insurance,” Colbert said before playing a CNN clip of Ryan calling the mandates “arrogant and paternalistic.”

“Yes, telling people what to do is arrogant and paternalistic,” he joked. “By the way, ladies, no Planned Parenthood for you.”

While abortion supporters see the defunding of Planned Parenthood as prohibiting women’s choice, the pro-life movement argues that, among other things, an unborn baby’s life shouldn’t be subject to another’s choice.

In the past, Colbert has joked that “abortion” is a “funny word” like “guacamole.” Just last November, he invited a comedian on the Colbert Election Special who declared in the wake of President Donald Trump’s election “get your abortions now,” because “we’re going to be f*cked.”