One abortionist is revealing his abortion religion – and one New York Times writer couldn’t get enough of it.

In a piece published Wednesday, New York Times Magazine columnist Ana Marie Cox interviewed Willie J. Parker, a Mississippi abortionist and former Planned Parenthood medical director, on his upcoming Life’s Work memoir. During the interview, Parker pointed to his faith as the reason he performs abortions. And while abortion is “life-ending,” he added, it isn’t “killing a person” – just a “human entity.” 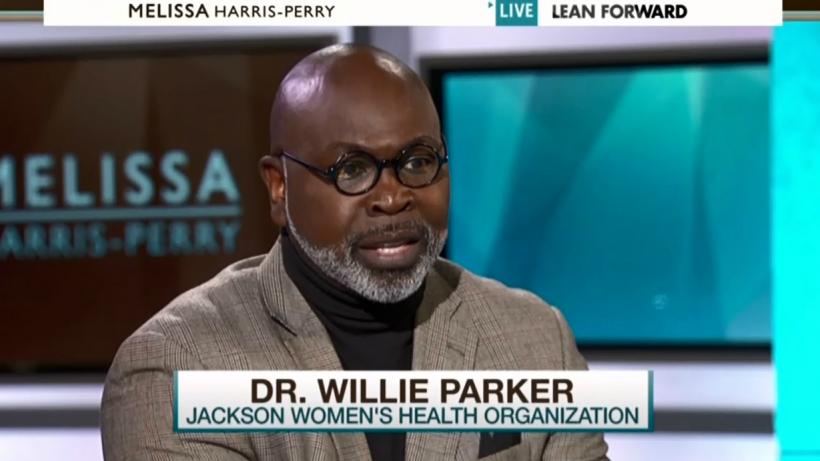 From the very beginning, Cox hyped that Parker’s book “is rooted” by his “moral and spiritual argument in favor of abortion rights.”

Before working in the abortion industry, Parker said he experienced a “life-altering” “conversion” that led him to believe that, as a Christian, he should perform abortions, instead of vice versa.

“I needed to convert from a religious understanding that left me paralyzed to act on my deepest sense of connection to one that empowered me to do what I felt to be the right thing,” he told Cox.

But, as Cox pointed out, Parker admits in his book that abortion is a “life-ending process.” Parker didn’t deny it; but his definition of human “life” wasn’t synonymous with a human “person.”

“Life is a process, not an event,” he argued, and so, “A fetus is not a person; it’s a human entity.” He added, “If I thought I was killing a person, I wouldn’t do abortions.”

So, “in the moral scheme of things,” he said, “I don’t hold fetal life and the life of a woman equally.” Both have “value,” he conceded, but “I find myself unable to demote [a woman’s] aspirations because of the aspirations that someone else has for the fetus that she’s carrying.”

In their conversation, Cox also referenced Parker’s “verbicaine” method during abortions where he tries to “lighten the mood” through conversation despite the “narrative that makes abortion seem morbid and tragic.” She also brought up Parker’s love of football, a sport that he called “larger than life.” (Ending a life is OK. But a football game? That’s another question.)

Cox also asked Parker about his “connection between your heritage as a descendant of slaves and the idea that abortion is ultimately about ownership of a body.” (Well, that’s true – ownership of an unborn baby’s body, that is.)

“I come from a heritage of people who know what it’s like to have your life controlled by somebody else,” he responded. But, instead of the unborn, Parker meant women, because “if you don’t control your reproduction, you don’t control anything else about your life.”

But the “biggest insult,” he told Cox at another point, is the “notion that there’s such a thing as a black genocide, as if the people who care about abortion really care about black women and black babies.”

In her last question, Cox lost all pretense as an unbiased interviewer. “I can’t help mentioning that you’re not married,” she said before asking, “Is that a choice on your part? Because you seem pretty cool!”

On that note, maybe it’s a blessing in disguise if The New York Times forgets about reviewing stories telling the truth about the horrors of the abortion industry.

This isn’t the first time Parker has appeared in the pages of The Times. In 2015, the Opinion Pages published his piece, “Why I Provide Abortions,” where he insisted that abortion “respond[s] to our patients’ needs” and therefore expresses “the deepest level of love that you can have for another person.” He has also appeared in Cosmopolitan, where he compared a Planned Parenthood executive to “Jesus before crucifixion.”