One fashion designer is placing abortion giant Planned Parenthood on the runway for “saving lives.” 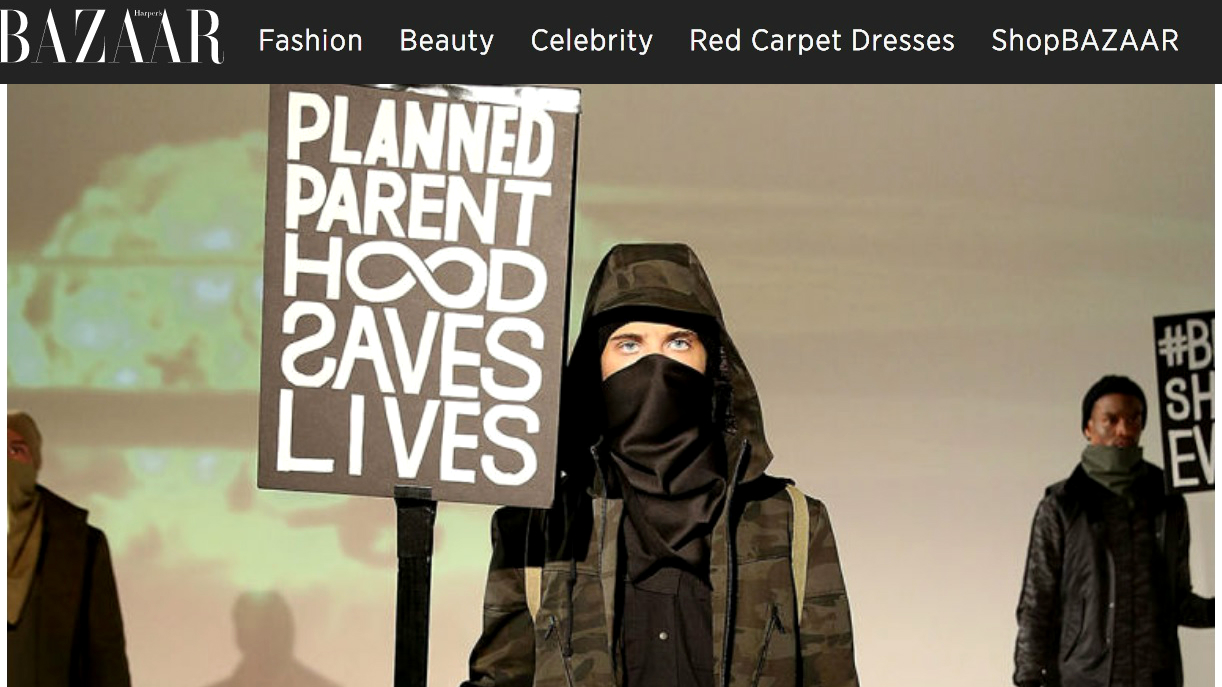 According to the Hollywood Reporter, the New York-based By Robert James brand collection appeared “largely sportswear-driven and decidedly militant in tone” in order to “create clothes that felt like armor.”

And just in case his messaging wasn’t clear enough, many of his models carried liberal anti-Trump protest signs to accompany the brand’s fashion.

THR also reported that the fashion designer’s exhibition included a sign reading, “As the world turns dark around us, the use of clothing as protection becomes more literal than ever."

Besides the fashion industry, Hollywood loves the trend of wearing politics on the sleeve. At this year’s Golden Globes, actress Lola Kirke sported a “F*ck Paul Ryan” pin, while other celebrities, like actress Martha Plimpton, have been spotted wearing abortion-print dresses decorated with hearts.