Vandalism by anti-Trump rioters continued into the evening Friday as they had a standoff with the Metropolitan D.C. Police outside the Hamilton hotel. In all, “Six police officers were injured and 217 protesters arrested,” according to CNN. CNSNews.com and MRC Culture shot footage of the rioters burning a trash can as they gathered around chanting “When human rights are under attack what do we do? Stand up, fight back,” and even singing “Kumbaya.”

The police stood in formation in front of a group of rioters who were blocking the street by sitting on a crosswalk on K and 14th streets. The rioters held signs with slogans like “Trump Go Fuck Yourself You Are Not My President” and “Make Racists Scared Again.” 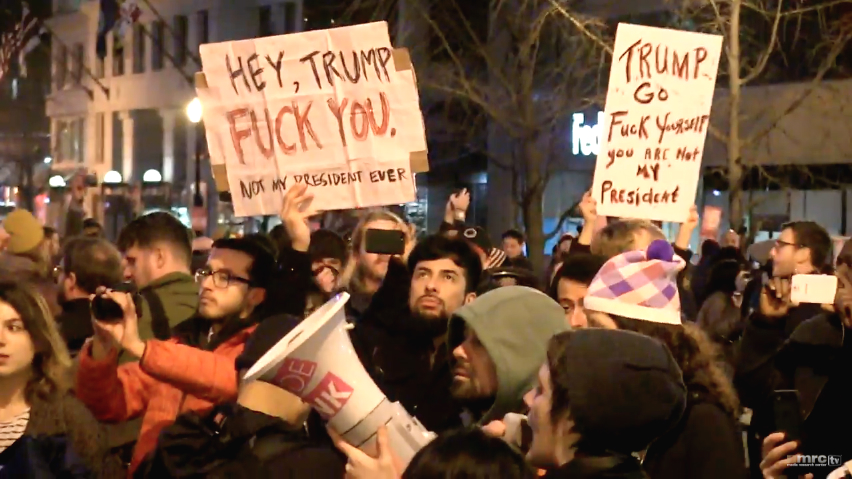 In addition to the garbage can fire, a limousine was set on fire in front of the Washington Post building during the inaugural parade. Police were forced to respond to the vandalism with tear gas and pepper spray.

Footage from Friday morning just prior to the inauguration shows rioters vandalizing local businesses, destroying a limousine with hammers, spray-painting on walls and windows, smashing kiosks, and chanting, “no cops, no borders, fight law and order.” 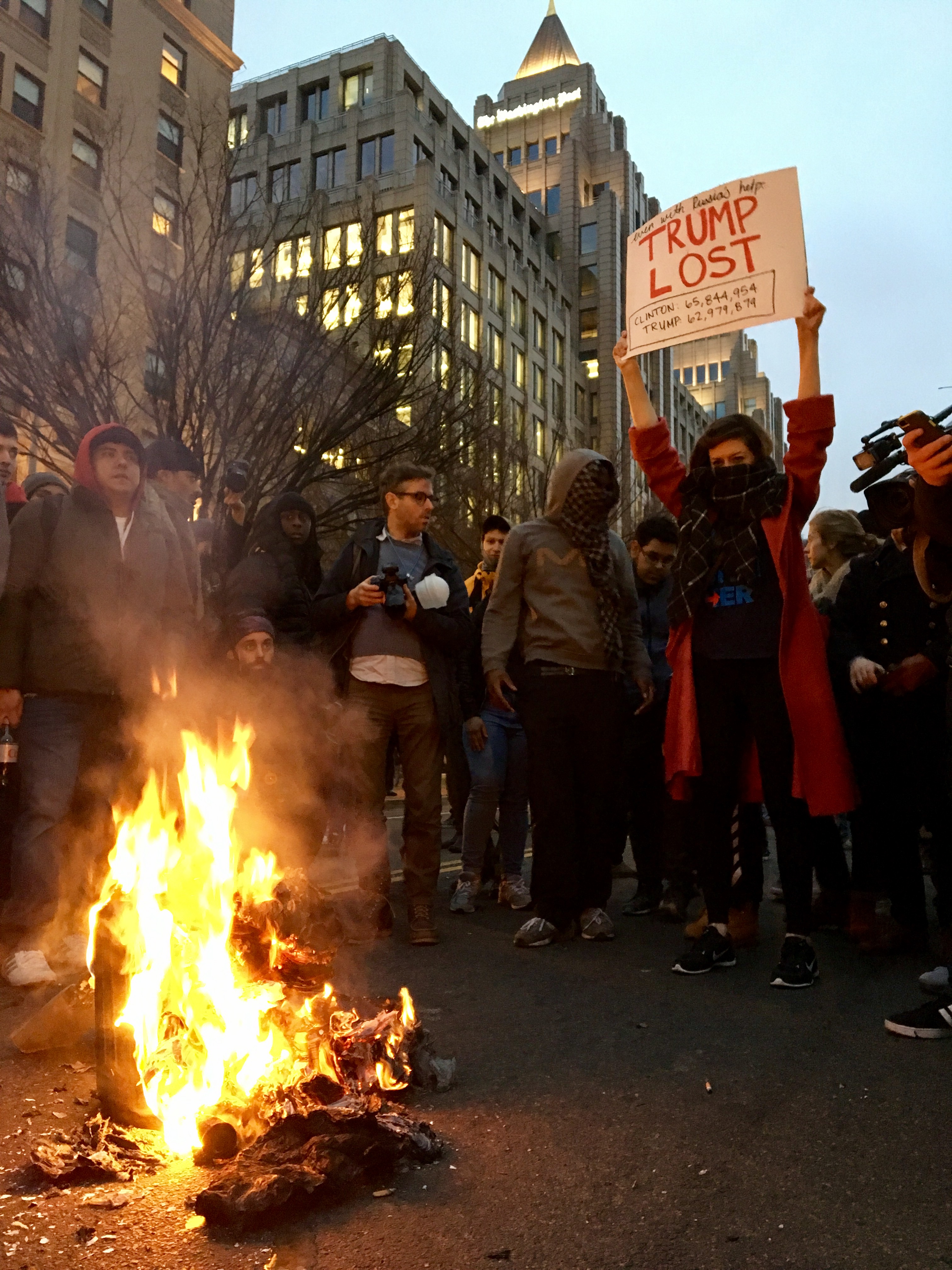 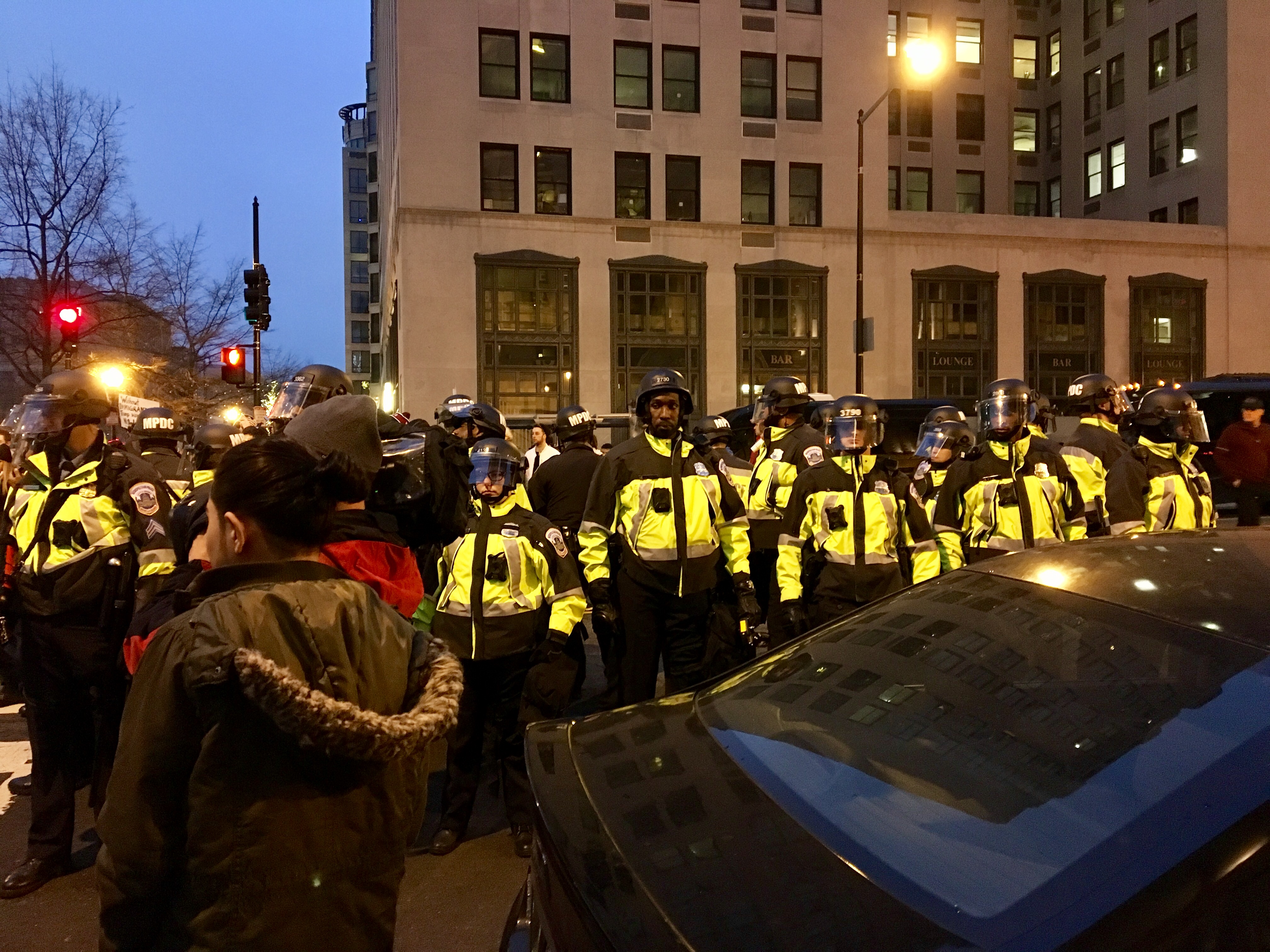 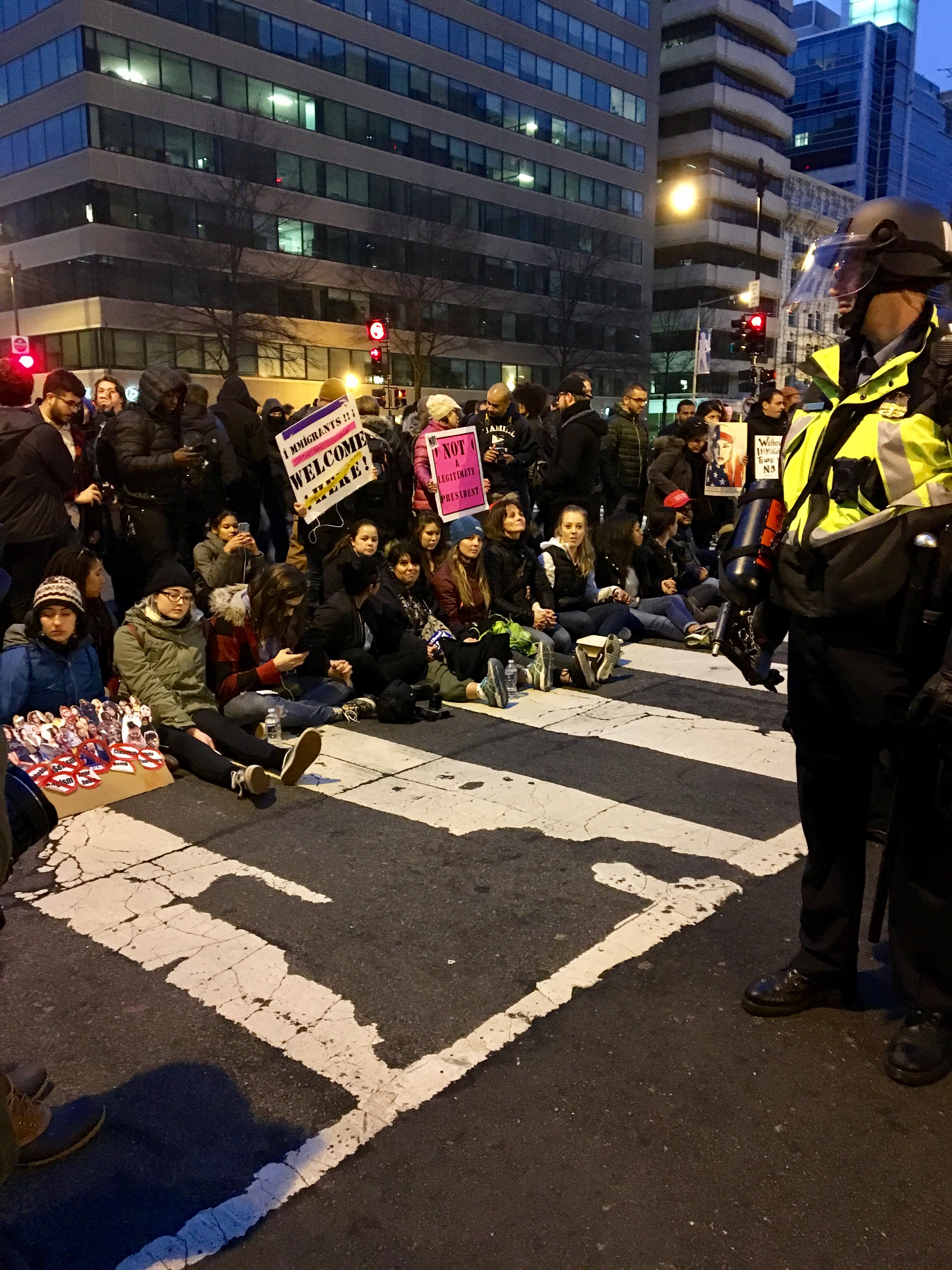