‘Knocked Up’ Star Rejects Abortion in Powerful Note: ‘I Prayed to God’ 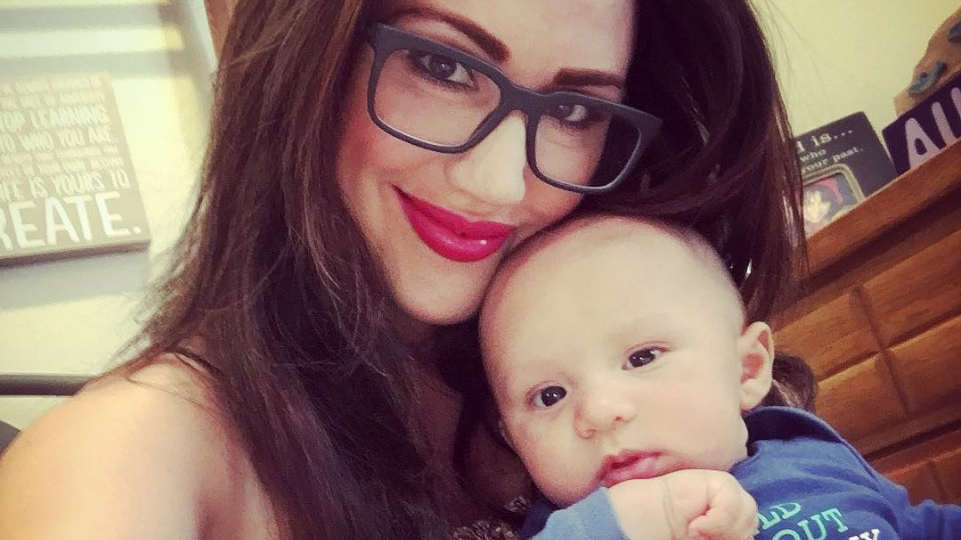 Here’s a story that will defy the liberal media’s abortion agenda: A reality TV star is crediting God for the strength to keep her baby – in a both heartbreaking and heartwarming story.

Lifetime’s Knocked Up docuseries debuts Tuesday, December 6. The show follows three “carefree” and happily single women whose “careers are just about to take off” when they become pregnant after “one night of fun.” But the one of three stars has already revealed her story on social media: her decision to save her baby’s life against all odds.

In the show description, Lifetime introduced its audience to Audra:

After 10 years of wild partying, 32 year-old Audra had cleaned up her act, finding sobriety and the church. But after a night spent with an old friend results in an unexpected pregnancy, her world is about to change again. Despite her mom’s disapproval and the father’s refusal to be involved, Audra decides to raise the baby on her own.

A teaser clip captures one of those tense family moments, when Audra’s mother refuses to let her move in:

But, back in February, Audra stressed the happiness in her pain: namely, how God gave her the clarity to discern her baby’s future.

Along with a sonogram of her baby, Audra posted an inspiring message on Instagram of how she rejected aborting her little one.

Speaking out as an advocate for other women in similar situations and as a voice for the unborn, Audra told the story of how God sent her a sign to keep her baby [emphasis and spacing added for clarity].

I am writing this as a voice: A voice for other ladies that may be going through the same issue and can relate. A voice for those who don’t yet have a voice. I am going to be very candid with my experience. I am a single woman, not in a committed relationship. I am not married, and do not have a boyfriend. However, due to some recent events last November, I ended up pregnant. When I found out, I was so shocked, I threw the pregnancy test across the counter. I was once told by a doctor that I could never have children, and got pregnant when it was THAT time of the month! How could this have happened?!

I told the father of the child the same day I found out, and he was very clear that we were NOT to keep this child. I was in such shock, I had NO idea what to do. What girl dreams of being a single mother- one that was not even in a committed relationship at that? This was never something I planned for myself, never a position I saw myself in. I struggled with this decision for a LONG time. I came to the conclusion that even though I was in my 30’s, this was not the time to have a child. The child deserved a loving mother and father.

So that was it- and then IT happened. I am a religious person and believe in power greater than myself, one I like to call God. I had been praying for God to send me a sign- PLEASE LET ME KNOW if I was making the right decision. And right then, the song ‘Sweet Child of Mine’ by Guns and Roses came on my radio. This song was NEVER on the stations I listened to BEFORE then, and has not been on since. I took it as a sign that I needed to keep my baby. It was the ‘sweet child of mine.’ God would be with me through it all. I would never be alone. With his help, I could do this. It was MY time to be a mom. Remember, I was told I could never have children, so why NOW? I wish I could say that that was the end of the story, and a happily ever after immediately followed, but that is just not my reality.

Audra then detailed her decision to raise the baby herself, with God’s help.

I wanted to do what was best for the child. I wanted the child to have two loving and supporting parents, so I decided I was... going to give the child up for adoption to a family friend. I knew they were more than capable of raising my baby, and wanted to give the baby everything it deserved.

As time progressed, I got more and more depressed. My hormones were spiraling out of control and it was holiday season. I told a couple of family members what happened, and after the shock wore down, they seemed supportive of my decision. As my mood became worse and worse, and I continued to get depressed, they didn’t want to be around me anymore. They started screaming at me and telling me what a bother I was. Let me just put it out there: this is NOT- I repeat NOT what you should tell an emotional, pregnant, single female! I about LOST my mind. I had ALL of these suicidal ideations come into play and can honestly say it was one of the LOWEST times in my life.

So what did I do? Well, I cried, A LOT, and then I prayed. I prayed to God, and I prayed to my child. I sat down and wrote my baby a letter. I asked my child, through the help of God to PLEASE let me know what they wanted. I already loved my baby to the moon and back. My child was my diamond, my stars, my very SOUL. I prayed the child would tell me what to do. It still wasn’t too late for an abortion, there was adoption, and then there was...well there was ME.

Only after she made her decision, Audra found peace.

I could try to raise the baby, and do my VERY best. I wanted to know and do, what was best for the child. The dad made it clear that he would not be in the picture, and I wanted that to be evident. I went to bed and prayed even more in my dreams. And then upon waking, it happened. I had CLARITY. God was going to help me, and I was going to raise this child and do the best that I could! After I made that decision, the depression IMMEDIATELY started to lift, and I slowly started to become myself again.

I wanted to share my journey because one thing I know for sure, is that I am NOT alone. If you, or someone you know is struggling with pregnancy, and wanted someone to talk to, in private or in person, PLEASE feel free to reach out to me! I am an ear who would LOVE to listen. Women like me need the support of others. It is crucial. If I have offended anyone with my story, I am sorry you feel that way. I can honestly say, I am NOT sorry it happened. I have a beautiful baby on the way now because of it. So from me and my baby, thank you for letting us share our beautiful journey with you. God bless each and every one of you. <3

Later on, in a comment on that same post, Audra revealed the baby’s name after she found out the sex.

“I always felt it was a boy, and about a week ago kept having dreams of the name Zane,” she typed. “I looked up the name definition, and Zane means ‘a gift from God.’”

Audra’s story is revolutionary in a world where even Gilmore Girls is toying with the idea of an abortion plotline. Just last year, ABC’s Scandal showed an abortion scene to the tune of “Silent Night,” and this year, shows like Jane the Virgin, Crazy Ex-Girlfriend and You’re the Worst also highlighted abortion.

Hollywood is also churning out abortion films (unless they shine a negative light on abortion), from Grandma, which the liberal media lauded as “funny,” to Obvious Child, which film writers praised as an “abortion romantic comedy.”

Let’s hope Lifetime will tell this story – a choice for life – truthfully.

Knocked Up comes from 11 Street Productions, the same production company that worked on 16 & Pregnant, Teen Mom OG and Teen Mom 2. Lifetime partnered with The National Campaign to Prevent Teen and Unplanned Pregnancy for consultation on Knocked Up.