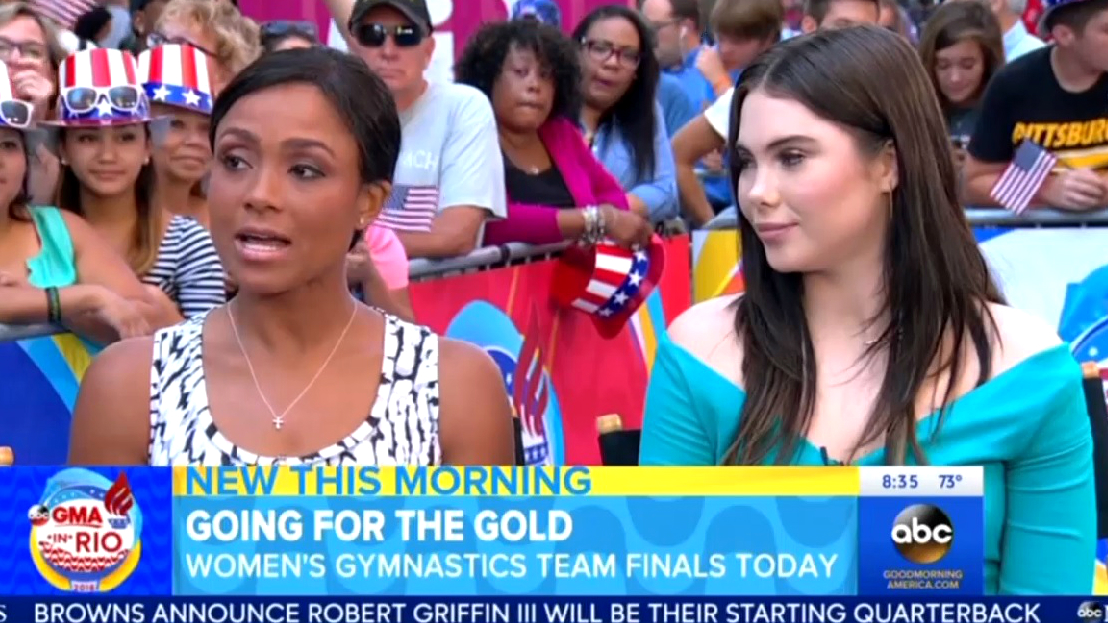 Athletes at 2016 Rio Olympics are likely focusing on God to succeed, according to former Olympians.

At one point in the interview, ABC co-anchor Lara Spencer asked the two athletes how this year’s gymnastic team handles pressure while competing at the Olympics.

“What do you think they do in the moments before?” she asked. “How do you control your breathing when you're – when you’re walking out there and you have to look totally composed and we did talk a little bit about game faces that we're seeing. How do you guys – how do they do it today?”

Instead of pointing to certain exercises or eating habits, the Olympians pointed to faith.

“I always relied on my faith,” Dawes responded. “I always had a prayer in my head: ‘I can do all things through Christ who strengthens me.’ Many of those young girls may have that same mindset as well.”

Americans may not hear it from the media, but all five of the U.S. women gymnasts competing in the 2016 Rio Olympics have publicized their faith on Twitter.