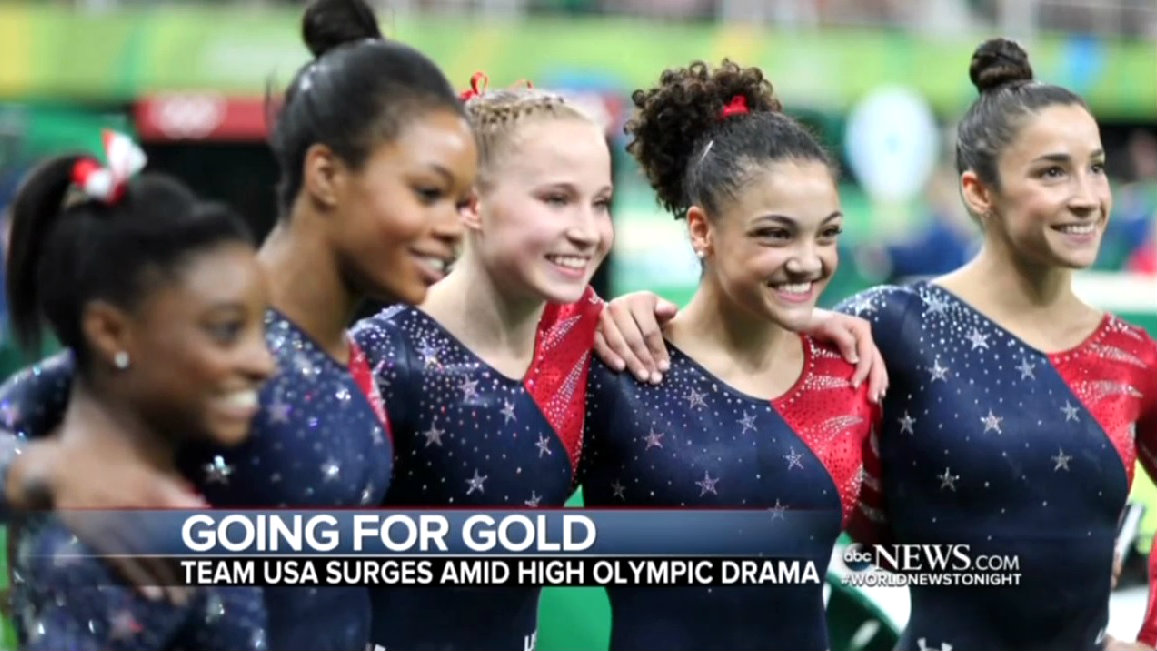 While the media rushed to report the stories of the U.S. women gymnasts as they began competing at the 2016 Rio Olympics, many reporters overlooked their main inspiration: faith.

The United States sent five female gymnasts to Brazil. The media have featured the faith of other American competitors, such as Ibtihaj Muhammad who wore a hijab while competing. But will they do the same for these women who have also publicized their faith?

Some conservative and religious media outlets have focused on the gymnasts’ faith (Christian and Jewish), many larger news outlets have yet to do so.

A Catholic, gymnast Biles lights a candle to St. Sebastian (who happens to be the patron saint of both athletes and Rio) before her events. She carries a rosary with her as well.

“My mom, Nellie, got me a rosary at church,” the 19-year-old told US Weekly. “I don’t use it to pray before a competition. I’ll just pray normally to myself, but I have it there in case.”

Biles’ grandparents adopted her after she was placed into foster care because of her mother’s addiction to alcohol and drugs. On Twitter, Biles has pointed to her faith as her way of overcoming obstacles.

These are just a few of her tweets about God: 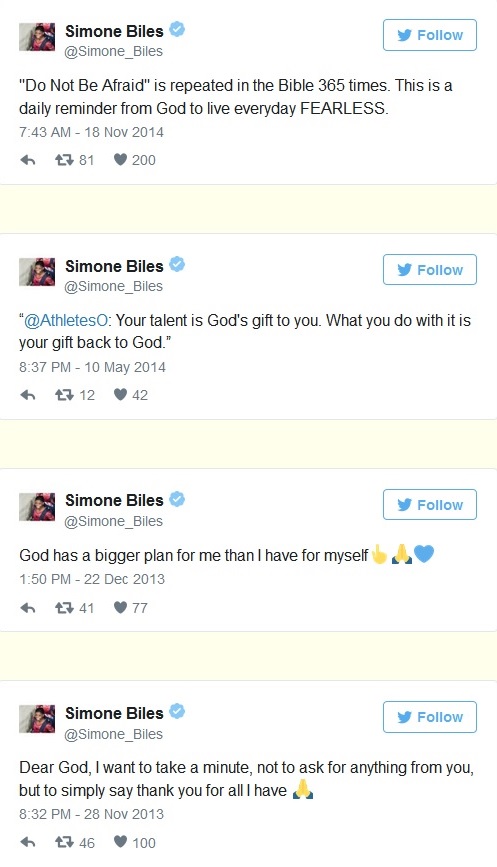 20-year-old Douglas recently revealed that she practices gymnastics to a Christian-music playlist. But she doesn’t just listen while practicing; she prays while performing.

“Faith plays a very big role in my life. I don’t know where I would be without it today,” she told Religion News Service in 2012. “And my mom always exposed me and my siblings to being a Christian and the Bible. I was watching back and looking at the Olympics and my mouth is moving — and that’s me praying.” 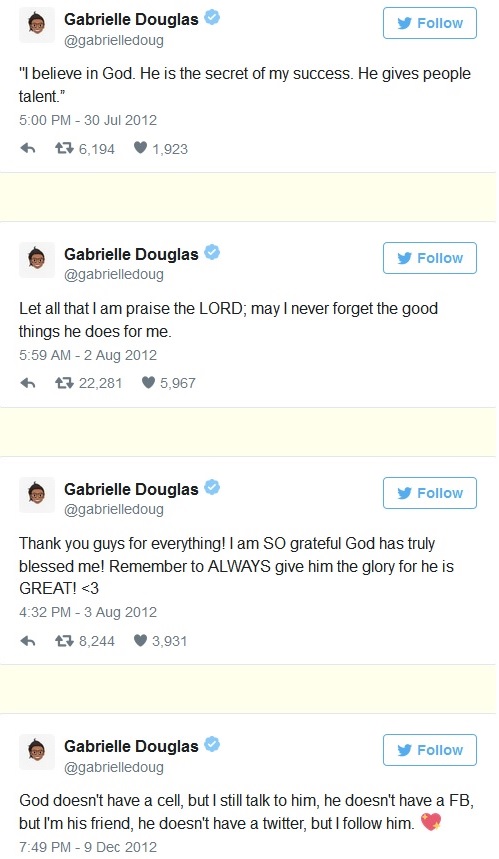 16-year-old Hernandez lists her personal motto as “I can do all things through Christ who strengthens me.” But she’s not only personal about her faith, she’s also public about it – on social media: 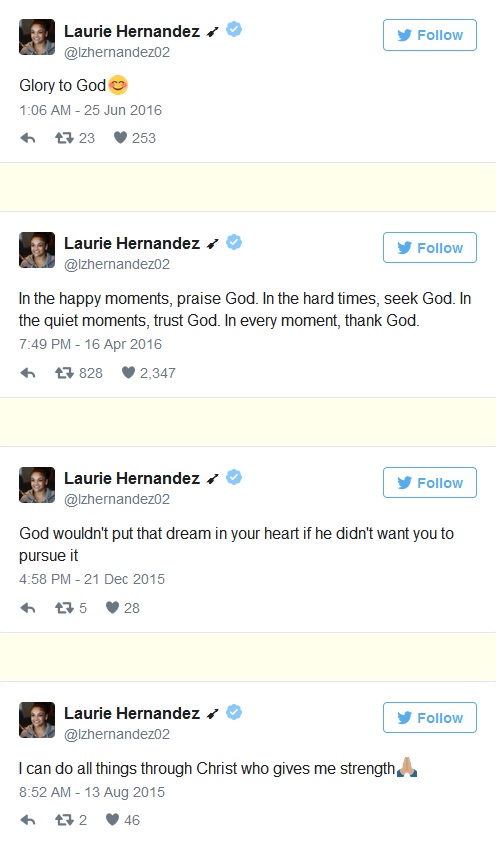 19-year-old Kocian attends church regularly with her family and lists her “lucky charm” as a cross keychain from her mom that reads "faith." 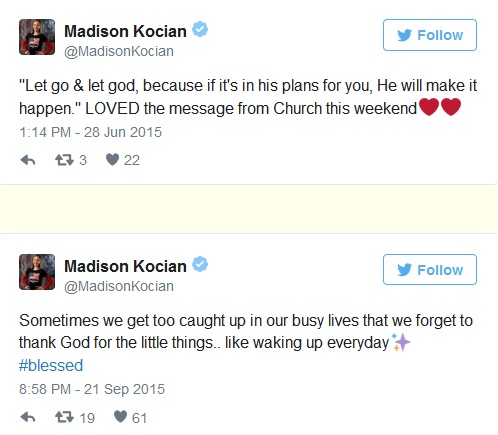 Although she’s not Christian, 22-year-old Raisman is Jewish. Raisman won a gold medal in the 2012 Olympics in London after performing to “Hava Nagila.” Afterwards, Raisman recalled the 40th anniversary of Israelis killed during the 1972 Munich Olympics.

Because of a limit of two competitors per country, only Simone Biles and Aly Raisman are advancing to the all-around final.