The View’s Joy Behar Sings For Abortion: ‘It’s My Body’

Joy Behar has a new response to any argument against abortion: the “it’s my body” song.

On Friday, the View ladies discussed actor Dax Shephard’s recent vasectomy and whether or not he should have received wife Kristen Bell’s permission before going through with the procedure. 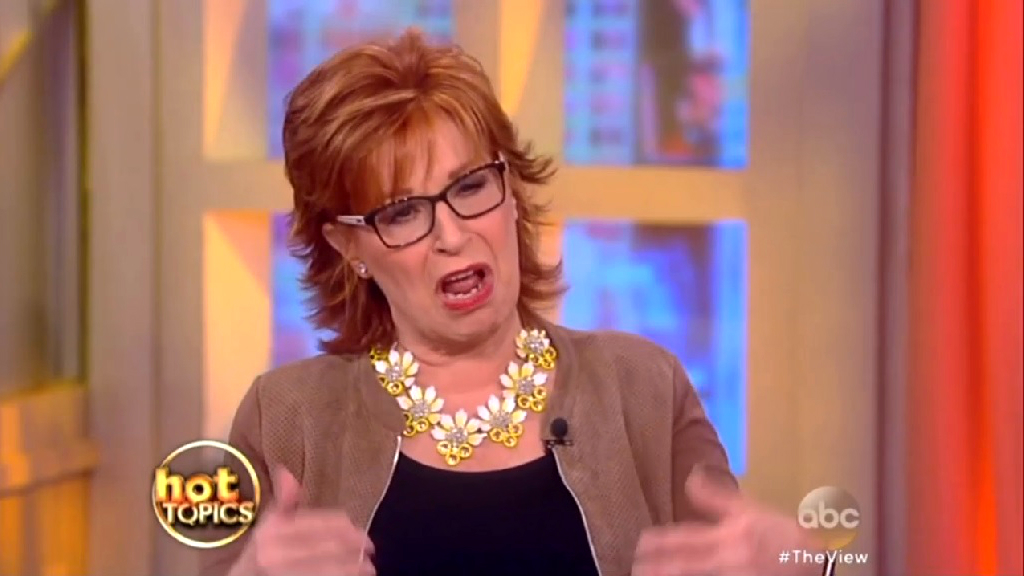 A guest on the show, Fox News contributor Jedediah Bila suggested a “double-standard in society” when talking about men’s versus women’s bodies today.

“Because oftentimes we tell women, ‘It's your body. Do as you want. You don't need to check with a man,’” Bila said. “Then we tell a man, ‘You gotta check with us.’”

Co-host Behar took the opportunity to campaign for one of her favorite causes: abortion.

“In terms of an abortion, certainly it's a woman's decision to make without consulting her husband,” Behar said. “That's the law.”

When the panel gave her some pushback, Behar became only more insistent.

In response, co-host Paula Faris pointed out that abortion doesn’t just revolve around a woman’s body. It concerns a little, unborn baby too.

Behar repeated, “It's my body.”

When Faris challenged her again, Behar tried to tune out her argument with a chant.

“It's my body,” Behar began to sing while dancing again in her chair. “It’s my body.” Video below.

Behar concluded that she would also consider getting her tubes tied “and not tell him that either” because “it’s my tubes, they’re my tubes.”

In the past, the View crew has called former presidential candidate Dr. Ben Carson “pathetic” for speaking out against abortion and slammed actor Kelsey Grammer for wearing a pro-life T-shirt. Co-host Whoopi Goldberg has also declared that abortion is legal because people are tired of “hanger” and “Clorox” abortions and insisted that there was “nothing” in the Bible about abortion.