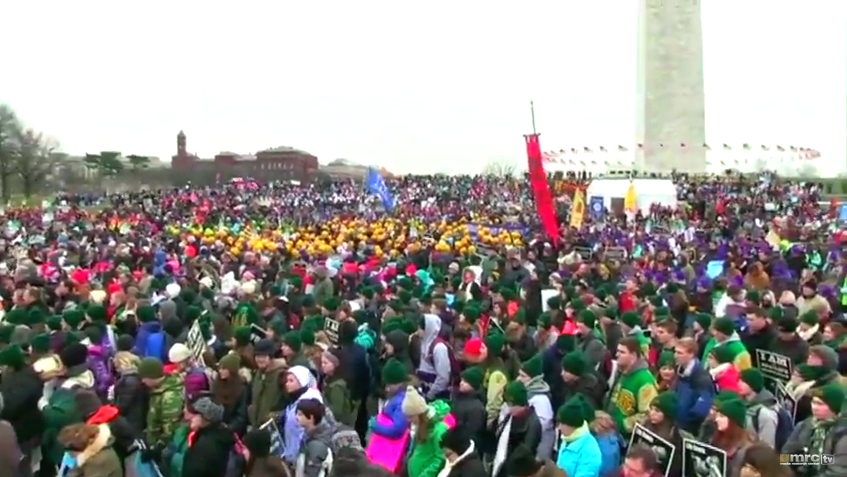 Contrary to popular media belief, the blizzard didn’t scare pro-life marchers away. It scared reporters away. Either that, or their allegiance to the liberal agenda did the job.

Tens of thousands of Americans filled Washington, D.C., Friday for the annual March for Life commemorating the nearly 60 million babies snuffed out since 1973’s Roe v. Wade Supreme Court decision. During their nationally broadcast news shows following the march (Friday night to Monday morning) ABC, CBS and NBC totally ignored the event – except as a casual reference to a group stranded in the snow.

At the same time, the three networks dedicated more than nine-and-a-half minutes – 26 times more than the march – on the debut of the National Zoo’s cub last weekend. Journalists don’t care about the unborn, but they care about the newly born if they happen to be adorable animals.

How dare they. There’s no denying that panda cubs are cute and attention-worthy. But there’s something terribly wrong when the the networks devote minutes to animals, while only sparing seconds to human beings. 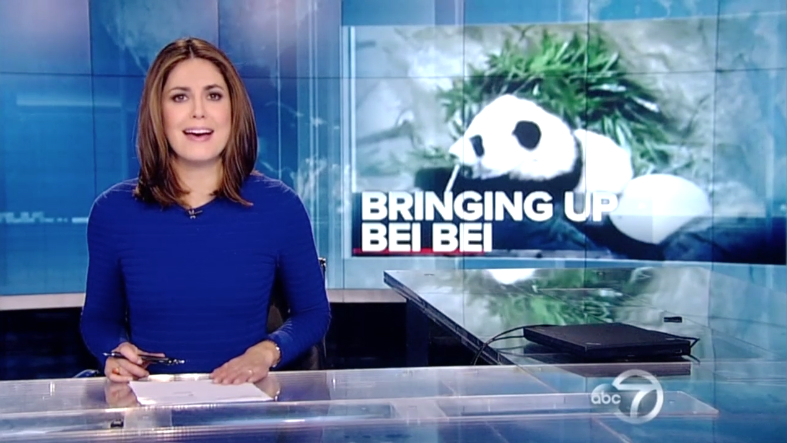 But of the networks, only ABC had anything to say about the march. Good Morning America reported Sunday on a “group of high schoolers trying to get back to Kentucky after visiting D.C. for the March for Life.” That one mention amounted to 22 seconds.

ABC and NBC also mentioned a Mass celebrated by groups stranded on the Pennsylvania turnpike, by the way. But they couldn’t bring themselves to say why those Catholics were on the road: for the March for Life. NBC’s Today called them a “church group.” 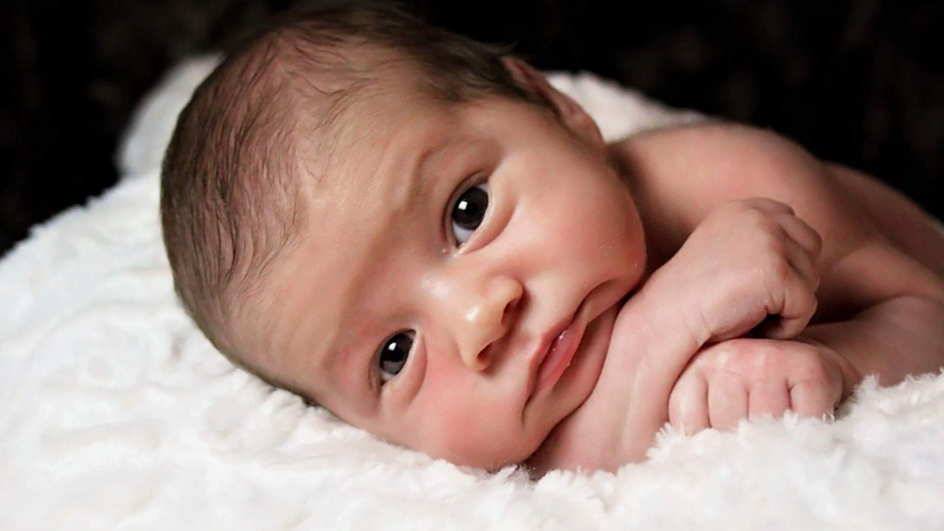 This year was no exception. The Washington Post called the 2016 March for Life “small” while The New York Times estimated “hundreds.”

There were fewer participants than years past, but tens of thousands still attended the march, according to March for Life organizers.

“We were extremely pleased with what appeared to be tens of thousands of Americans who came together to celebrate life today despite the weather conditions,” said Jeanne Mancini, President of the March for Life Education and Defense Fund, in a statement to MRC Culture. “Today we proved our commitment to this cause, and protecting all life, especially for the unborn.”

MRC Culture, reporting at the scene, captured those marchers on camera:

In 2014, the networks spent 46 seconds to the hundreds of thousands marching in Washington, D.C. Yet, ABC, NBC and CBS spent four-and-a-half times that on the Climate March.

Since 2013, the networks have devoted just 78 seconds to the March for Life. 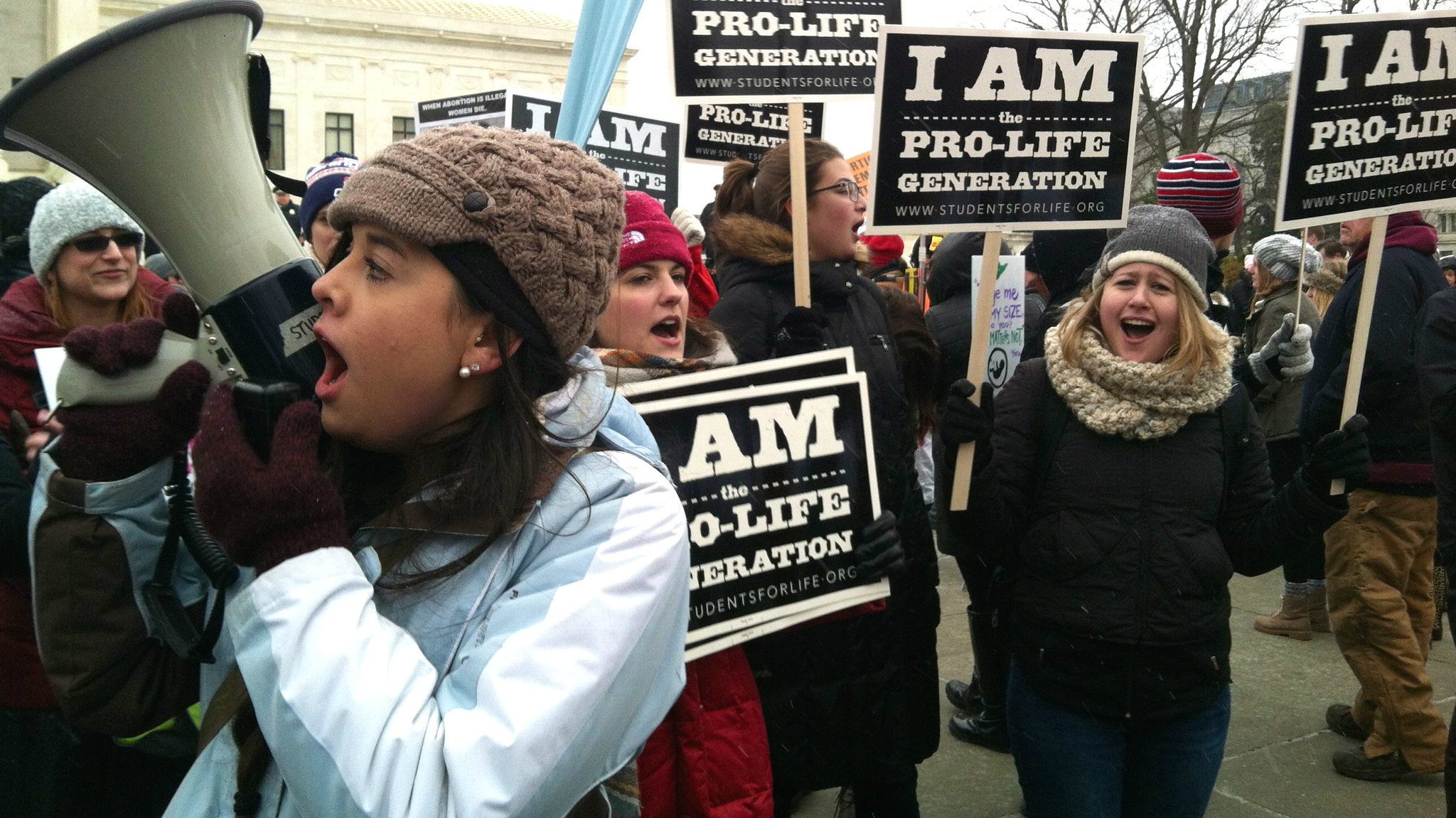 According to MRC Latino, which monitors media reporting in Spanish, Univision's national evening newscast, Noticiero Univision, spent a mere 10 seconds covering the 2016 March for Life Friday evening. Predictably, the mention came from within a report about the incoming blizzard.

“The report, by correspondent Lourdes Meluzá, explicitly mentioned the march, included images of the march, highlighted the brave souls who marched despite the weather and interviewed a marcher whose return travel plans are complicated because of the storm,” MRC Latino told MRC Culture.

At the same time, “Univision also dedicated a full, gleeful report, by correspondent Lourdes Del Río, to National Review's attacks on GOP presidential frontrunner Donald Trump, including several barbed quotes from the latest edition of the publication,” MRC Latino continued, “as well as Donald Trump's response that ‘it's a dying newspaper’ allegedly ‘looking for publicity.’”

Telemundo failed to mention the march.

Methodology: MRC Culture searched Lexis-Nexis and watched morning and evening broadcast news shows from ABC, CBS and NBC. MRC Culture did not include previews of segments in the above count. Some of shows were temporarily interrupted by live broadcasts due to the blizzard. Because of the storm, only the first hour of Today was available this past Saturday and Sunday. MRC Culture watched CBS Evening News Jan. 16 and Jan. 24 online.