It’s hardly a coincidence. Just in time for Christmas, CNN focused a full hour on Satanists – from hyping a “snake-tivity” display to defaming a statue of the Virgin Mary.

CNN’s This Is Life with Lisa Ling aired an episode titled “The Satanists Next Door” on Sunday night (of course). In the segment, host Lisa Ling explored the “new satanic movement” that is “sweeping across the nation” – in other words, the Satanic Temple. 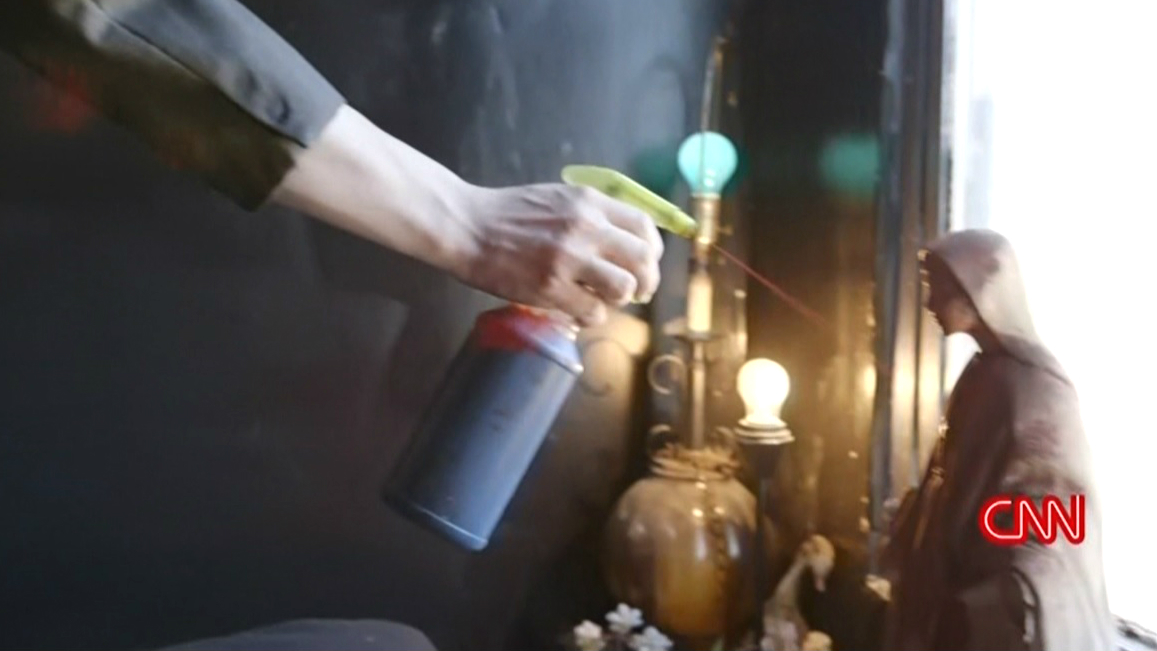 Ling was fascinated with how Satanists see themselves challenging religion in government, praising their efforts while saving her harshest words for conservative Christians.

“The Christian right wants God front and center in all matters and not just on Sundays,” she said. “But one group has formed to fight what they believe is the intrusion of Christian values on American politics. And they're rallying around the most provocative figure of all time: Satan.”

For her show, Ling focused on the largest American chapter of the Satanic Temple in Detroit, a “haven for artists and people espousing new ways of thinking, like Satanists.”

From the episode, here are the 6 most horrifying scenes delivered by CNN – horrifying, in no small part, due to Ling’s enthusiastic reporting.

To begin her episode, Ling interviewed 29-year-old artist Michael Mars, a member of the Satanic Temple.

Mars led Ling through his house into his bedroom which contained, among other things, an upside down crucifix, a Jesus picture with googly eyes, skulls, – and a statue of the Virgin Mary on his “altar.”

Ling hyped that Mars’ “journey to Satanism began with his own understanding of Christianity,” before prompting him with the question, “What do you do at the altar?”

His answer didn’t shock her.

To exemplify what he meant, Mars took out a water-spray can and started shooting red liquid in the face of the Mary statue.

Instead of criticizing him in her next question, Ling asked Mars about his feelings.

“I just wonder how it feels to deride so many of these significant figures and items in the Christian world,” she pressed.

“The Christian world can be very mocking to us and our beliefs,” he said. “I keep my beliefs in my bedroom and I don't oppose [sic] them on others.”

“In the bedroom,” except for when, you know, CNN decides to air them to the whole country.

Later on in the episode, Ling wanted to know from Mars, “Why Satan?”

“Why not? What actually has Satan done that is so evil besides rebel against God's ideas and will?” he responded. “He chooses knowledge.”

According to Ling, the Satanic Temple, “promoted seven tenets designed to inspire noble action and thought where compassion, wisdom and justice always prevail.”

For her next subject, Ling introduced Lucien Greaves, a man who helped found the Satanic Temple three years ago, as a “new religion that's main mission is to fight against church dominance in the public sphere.”

She asked him how the Satanic Temple was a “religion.”

“Religion helps define who you are,” Greaves said. “As Satanists, we are fighting for moral progress. We see how much encroachment there is of religion in public affairs and I think it's only the responsible thing to do to fight for your own deeply held beliefs.”

Ling defined those “beliefs” as: “The struggle for justice is ongoing. One's body is in inviolable. The freedom of others should be respected.” 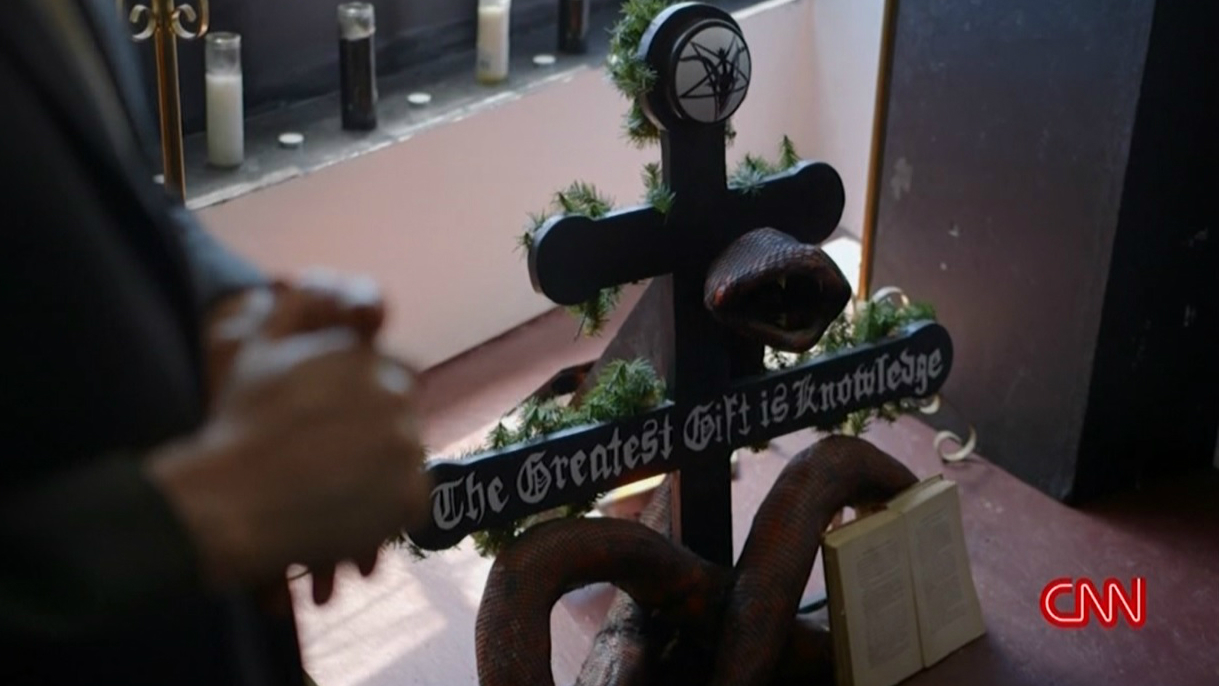 To be clear, Ling was the first to call it a “snake-tivity.”

When a nativity scene appeared in the Michigan State Capitol, Mars, an artist, used his skills to “stand with the temple” and its “fight for religious freedom,” Ling began.

For the the Capitol building, he created a “snake-tivity” with a snake wrapped around a cross with the message “The Greatest Gift is Knowledge.”

“The snake is representative of Lucifer when he chose to lead man to knowledge in the Garden of Eden,” he said. “We support the idea of Lucifer as a metaphorical figure and as influence on man.”

4. Satanists Are Passionate about Abortion

Besides the “snake-tivity,” Ling also explored “another mission” of the Satanists: abortion.

“At a time when conservatives are calling for legislation to defund Planned Parenthood,” Ling said, “the Satanic Temple hopes to reveal what they call a dangerous state-funded pro-life movement.”

For her example, Ling turned to 29-year-old Shiva Honey, who has “always been passionate about women’s rights but struggled to put her ideas into action.”

“That is,” Ling added, “until she became a Satanist.”

Walking Ling through her methods, Shiva showed her how Temple members pose as pregnant women and call crisis pregnancy centers – and record the conversations. 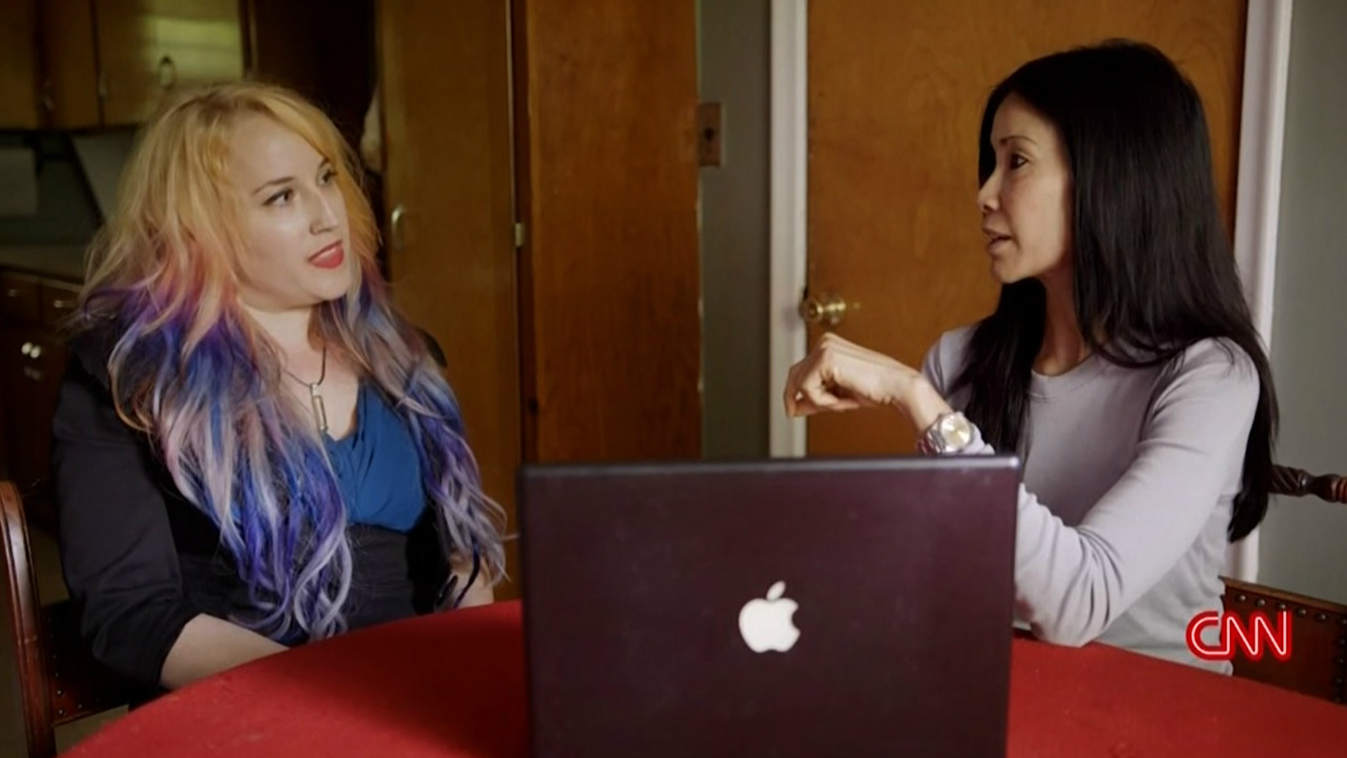 Together, Shiva and Ling listened to recordings of crisis pregnancy center counselors – one of whom linked abortion to breast cancer. Ling bashed the counselor for “completely inaccurate information” and telling a “boldface lie.”

Another recording showed a counselor calling abortion “dangerous” and warned of infection or tissue scarring that would prevent a future child.

Ling bashed again, “So rather than comforting this woman, and giving her a realistic list of options that are available, she seems to be kind of imposing these scare tactics.”

With a jar of urine from a pregnant woman and a pen camera, the two entered while Ling waited outside in the car.

As soon as they came out, Ling smothered them with questions, such as “How evident was it to you in person that they were trying to strongly dissuade you from terminating a pregnancy?” and “Did you notice any like religious publications or anything like that?”

But both Blackmore and Shiva denied being pro-abortion, when asked.

“The Satanic Temple wants women to be able to make choices about their life and their health,” Blackmore said, “using the best scientific and medical information available.”

Ling concluded that while “their position may sound rational” still “some in Detroit are having nothing to do with the Satanic Temple and their beliefs.”

5. The Unveiling of Baphomet

It was the main event of the episode: the unveiling in Detroit of a 9-foot-tall, 1-ton goat-headed pagan statue of Baphomet with children sculpted beneath.

The statue previously caused controversy when the Satanic Temple wanted it placed on Oklahoma State Capitol’s lawn, alongside a Ten Commandments monument. 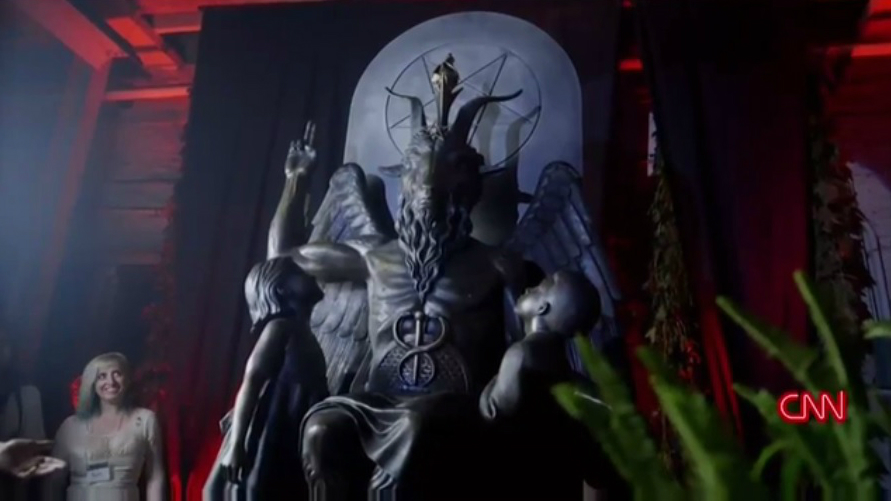 As Satanists traveled across the country for the unveiling, Ling became excited.

“I’ve been to Detroit many times throughout my life, but this time is different,” she hyped. “There is just this incredible energy in the air and people are coming here” even though “not everyone is happy.”

When she first caught a glimpse of the statue, Ling deemed it “pretty impressive.”

When Ling asked Greaves about the children in the sculpture, he announced that “The monument, if looked upon with pure eyes like children, you can see it for the work of art that it is.”

The statue, he stressed, was all about religious freedom:

“It's important for us to have this monument only because there is other monuments on public grounds. If there's a single monument representing a single religious point of view, it gives the impression that there's government endorsement of a single view.”

In anticipation of the official unveiling, Ling made sure to stress “anonymous threats that are jeopardizing everyone's security” that the Satanic Temple received.

To ensure security, all attendees for the unveiling were “required to sign their souls away to the devil,” Ling said. She didn’t say whether or not she had to do the same.

For some balance, Ling visited a local protest against the unveiling – to challenge participants about religious freedom.

“Do you think there is room in this city for everyone to be able to practice what they believe?” she asked a pastor named David Bullet. She asked another, “What's wrong with these people gathering to unveil their monument?”

While the cops were called because one protester blocked an entrance, no violence occurred.

For the unveiling itself, the Satanic Temple rented a space and turned it into a kind of Satanic night club, complete with a band, dancing, men dressed in leather and chains, people making out, a lit-up, upside down cross and shouts of “Hail, Satan!”

At the end of her show, Ling insisted on a need for the Satanic Temple.

Young people are “rejecting traditionally held values and creating their own rules,” she said. “But passing on a Judeo-Christian faith doesn't mean that young people don't long to believe in something.”

“And that's why this group is here,” she applauded.

Here in a positive way, according to Ling.

“Nearly 700 people have turned out tonight for Satan. And some are even embracing Lucifer’s look,” she said. “But mostly, this crowd is here to witness the symbol of their faith live and in person for the very first time.”

She added, “In the fight for religious freedom, Baphomet is both a symbol and a tool, and it could show up in a town near you,” she added.

“While I did witness some things that could be construed as debaucherous, I didn't see any Satanic rituals being performed or animals being sacrificed. And no matter what this group says their objections are, no matter how hard they fight for people, because they've chosen Satan as their representative, they will continue to provoke people,” she concluded. “But that's the point.”