While the media censor women who regret their abortions, reporters are only too happy to hype stories from women who have no guilt over their abortions. Case in point: A front page article by the Washington Post recognizing the positive abortion campaign “#ShoutYourAbortion.”

Last week, the social media campaign, which urges women to tell their abortion stories, went live with a website comprised of 15 YouTube testimonials from women in an effort to “destigmatize” abortion. Those videos pricked Post reporter Caitlin Gibson's interest and earned the movement a front-page spread in Monday’s “Style” section as well as an online article posted Sunday. 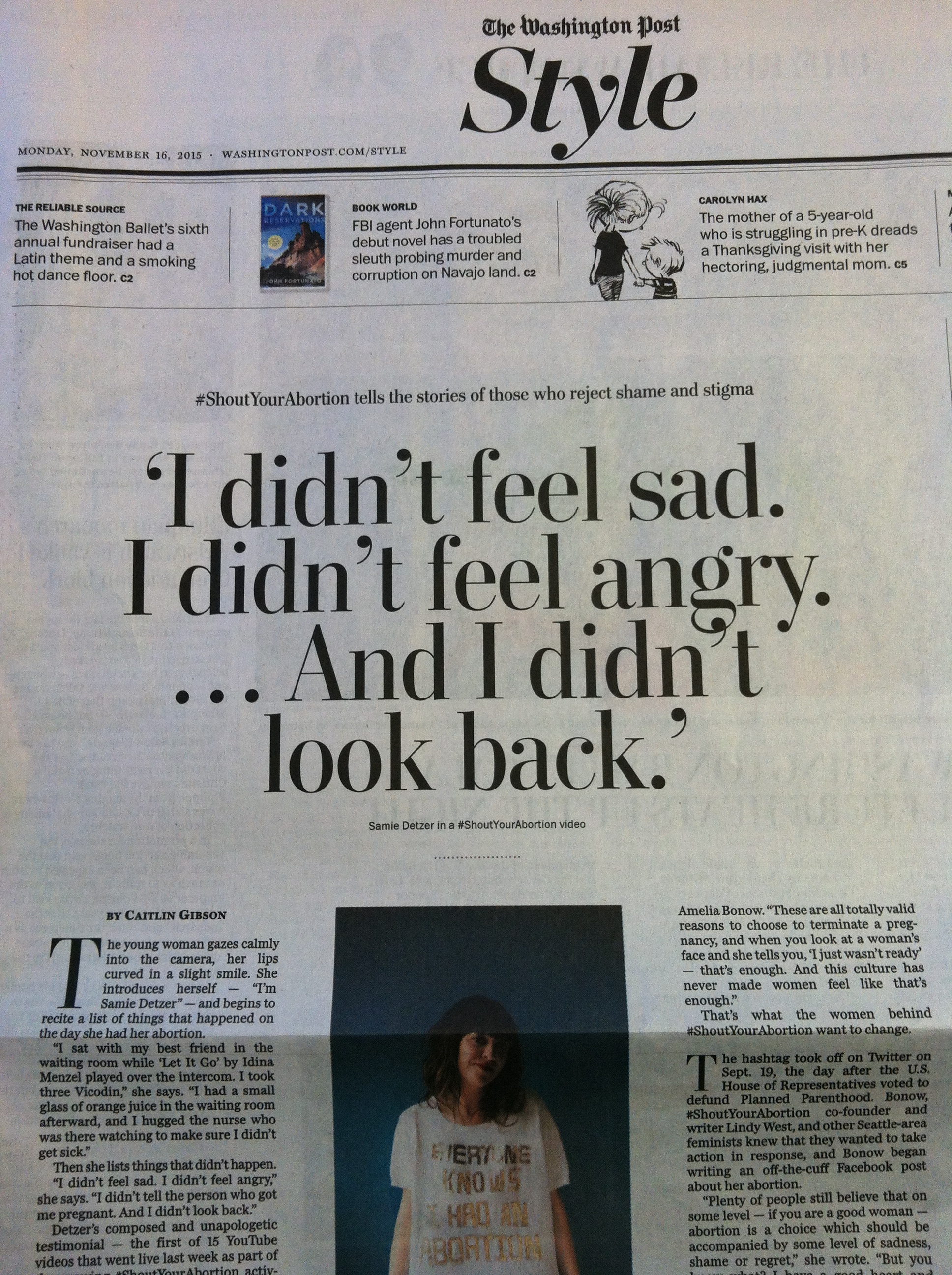 “Composed and unapologetic,” Gibson gushed, describing one woman’s video testimonial where she stated:

Gibson praised that admission as the kind of no-shame attitude that “embodies the tone of a movement.”

The reaction, Gibson said, was “explosive” with tens of thousands of tweets “within hours.”

In the Post story, Bonow listed “totally valid reasons” to have an abortion for Gibson.

“[W]hen you look at a woman’s face and she tells you, ‘I just wasn’t ready’ — that’s enough,” proclaimed Bonow. “And this culture has never made women feel like that’s enough.”

“That’s what the women behind #ShoutYourAbortion want to change,” Gibson responded. 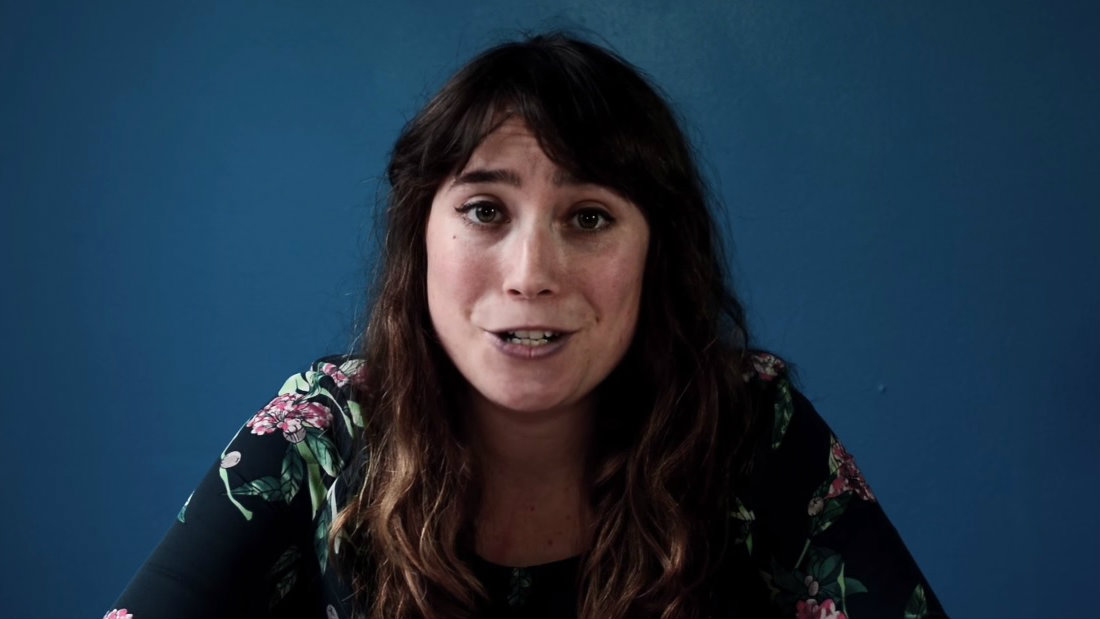 And although Bonow has received “criticism and outrage,” the abortion giants have her back.

“Planned Parenthood and NARAL Pro-Choice America got in touch” with Bonow, Gibson wrote, “offering advice on dealing with the media, maintaining personal safety and harnessing the outpouring of attention to build something bigger and more organized.”

Now Bonow has an Indiegogo crowdfunding campaign where she’s hoping to raise $100,000 for her website, YouTube channel, events planning, and “salon-style discussions.”

“This marks a significant tonal shift in the cultural conversation about abortion,” Gibson concluded. Citing Hillary Clinton’s “safe, legal and rare” 2008 comment, she continued, “Even abortion rights advocates have often posited abortion as a less-than-desirable outcome, the result of a difficult choice.”

Providing a link to Bonow’s new website, Gibson stressed that Bonow wants women to send their abortion stories to #ShoutYourAbortion, “although she acknowledges that many who have undergone an abortion aren’t necessarily willing or able to talk about it publicly.”

Bonow, Gibson added, “is aware of her privileged position,” in other words, has “easy access to high-quality health care, the support of her community and the resources to afford the procedure.” It’s a position which makes her “all the more committed to working for others to have the same access to safe and affordable health care.”