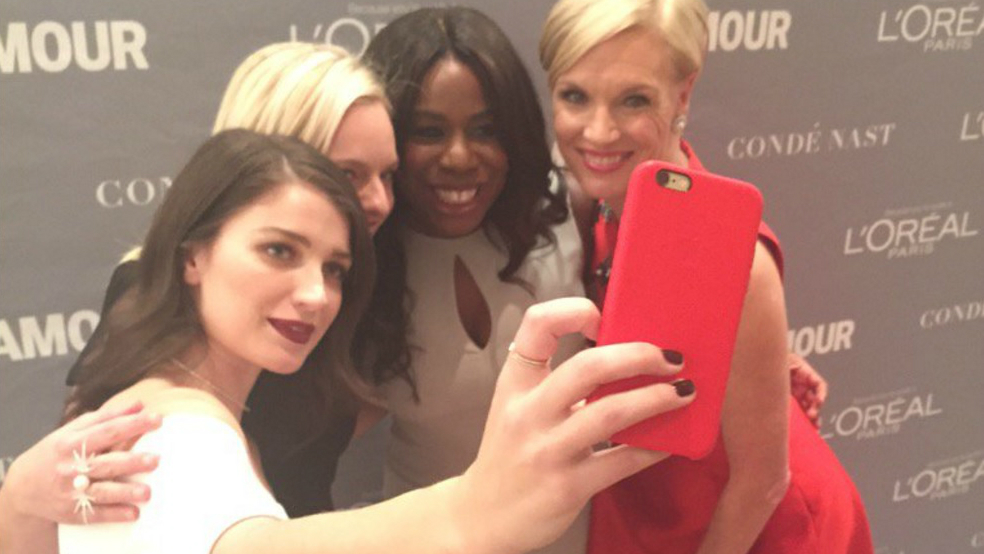 The ending of unborn life is anything but glamorous – but that didn’t keep Glamour magazine from praising the efforts of Planned Parenthood president Cecile Richards at its annual awards show Oct. 9.

Glamour hosted its 25th “Women of the Year Awards” ceremony Monday night at Carnegie Hall, where Richards was honored with “The Health Advocate” award.

Ironically (and, perhaps, intentionally), the magazine chose to honor Richards the same year in which undercover videos exposed Planned Parenthood’s practice with aborted baby parts with headlines like these:

But that didn’t keep celebrities and other big names from associating with Richards Monday night, including:

Mic’s senior correspondent Elizabeth Plank tweeted about “tearing up” at the sight of Richards:

Tearing up seeing @CecileRichards be awarded at #GlamourWOTY25 24 years after her mother received the same award. pic.twitter.com/yLn1SX0SRi

So so happy to see brave & incomparable @CecileRichards honored at #GlamourWOTY25. She thanks her mom for encouraging her to be anything!

In anticipation of the evening, Glamour posted a mini-documentary celebrating Richards. Besides featuring Richards, the video showcased praise from actresses Lena Dunham and Gabrielle Union as well as Sen. Kirsten Gillibrand (D-NY).

“In my life, I’ve had really supportive women around me. But many women don’t,” Dunham insisted in the film. “And for those women, Planned Parenthood is that sort of maternal figure… And Cecile is leading the charge.”

Union commended Richards for understanding “how important the work is, and how important Planned Parenthood is.”

For her turn, Sen. Gillibrand (D-NY) gushed over Richards who “inspires” with her “passion for service” as she “fights for women.”

Richards outlined that “fight” at the end of the film.

“The real fight is whether women are going to be full and equal citizens in this country and in this world,” Richards said. “I have every belief that we will be.”

Women who are already born, that is.

And the Empire State Building showed its “true color”: