The media won’t cover videos showing the horrific damage abortion does to babies – but they’re only too happy to promote a movie showing a young woman choosing abortion.

The movie opening Friday boasted media-praise. Here’s the trailer for a quick look:

Additionally, People listed the film as its number one pick in this week's magazine. The magazine summarized the plot:

"If Elle Reid (Tomlin) baked cookies, they'd be laced with pot. If she read you a bedtime story, it would be The Feminine Mystique. She's hardly the standard granny. But then, Elle's 18-year-old granddaughter Sage (Julia Garner) doesn't need tea and sympathy -- she needs money for an abortion. Grandma is a bracing trip around L.A. as Elle, whose savings from a career as a minor poet are nonexistent, hits up old buddies for help. Tomlin is raw as she pivots from hilarious to raging battle-ax, but she's also grieving the loss of her partner Violet and hanging by a thread.  She's the kind of woman we don't see onscreen so often, so run. Try to catch up to her."

The media praise continued with news shows and entertainment television. On Good Morning America, August 18, ABC anchor Robin Roberts spoke with Tomlin (both of whom are also lesbian) about Grandma, a movie she described as “lighting up the big screen.”

“I hope that you’re feeling the love here,” Roberts swooned over Tomlin. She expanded her praise to include the movie, “It’s funny, it makes you think.”

At one point, Roberts asked Tomlin what she wants her audience to “feel” when they see the movie.

“First, I want to hope they’ll be entertained,” Tomlin responded. “I think there – there should be more – more tolerant, more accepting of just, or just feel more empathy with humanity.”

Roberts wrapped up the interview by gushing, “Thank you for just the example that you have set in all aspects of your life and your career.” 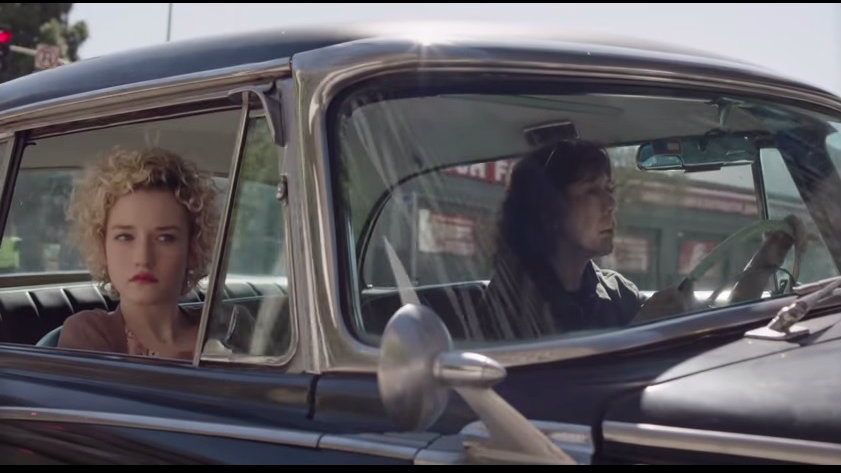 The day before, Roberts spoke with Laverne Cox, a poster child for the transgender community, and the role Cox has in the movie – although, Roberts spent a good deal of time offering her own opinion.

Commenting on the “brilliant upcoming film,” Roberts stressed to Cox, “I really enjoyed watching the film over the weekend. And it's complex. It's funny. And it really goes into those complex relationships that women have...”

Roberts told viewers, “You got to go see that.”

Roberts left out the plot of the story in her reports – not once did Roberts mention or utter the word “abortion.”

But Charlie Rose did. On August 18, Tomlin and film writer and director Paul Weitz appeared on his show, Charlie Rose.

When Rose commented that the movie was “in some ways about a political discussion about abortion,” Tomlin confirmed with a “Yeah.”

Earlier, Weitz explained his plot. “I really liked the idea that this granddaughter who’s 18 has such powerful grandmother and mother that all of the air has been sucked out of the room,” he said, “and she’s completely oblivious to women's history and also needs to be taught by her grandmother how to stand up for herself.”

“Thank God she had a grandmother,” Rose acknowledged at another point.

On his August 20 show, comedian Jimmy Fallon also chimed in on the film and interviewed Tomlin. He acknowledged that there were “great reviews” of the film and that he himself “thought it was great.”