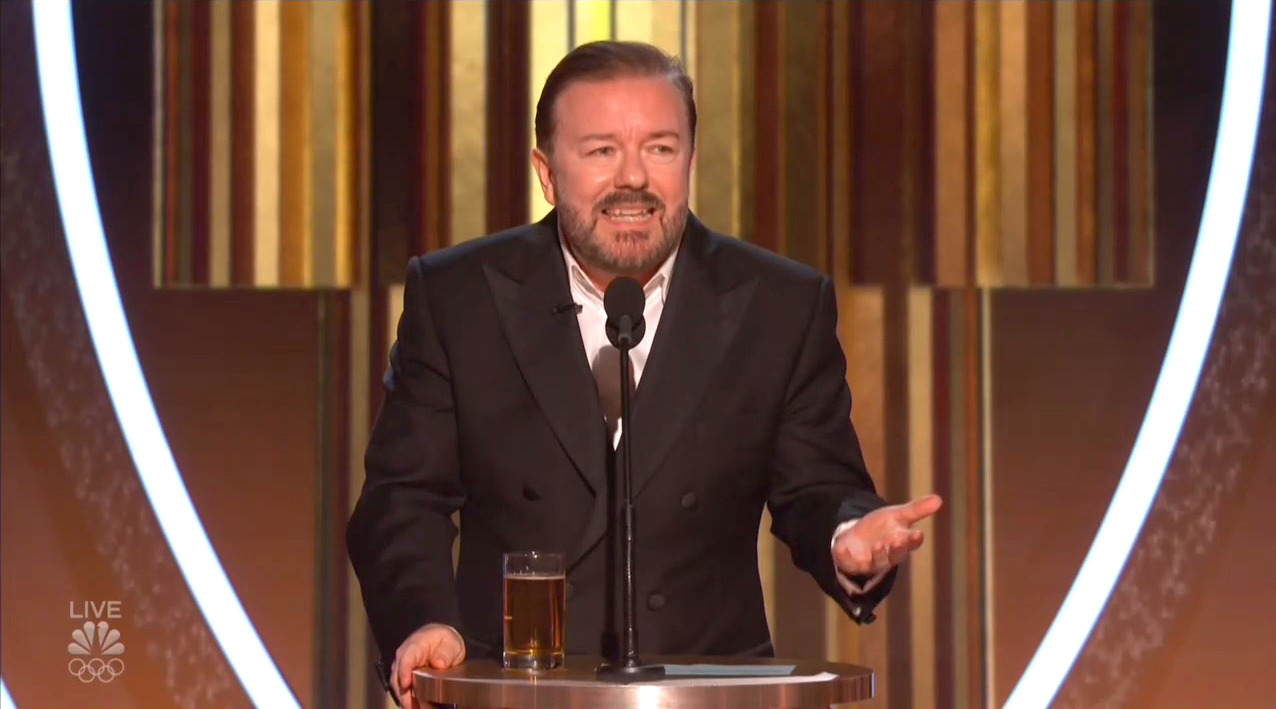 Kicking off Sunday's 77th Annual Golden Globe Awards on NBC, comedian and host Ricky Gervais, pulled no punches as he is known to do. He even voiced an opinion that must have had half of the viewing audience cheering. He told the stars and the others nominated for awards that if they should win, not to make a political speech because they know nothing about the real world.

Gervais assured all of them that though they think they are woke, they work for companies owned by some nefarious people.

Apple roared into the TV game with The Morning Show, a superb drama [APPLAUSE] A superb drama about the importance of dignity and doing right thing made by a company that runs sweat shops in China. You say you're woke but the companies you work for, unbelievable, Apple, Amazon, Disney. If ISIS started a stream service, you would call your agent, wouldn't you? So if you do win an award tonight, don't use it as a platform to make a political speech, right? You're in no position to lecture the public about anything. You know nothing about the real world. Most of you spent less time in school than Greta Thunberg if you win, come up, accept your little award, thank your agent and your god, and [EXPLETIVES].