Family in Grey’s Anatomy 'Caged Like Animals' at Border 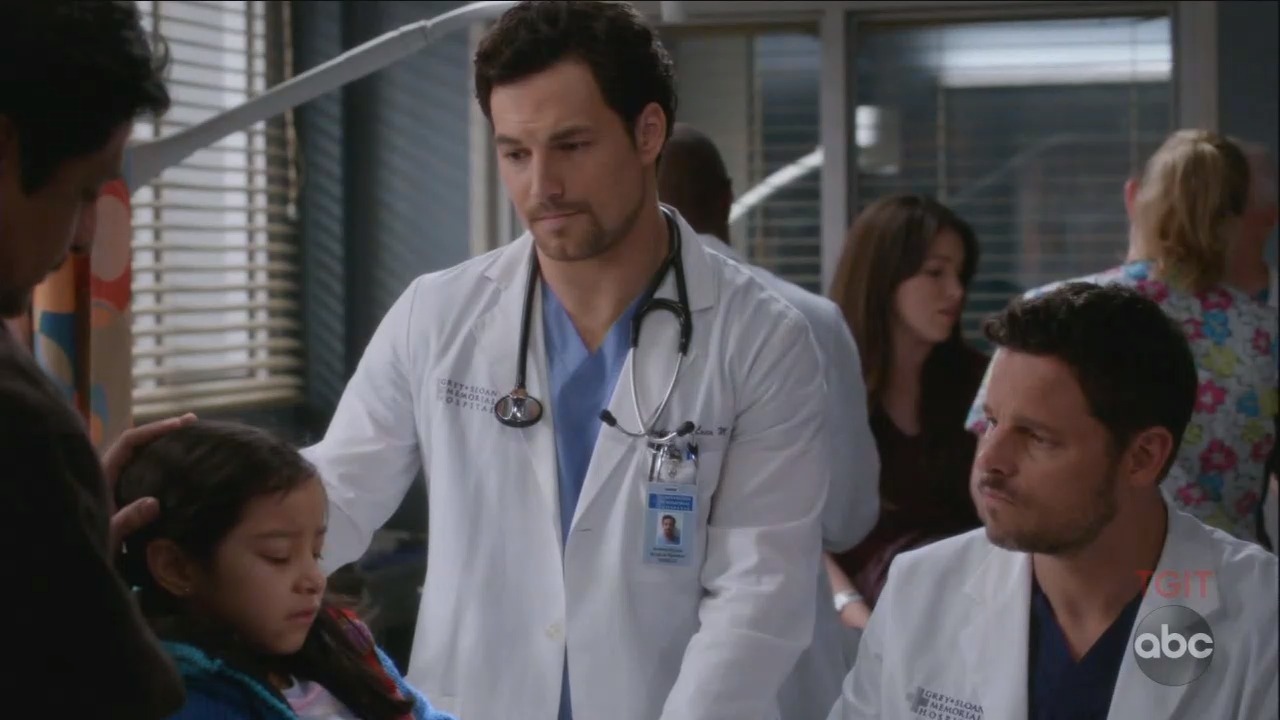 Liberal white guilt is a powerful drug. Sometimes it makes otherwise professional people do illegal acts, like commit insurance fraud, all in the name of protecting migrants. In this case, a doctor not only put herself at risk of a jail sentence but also endangered an asylum-seeker and his daughter.

In the May 2 episode of ABC’s Grey’s Anatomy titled “What I Did For Love,” a Honduran asylum-seeker, Luis, brings in his 4-year-old daughter, Gabriella because of stomach pain. As Dr. Alex Karev (Justin Chambers) looks at the child, Dr. Andrew DeLuca (Giacomo Gianniotti) explains Luis’ story. DeLuca is having difficulty getting the child’s medical history because she has been separated from her father during the time he has been in America working and getting an apartment. He sent for his family in Honduras after a year but for a reason, the viewer is not given, only Gabriella is with him. His wife and other daughter remain at the border, "caged like animals."

Karev: Hey, Gabby. Do you know when the pain first started?

Luis: She's not sure.

DeLuca: I'm having a hard time getting a detailed history.

Luis: In San Pedro Sula, I knew everything -- her blood type, vaccinations, uh, allergies. But these last few months are a blank. I know nothing.

DeLuca: Luis has been here for a year. He came on a Visa, stayed, and applied for asylum.

Luis: I waited to send for my family until I had an apartment and a job. But they were detained at the border. Separated. Caged like animals. My wife, my little Dani, is still there.

Karev: When Gabby got sick, did they treat her with anything, or...?

Luis: They gave her antacid. Nothing more.

Luis: Ho-- How much? I don't have insurance, but I have a job. I clean office buildings in Belltown, and I pay taxes. So I'm not asking for something for nothing. And I'm gonna buy one of those, uh, policies as soon as I have enough.

Karev: Well, in Washington, we take care of sick kids, no questions asked.

Note that the usual talking points are used in this scene. Luis came here seeking work, found it and now seeks asylum. He makes a point of saying he pays taxes and doesn’t want anything handed to him. His sick daughter Gabriella was only given antacids while in detention. And, most importantly for the narrative, the family was separated and his wife and child are in cages like animals, a situation that started under President Obama.

The doctors explain to Luis, who is worried because he has no insurance and doesn’t have the means to pay for surgery, that he can apply for state insurance and be accepted immediately. But then the state determines that Luis makes too much money at his job of cleaning offices to qualify for insurance coverage through the state program.

In a move of desperation, Dr. Meredith Grey (Ellen Pompeo), who has been called in for a consultation, puts her own daughter’s name on the hospital forms in order to get Gabby’s surgical procedure covered by insurance. Hello, insurance fraud!

During Gabby’s surgery, test results come back and it is determined that she has non-Hodgkins lymphoma so her treatment will last for years. Dr. Richard Webber (James Pickens, Jr.) finds out what she did and angrily tells Meredith to get off her soapbox, she could end Luis' chances at asylum by implicating him in insurance fraud as well as put her own freedom at risk. He reminds Meredith that “they don’t put your kids in jail with you.” To which Meredith responds, “Unless you come here seeking asylum.” Ugh.

In order to get her surgery covered by state insurance, the doctors' solution is to find a way to keep Gabby in the hospital for a month and then the state insurance will automatically kick in. So deportation will be avoided, Luis’ asylum process will not be interrupted because of his daughter’s doctor’s insurance fraud, and Gabby will receive the treatment that she needs. Luis will even be able to sleep in a cot in her hospital room at night so he can continue to work without losing time with Gabby.

The point that bleeding-heart liberal Meredith missed until Richard pointed it out to her was that she was potentially hurting Luis, not helping him, by committing insurance fraud. Meredith could end up in jail separated from her own children and Luis would lose his asylum request. Meredith was too busy being self-righteous to remember we are a nation of laws that even do-gooder doctors have to follow.