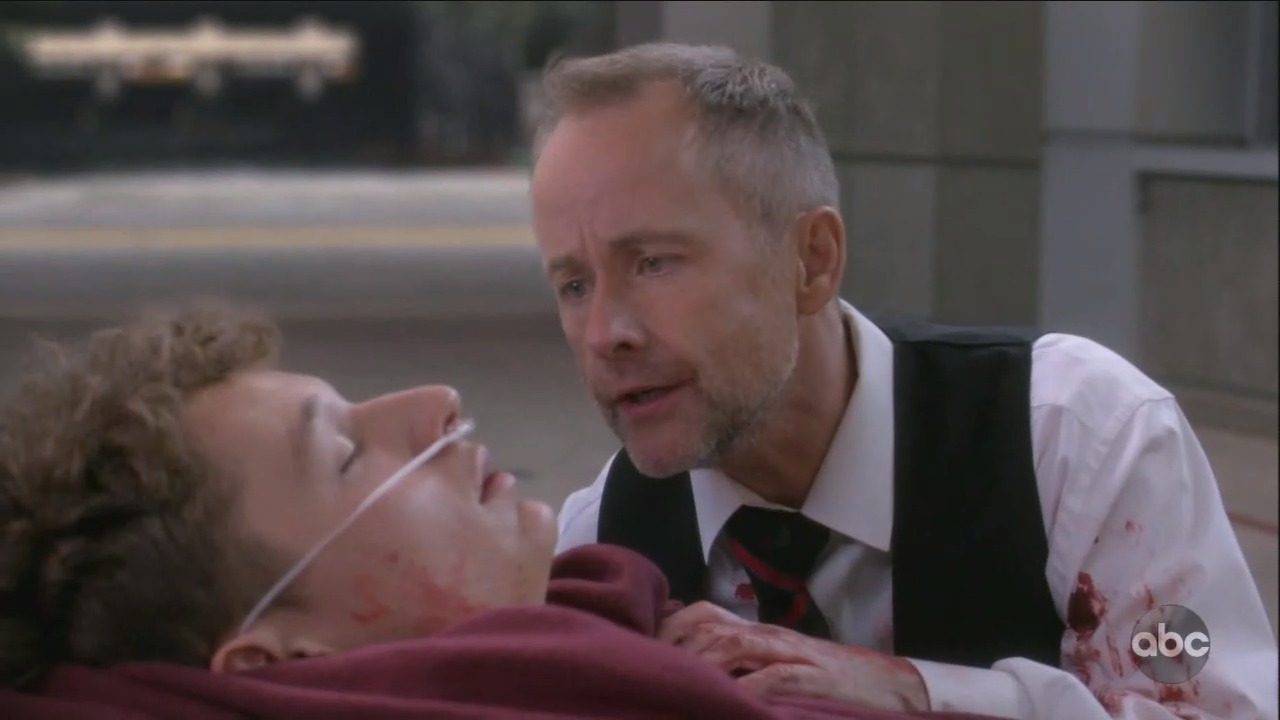 The innocent event of a parade was used to spout anti-gun dialogue because, if you listen to the doctors on ABC’s Grey’s Anatomy, random gunfire is everywhere and no one is able to avoid being a victim.

In the February 14 episode titled “I Walk the Line,” a teenage boy is brought in to Grey Sloan Memorial after he was shot by a random bullet as he performed in a Scottish bagpipe band in a parade. This isn’t the act of a mad man, though, it came from a bullet shot into the air in celebration of the parade. Nonetheless, the grief-stricken father lets the doctors know that more gun laws are needed, even if he had to reach back twenty years to tell a story justifying his opinion.

It was a reference to the school shooting in Dunblane, Scotland in 1996, which led to outlawing most private ownership of guns in Great Britain...so you can see where American gun-ban enthusiasts find inspiration.

Owen: Okay. What do the scans show?

Alex: Show that it hit a branch of the pulmonary artery and veins.

Owen: Okay, we're gonna have to open his chest so we can directly visualize any other injuries.

Jackson: All right, I'll stand by and repair his hand when you're done in the chest.

Owen: Sir, we can't let you go past this point.

Obviously the message of the episode airing on the one year anniversary of the Marjory Stoneman Douglas High School shooting in Parkland, Florida, is that we must change gun laws so shootings will never happen again.

The difference is that the gunshots 20 years ago that Seamus is talking about were in Scotland, not America. America has plenty of gun laws but criminals don’t follow the laws. Also, perfectly legal gun ownership isn’t always a precursor to sound judgment in firing the gun. In this case, Seamus’ son was wounded by a bullet from a celebratory gunshot. That action is against the law in most places. Laws don’t automatically and magically end gun violence. Gun grabbing does, though. That is what many liberals in America are comfortable with these days. Just today Speaker of the House Pelosi told the press that an increase in gun violence is possibly a reason for an emergency order by the next Democrat president.

As Colin is in the operating room, Dr. Jackson Avery (Jesse Williams) grouses about parades now being put on the list of places he’ll not be comfortable with his young daughter attending, due to safety concerns. He also mentioned playgrounds, school, malls, concerts, and church, too. To hear him talk, it is as though America is the Wild Wild West and random gunfire injury is rampant in everyday life. Owen agrees and mentions that Colin isn’t the first gunshot victim he has treated that week.

The hyper-panic over guns is how the left gets attention for their mission to take away guns from lawful gun owners in America. Hollywood continues to use examples like this episode with an innocent teenager injured to tug on heartstrings. In this case, though, the gunshot was accidental and the result of a celebratory gunshot at a parade, as dumb as that is. The laws are already on the books. The Second Amendment protects gun ownership, at least for now.