Actor Kevin Hart co-presented at the 2018 MTV Video Music Awards (VMAs) and wasted no time taking a shot at President Trump at the opening - “It’s game day. But don’t worry, at this game, you guys are allowed to kneel. Do whatever the hell you want. I don’t see any old white men anywhere.” He must have missed seeing the members of Aerosmith, including lead singer Steven Tyler!

But wait, he wasn’t quite finished. Finishing the opening of the August 20 broadcast, Hart went on to say, “See you never know what’s gonna happen at the VMAs. Beefs pop off, bad language, people running to the bathroom and sending crazy tweets. It’s basically any day at the White House. In your face, Trump. Suck it.”

The hot button issue of illegal immigration made an appearance during the performance by Logic and Ryan Tedder. Tedder played the piano while Logic sang wearing a “F*ck the Wall” t-shirt and children of families with deported relatives or detained loved ones filed onto the stage. They all wore white t-shirts with the words “We are all human beings” printed on them. The stage decoration also included a yellow crime scene tape labeled with U.S. Border Patrol, just in case the performance wasn’t in your face enough.

No MTV award show would be complete without a blasphemous song and this show continued the tradition. Singer Ariana Grande performed her new single “God is a Woman” and the stage was set as The Last Supper. She performed with 50 women onstage and the dancers grabbed themselves provocatively, as they do. This performance was hyped as “Nothing short of God-like” which was certainly overkill. Yikes. 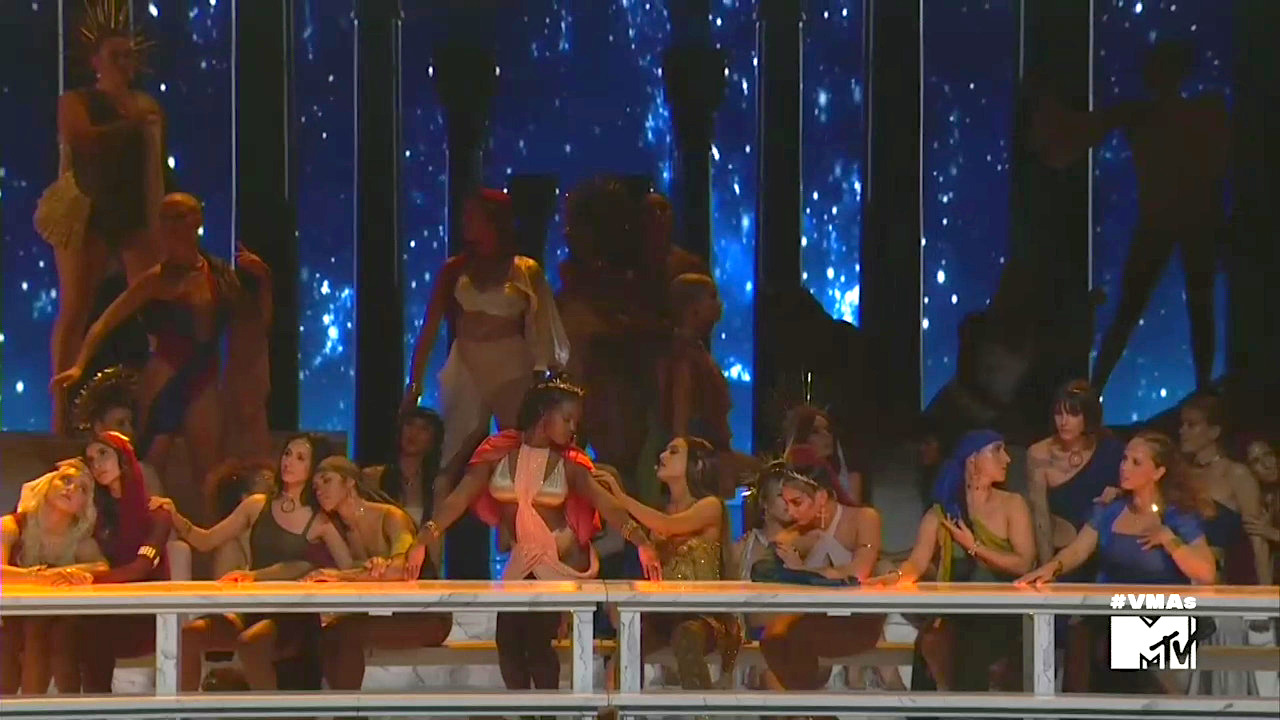 It was disappointing that there was no musical tribute to Aretha Franklin, I have to admit. Instead, Madonna rattled off a couple of stories about herself to try and say how much Aretha Franklin influenced her. It was lame and boring.

So, that’s another MTV award show in the books. I’d like to give a shout-out to all the winners who simply got up on stage and accepted their awards without social commentary or lectures. It made the slog through this show more palatable.