The Fosters continued its leftist lecturing about DACA (Deferred Action for Childhood Arrivals) and immigration policy as the second half of Season Five kicked off on January 9, with Immigration and Customs Enforcement bearing the brunt of the scorn.

The Freeform network’s show ended the first half of the season with Ximena (Lisseth Chavez), a DACA teen, holed up in a church seeking sanctuary from ICE agents on her tail. In the new episode "Sanctuary," two ICE agents and Stef Foster – a local police officer – are engaged in a turf war outside the church. Stef’s adopted daughter Callie and A.J., the son of her’s ex-husband, are in the church with Ximena after helping her escape. Stef accuses ICE of engaging in “a witch hunt” and retaliating over Ximena’s participation at a protest rally.

Stef, unfortunately, takes the side of the illegal alien family instead of upholding the law after she finds out that Ximena’s DACA status expired. Though Ximena did re-apply, her paperwork isn’t finished and approved yet. Her excuse for not abiding by the law and keeping her DACA card current? She didn’t want the government to have her family’s new address after their recent move. 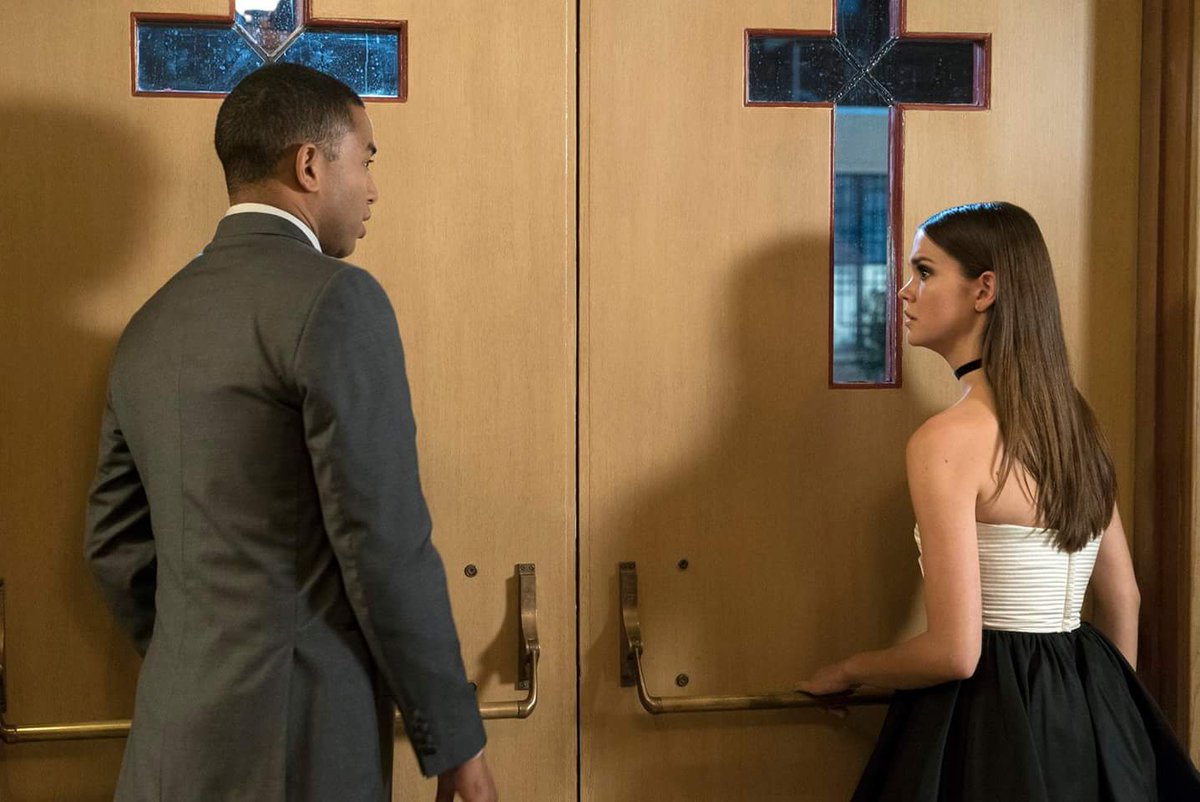 Inside the church, Pastor Nicole tells Stef, “It’s inhumane what they [ICE] are doing to people, ripping families apart.” How disgusting. To me, the inhumane act is the parents not properly protecting their undocumented minor daughter. Her parents have a responsibility to keep the girl’s paperwork up to date so that she is within the legal parameters. Instead, Ximena’s family put together a plan for her to be the guardian of her younger sister, Poppy, who is an American citizen, knowing that one day the parents would probably be found out. The catch to that plan is there is no rollover with DACA. Once it expired, so did her low-priority status, as is explained by the family’s lawyer to Stef.

Of course, Ximena’s parents are rounded up by ICE and hauled off. Poppy is also taken into custody so that she can be looked after by Children’s Protective Services. The family lawyer advises Callie to publicize Ximena’s story, saying, “Public outcry is one of the few things ICE is afraid of.” Wow. So she takes to Facebook and livestreams a message from Ximena from the church. Ximena says, “They took my family away for no reason. We haven’t done anything wrong.” Um, except for the whole "being in America illegally" thing.

Painting the ICE agents in the worse possible light, they ask the FBI to arrest Callie and A.J. to get them out of the church. The grounds of that action would be “for transporting an undocumented immigrant and interference of a federal investigation.” Then came a subtle swipe at the current administration. Mike (also a police officer) says he has been in touch with “a friend at the Bureau” who acknowledges that the FBI may very well place Callie and A.J. into custody - “If this was a year ago, there is no way the FBI would touch this. But today, ICE is putting a lot of pressure on them, so who knows?” In other words, today we have a president who is enforcing federal law, as opposed to the former president who put this DACA program into place in an Executive Order.

Stef tells the agents that these arrests are never done and when her fellow police show up on the scene, she reminds them that, “She’s not a criminal. You guys know we don’t have to comply with ICE.” So, Stef is totally down with living in a sanctuary city, though she took an oath to serve and protect. Gah. And, again, the girl is a criminal – she is in America without legal papers, solely of her own doing.

A crowd of supportive protesters grows outside the church and eventually ICE leaves. Finally, Stef takes charge of her wayward teenager and insists it is time for Callie to return home and get on with her life. Stef tells her she has college applications to fill out, she needs to finish high school and graduate - “It’s not a debate.” Nice that Stef finally found her mom voice. So only Ximena is left in the church to await the outcome of her DACA paperwork. And, naturally, the Foster family takes in Poppy until Ximena can be her guardian.

How timely is this episode? Today Congressional leaders met with President Trump to work out details on reforming DACA and begin, hopefully, real immigration reform legislation. ICE agents aren’t the bad guys. They are doing their job and deserve a lot more respect from the open borders crowd than they receive.