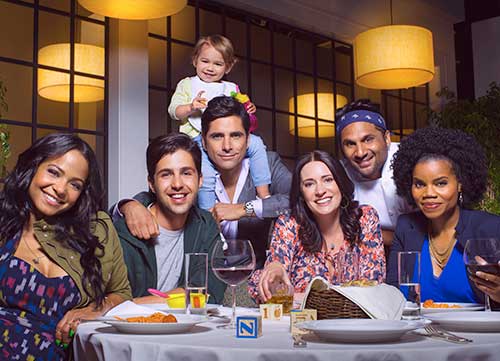 Unable to resist a dig at traditional American history, FOX’s Grandfathered quickly tosses in a line describing Thanksgiving, the quintessential American holiday, as an unethical celebration. Thanks, Howard Zinn!

In “Gerald’s Two Dads,” those sly writers at FOX toss in a slap at the first participants of Thanksgiving during a tense exchange between Gerald (Josh Peck) and his father, Jimmy (John Stamos). As he tries to shrug off the fact that Jimmy ruined the family Thanksgiving, Gerald declares, “Thanksgiving has unethical origins anyway.”

Gerald: At least we know the fryer works.

Gerald: Whatever. It's just a day.

Jimmy: No, you wanted it to be special for Edie and for you.

Gerald: It's called being mature! Look it up!

There it is. Forget about the truth that those who arrived on the Mayflower were incredibly brave human beings who risked everything in the pursuit of freedom – the very foundation of our nation’s beginning. They were “unethical.”

Can we not have a simple family-oriented primetime television show without liberal white guilt and the rewriting of American history creeping in? Not if Hollywood has anything to say about it.