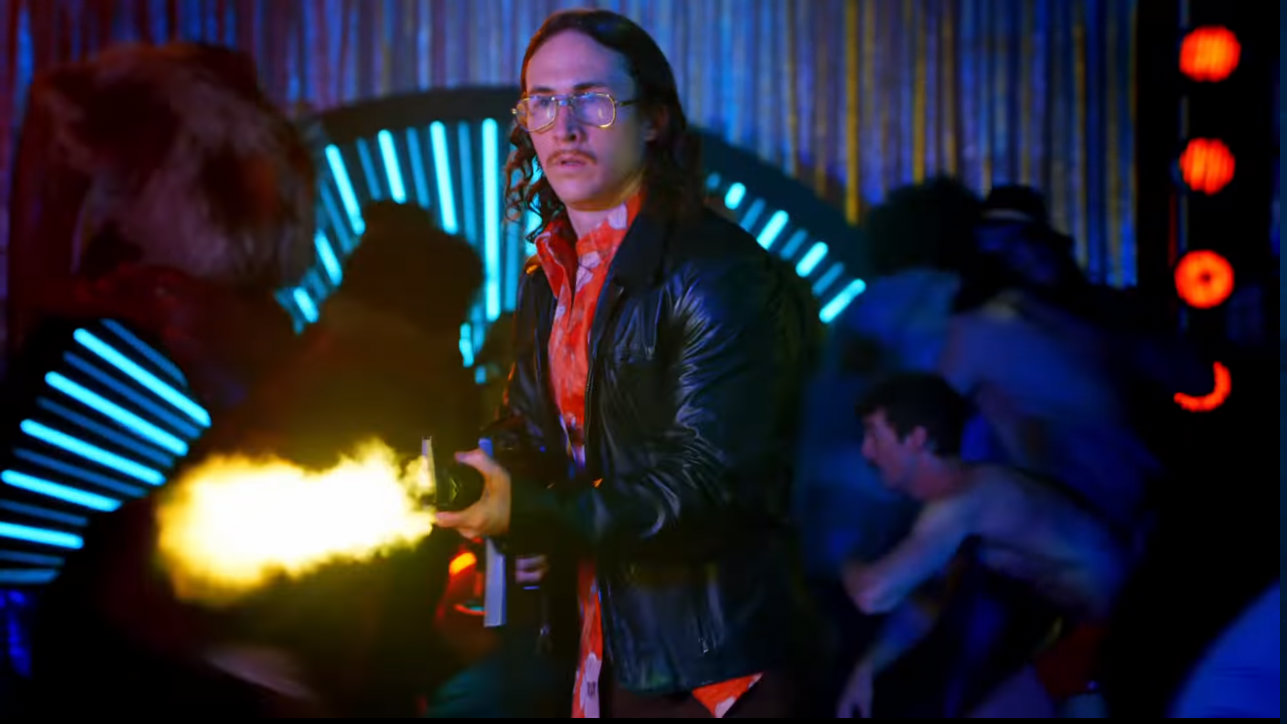 The video gave a disclaimer of its disturbing contents. It then switched to a scene of Madonna writing the lyrics of “God Control” onto a typewriter while listening to a news report of the Pulse Nightclub shooting. The video flashed back and forth between Madonna typing and people getting gunned down at a nightclub. About 2 and a half minutes into the video, the entire Pulse Nightclub shooting was reenacted in gruesome detail.

The first verse explicitly criticized America’s action -- or lack thereof -- against gun violence. Madonna sang, “Our nation lied, we lost respect [...] When they talk reforms, it makes me laugh.” Madonna especially pointed out the tragedy of school shootings, singing, “Get the kids ready, take them to school [...] Blood of innocence, spread everywhere.” Of course, she ended the verse with a call to action: “we need more than this.”

The video followed the theme of Madonna’s irreverent interest with Catholic iconography, showcasing an image of the Virgin Mary and a Catholic children’s choir. Madonna clearly exploited Christian imagery to advance a political agenda. Despite its direct references to Christianity, there was no mention of the Pulse Nightclub shooter's connection to radical Islam.

It goes without saying that there is a blatant connection between “God control” and “gun control.” The refrain of the song stated, “We lost God control”, and later on, the video showed Madonna typing, “We lost gun control.”

Six minutes into the video, Madonna used footage of gun control protests while the song’s nauseating beat and lyrics repeat in the background.

The end of the video displayed gun violence statistics that stated that over 36,000 Americans are killed by guns every year and approximately 100,000 are injured. The last blocks of text read “no one is safe” and “gun control now.”

It’s sickening that Madonna would use such a horrific shooting to shame law-abiding Americans into handing over their guns. Then again, this has been the left’s gun control tactic for years.