Jalen Rose thinks it's time to cancel the name of Mt. Rushmore. 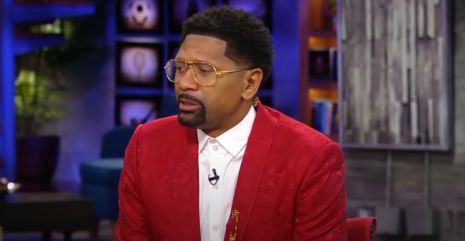 The former NBA star and current ESPN analyst posted a video on Twitter claiming that using the name of the iconic national landmark when having discussions about the greatest figures in specific areas (athletes, entertainment, singers, etc.) because he claimed that the term is offensive to Indians. He also used a bit of revisionist history to highlight the “offensiveness” of the landmark, as most woke progressives with an agenda tend to.

Here's why using Mount Rushmore to define greatness should be retired immediately. pic.twitter.com/mtYYTtKFSa

As we learned from the clip, Rose has a history of avoiding using names referring to Indian culture in any way (Redskins, Indians). But this might be his most ridiculous attempt to not harm people’s feelings.

Rose used the tired and overused argument that this land was “stolen” from Indians to make it seem like Americans were an especially oppressive people (even though all Indian tribes also engaged in bloody land conquests with each other before white settlers entered the scene). Rose proceeded to claim that Rushmore was built on an ancient burial ground as an added level of disrespect to the Lakota tribe that lived nearby.

“And 25 years later — to add insult to injury — four American presidents were put on what we call Mt Rushmore. On the top of the dead bodies that is buried right underneath,” Rose said.

While the mountain was annexed by the U.S. government in 1877 after gold was discovered there, the mountain itself was not a burial ground and no graveyards were disrupted when it was annexed. Questions can be raised about the ethical nature of how America got the mountain, but it's not a massive dark spot on the history of Indians Rose would have you believe.

So the next time you find yourself debating who the greatest athletes, singers, or actors are and you feel the urge to say “Who belongs on the Mt. Rushmore of this category?,” don’t resist. It’s not offensive, and no sensible Indians will hate you for using it.