TV Actress Defends Her Decision To Get An Abortion

Laura Prepon, who stars in the show “Orange Is The New Black,” shared her experience with abortion in hopes to convince others that murdering babies is okay. 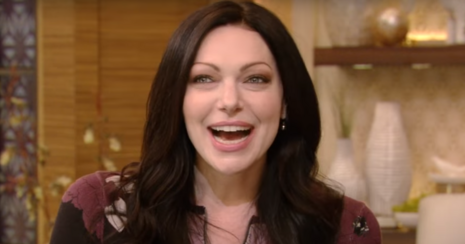 Prepon detailed in an Instagram post that in 2018 she and husband Ben Foster terminated a pregnancy in the second trimester because the baby had developed cystic hygroma, which is an abnormal development in the lymphatic vascular system. The doctors at the time told her the baby would likely not make it to full term and that getting an abortion was necessary.

“Our neonatal specialist told us the brain was not growing and the bones were not growing,” Prepon said. “We were told the pregnancy would not go to full term and that my body was at risk carrying any longer. Ben held me as I cried. We had to terminate the pregnancy.”

The rest of the post was an emotion-driven cry for women to fight to have autonomy over their bodies.

Despite all the emotional appeals, Prepon cannot hide the fact she made a huge mistake.

Yes, her baby having a condition as serious as that certainly does not spell a long and healthy life for the baby, and the risk it posed to Prepon was certainly noteworthy.

However, the fact that there is a chance that the baby might not live does not mean the doctors or Prepon are given a murder-with-no-consequence card. Killing a baby without giving it a chance for life does not make a situation better, you have to give the baby a chance for survival.

For example, one woman who was a missionary in the Philippines in the 1980s was taking strong medication to combat amoebic dysentery, and was told that the amount of medicine she had received would likely damage the baby that was in her womb while taking the medication. From the beginning of her pregnancy, doctors advised the woman to get an abortion, but she refused.

Nine months later, Tim Tebow was born, and he has been a blessing to the world since then.

So if Prepon didn’t get the abortion, would that mean her child would be alive today? We cannot know, but at least Prepon, her husband, and the doctors would not have blood on their hands. Life is precious, and no matter what complications babies may face when coming into the world (or getting ready to come into the world), they should not be killed just because their lives might be difficult.

Another factor to consider is that Prepon could face health complications. That is fair, but pregnancy is risky and has a lot of complications that come with it, all of which the woman assumes responsibility for when she becomes pregnant. And if a situation becomes difficult, that once again does not give you the right to kill someone else to save your own skin.

While Prepon and countless others want to defend their decisions, they cannot do so with any form of logic. Abortion is not the new life-saver, it is an act of murder no matter your reasons for it.