Congress is spending a significant amount of time and resources on investigating the Washington Commanders and their owner Dan Snyder, something that U.S. Representative Byron Donalds (R-FL), deems unnecessary. 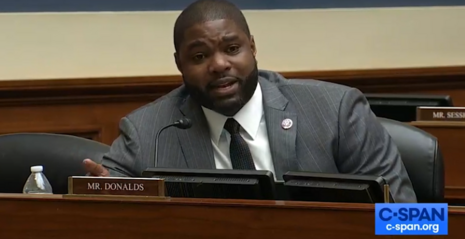 During the House Committee on Oversight and Reform hearing on Wednesday, Donalds inquired of chairwoman Carolyn Maloney (D-NY) as to why Congress was focusing on resolving issues within a sports entertainment league rather than within the country at large, which is what Congress would be doing.

“How does continuing this hearing actually relate to a legitimate task of Congress, in the face of record high inflation, record high gas prices, a completely unsecured border, a fentanyl crisis that is killing more people between the ages of 18-45 than any other cause in the United States, a baby formula crisis, a tampon crisis…” Donalds said.

Maloney banged her gavel and tried to silence him, Donalds continued to speak his mind.

“You can bang the gavel all you want but I don’t really care,” he said.