The International Rugby League’s (IRL) decision to ban transgendered females from the sport is not being celebrated by all. 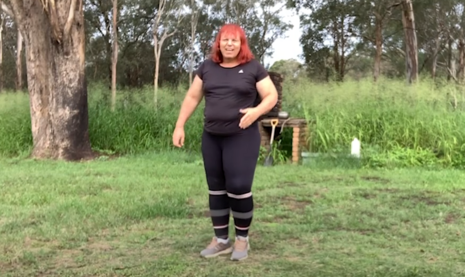 Former rugby player Caroline Layt, who played rugby before and after his transition to becoming a female was completed in 1998, calls the decision “disappointing.”

"We are human beings, we have feelings, and we feel like we are being singled out," Layt said.

The rest of Layt’s attempt to criticize the ban followed the typical “it’s trans discrimanation” line of thinking that we are unfortunately so accustomed to hearing, but Layt said something that highlighted the logical bankruptcy of anyone that chooses to transition.

Layt said he felt like he was a girl from the age of four, and that had society been more accepting of his feelings, he wouldn’t have to have gone through male puberty.

"We are human beings, we have feelings, and we feel like we are being singled out," Layt said. “I transitioned a long, long time ago. They don't seem to listen to the fact that it is inherent, and it is also intrinsic to us that we were female from a very early age."

People like Layt end up believing a lie that because they feel something strongly, then it must mean that their feelings should guide them and others to base reality off of feelings. Like Layt said, he felt like he was a female even though he went through male puberty (which shows that he knows the truth about his gender identity).

In this case (and in all transgender cases), they have to ignore the fact that biology, reality, and common sense show them that their feelings are not fact and therefore should not be indulged. Then, when any person, government institution, sports league, etc. decides to uphold truth and common sense at the expense of “inclusion,” Layt and others play the victim card and act like they are oppressed and bullied.

It is sad that so many people believe these lies. We can only hope that someday they will realize their folly and come back to their senses.