Curt Schilling Blasts Clinton For Her Stance On Jan. 6 Hearings

Now that he doesn’t have to worry about the political opinions influencing his chances to get in the Hall of Fame, three-time World Series champion turned conservative radio host and commentator Curt Schilling is continuing to speak his mind on political matters. 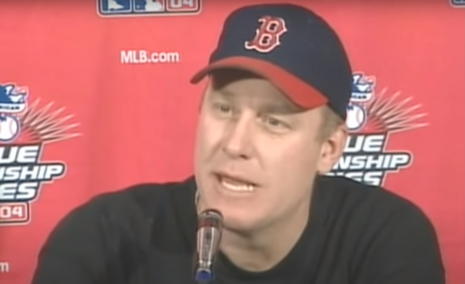 Schilling called out former presidential candidate Hillary Clinton for a tweet she published on Tuesday, in which she criticized Donald Trump for questioning the suspicious results of the 2020 presidential election.

You, honestly, need to STFU and thank the Lord you are not in jail. You and your teenage groping mutant are one of the many reasons legal American citizens despise DC. You two represent ALL that is wrong with the left and with politics. https://t.co/3rMKxlxB33

Schilling’s tweet was a necessary reality check for Clinton, who also claimed once the Jan. 6 hearings started last week that the results of any election should not be questioned and that American’s right to choose their leaders should never be jeopardized.

The latest January 6 hearings show that Trump knew he lost the election.

His own people told him he'd lost the election.

He then chose to wage a criminal conspiracy to overturn the results and prevent the peaceful transfer of power for the first time in American history.

That’s pretty funny, considering that Clinton was the primary champion of the narrative that Russians interfered with her election against Donald Trump in 2016.

So which is it Hillary? It looks like election results are only ok when they give you what you want (which is exactly the point).

Despite ramping up his intensity, this is far from the first time Schilling has gone against the political grain with his views. In 2016, he was fired from ESPN for making comments that were deemed transphobic.

"A man is a man no matter what they call themselves,” Schilling said in a Tweet. “I don't care what they are, who they sleep with, men's room was designed for the penis, women's not so much. Now you need laws telling us differently? Pathetic."

Schilling should make it his full time job to call out political nonsense.